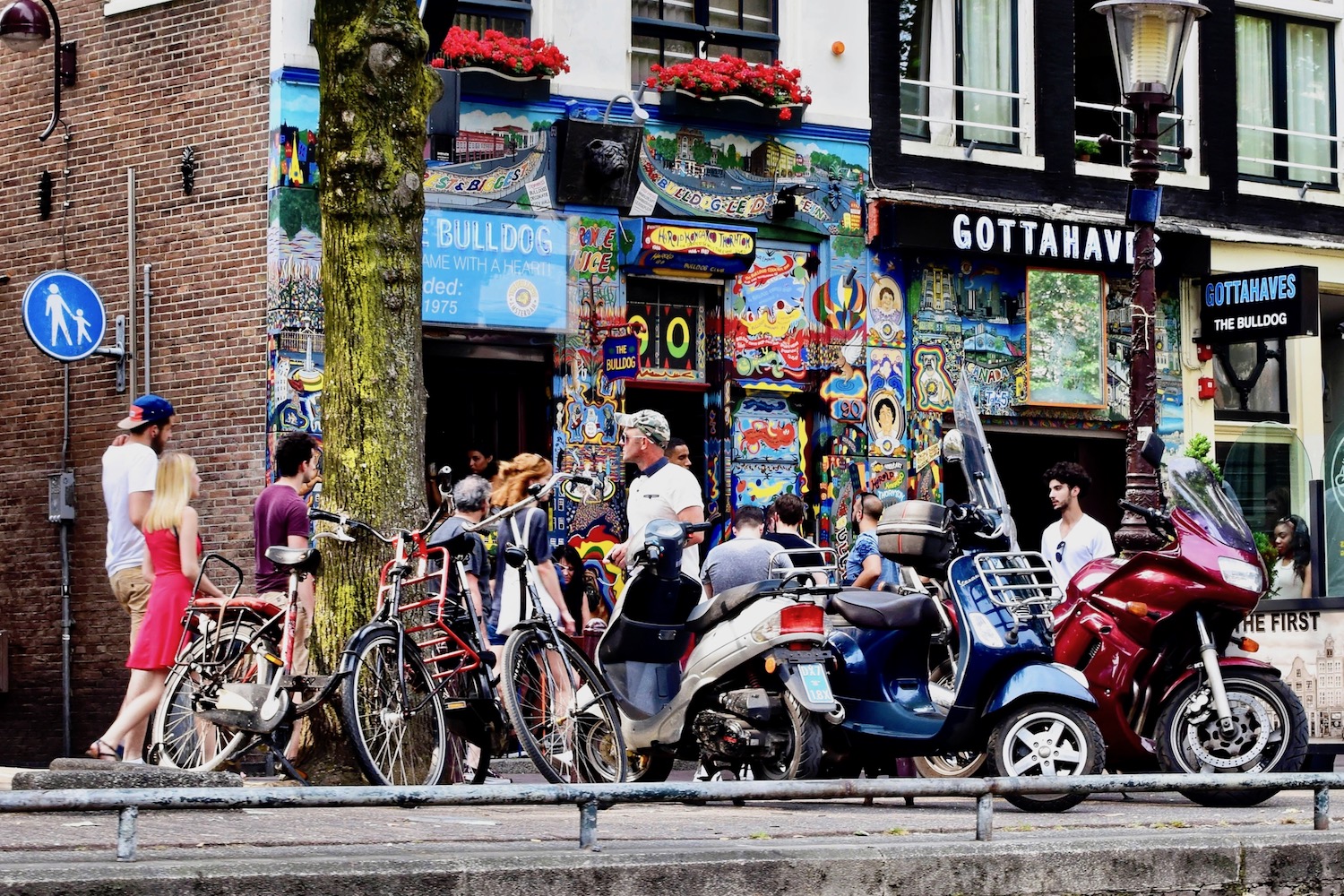 Ah, Amsterdam. Often you will get the sticky sweet smell of a joint as you walk around town. A visit to Amsterdam is generally associated with a visit to a coffeeshop. Not always, but generally. Here is some information about coffeeshops, the culture, the law, and the changing situation. The Netherlands used to be one of the only places in the world you could walk around smoking a joint and not worry about being arrested. It seems this tolerant situation is finally spreading to the rest of the world. The war on drugs has become ‘the sensible war on not all drugs’.

Firstly, many of the US states have fully legalised growth and sale, including Canada, Uruguay, Belgium, Portugal, and Switzerland, to name just a few. So does that mean going to Amsterdam to get stoned is less of a pull factor than it used to be? Indeed and in many ways, the timing is good as Amsterdam wanted to lose that image anyway. 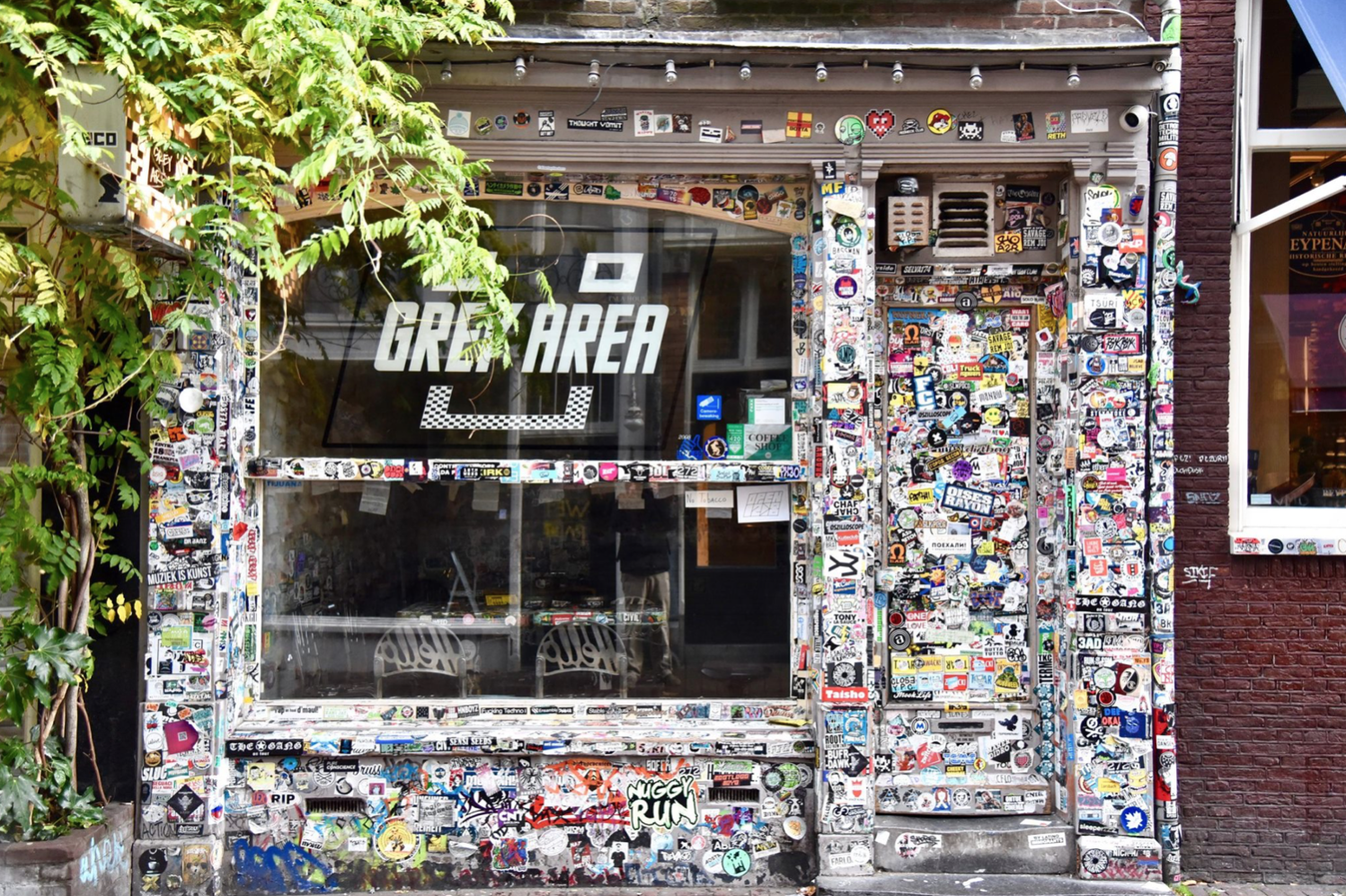 Ten municipalities will soon start the cultivation experiment. It is interesting to note that 26 applied in total. It will be a good revenue source.

Coffeeshops back in the day.

People would not recognise old Amsterdam if they could travel back in time. It was so different. The ’60s were over, and Amsterdam was a peace and love place with a reputation for tolerance. Artists from across the world flooded to Amsterdam. In the ’70s, the drug laws changed, and possessing small amounts of cannabis was no longer a police issue. So too was smoking it in certain cafés known as coffeeshops. Over time an industry sprung up. Nowadays, the ‘industry’ has tight regulations. Amsterdam has lost roughly half of its coffeeshops in the last decade. The oldest one, ‘Mellow Yellow’ was forced to close due to new laws banning coffee shops within 250 metres of a school. 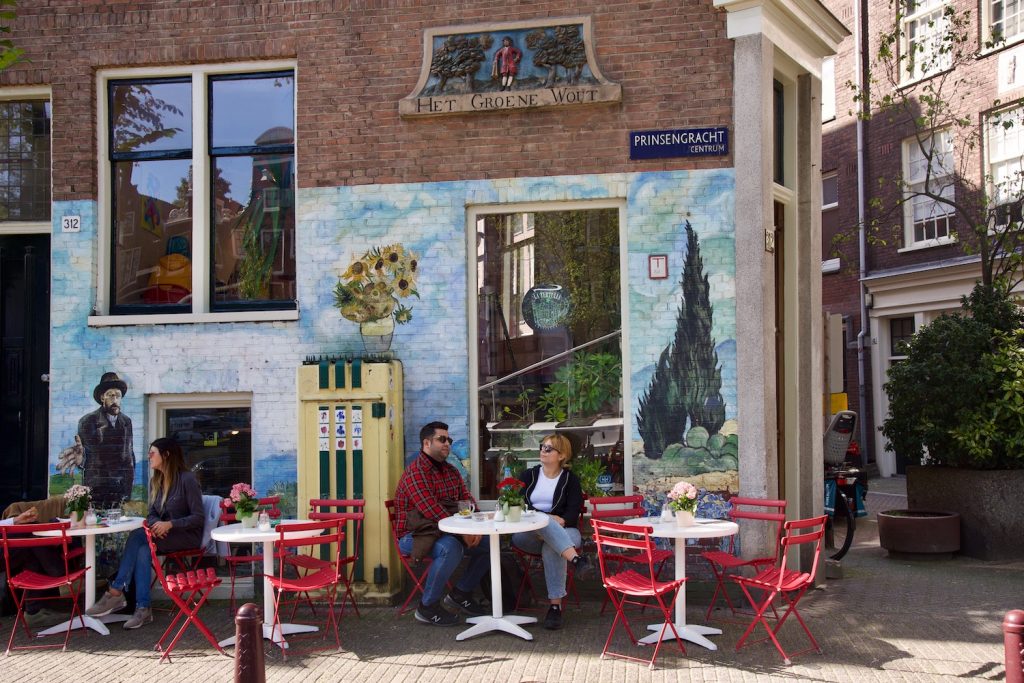 You cannot buy alcohol in a coffee shop. Many have a range of delicious drinks and foods for you to enjoy. Rules for the owner include:

Since the implementation of the smoking ban in the Netherlands in July 2008, it’s technically illegal to include tobacco in a cannabis cigarette. Other new laws in February 2018 banned Separate Smoking Spaces (SSS). It remains unclear at the moment how this will affect coffee shops. Only 10 per cent of coffee shop users do not use tobacco. Everyone else adds tobacco to their joints.

Amsterdam has the highest number of coffee shops in the country. A coffee shop operates just the same as any other legal business. Well, almost, as it cannot provide invoices from suppliers. It is exempt from some regular business administration. 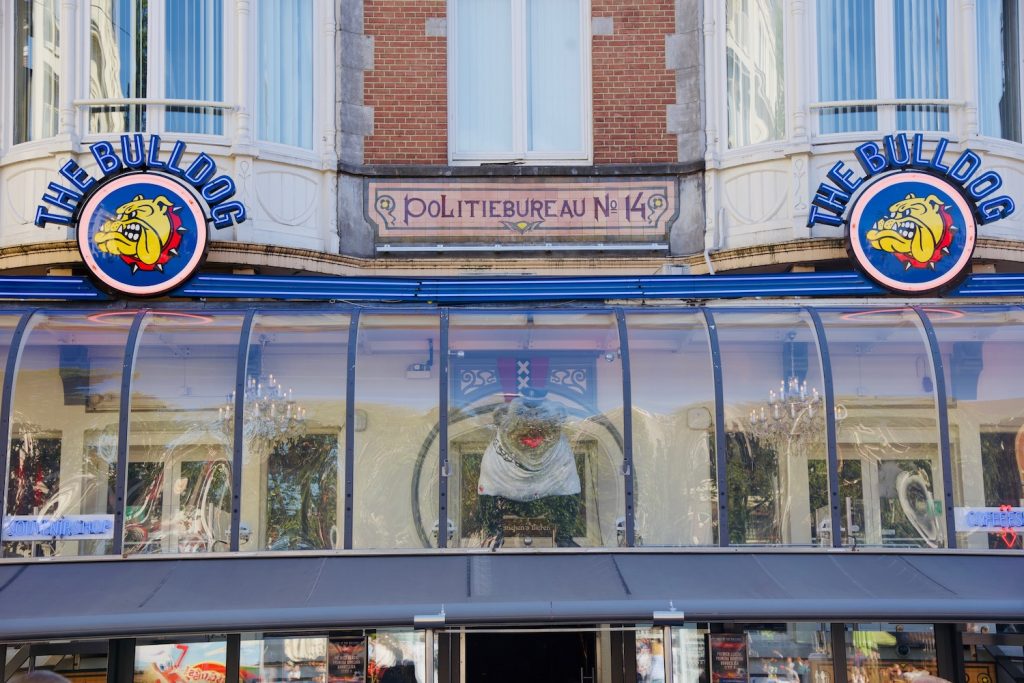 The Ministry of Security and Justice

The ministry is responsible for combating drug trafficking. It is focused on stopping the drug trade by the significant organised gangs.  There are clear and written differences between hard and soft drugs. Hard drugs include heroin and cocaine. Soft drugs have a policy of gedoogbeleid, tolerance. You can carry 5g of grass on your person and home grow up to 5 plants.

The Netherlands has one of the lowest per capita death rates due to drug consumption.

It also is often the source of production for synthetic drugs such as ecstasy and methamphetamines. These are not for sale in Coffeeshops in Amsterdam. The police are raiding drug labs all the time, often in farms in the middle of nowhere. Many drugs are also arriving in Rotterdam, Europe’s largest port. 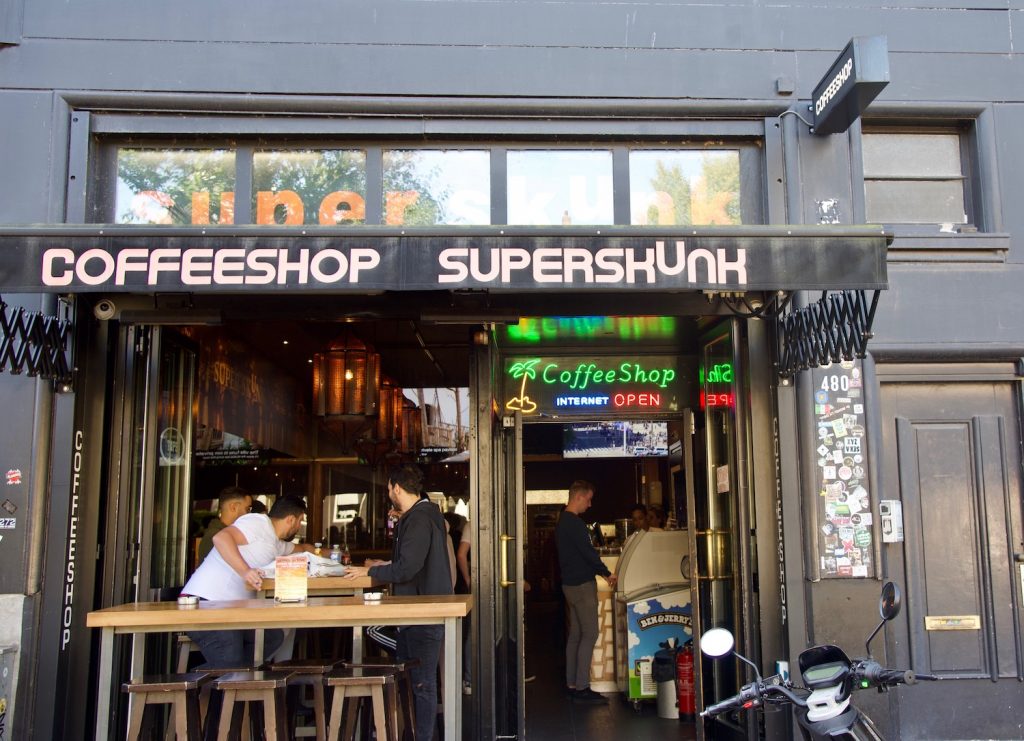 The Ministry of Health, Welfare and Sport.

The attitude of the ministry to coffee shops in Amsterdam is a pragmatic one. Evidence suggests that tough repression does not work. You just drive problems underground where they are even harder to deal with. The ministry advocates dealing with the issues with proven curative methods.

You can see this in action. In the 80s and 90s, the streets were full of dealers trying to sell their wares to tourists. This has effectively disappeared. Perhaps not entirely, but almost.

For more information pages about Amsterdam, see our listings.

Or see all our helpful local services partners.