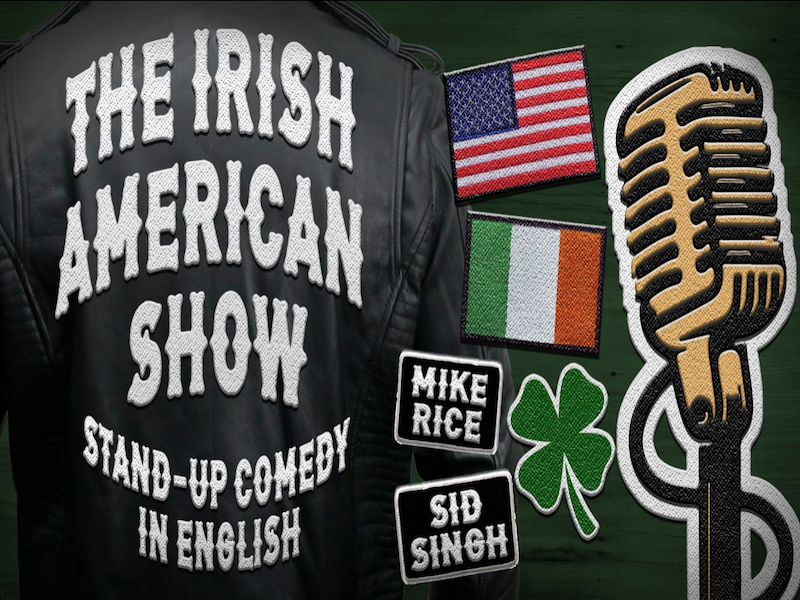 The Irish American Show. It essentially is what it says it is: touring Irish and American comedians and their friends. Their sole aim is to make you laugh a lot at this fabulous comedy event on May 7th at Sissi’s. Mike Rice hails from the Emerald Isle and regularly headlines clubs all across Ireland and the wider world. He is a prolific stage performer as well as TV, radio and many of the larger comedy festivals such as the Edinburgh Fringe. Sid Singh hails from the States and is a regular performer on many popular comedy channels such as Comedy Central and BBC comic Relief. He has sold out shows across the world and audiences love his world view and how he spins it out to get the big laughs. A great night of comedy for sure so do not miss it!