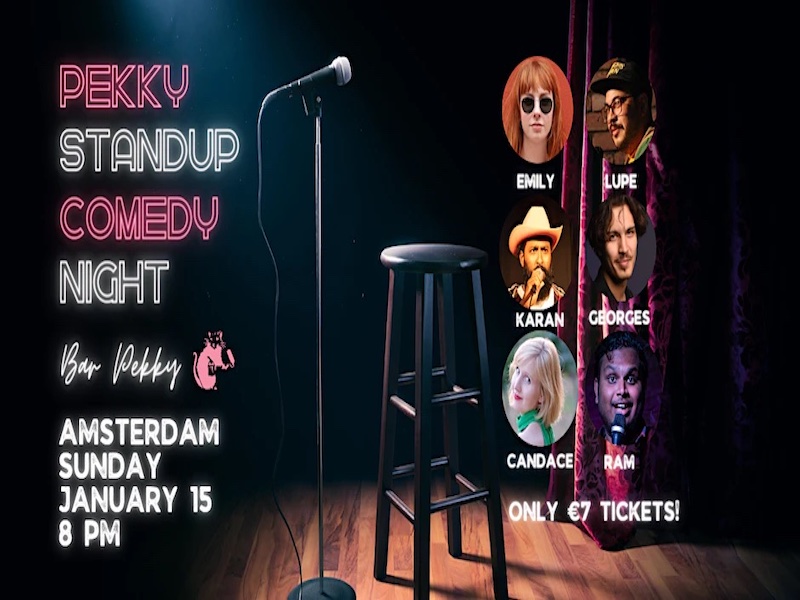 Pekky Stand Up Comedy is a new comedy event in Noord. A wonderful selection of comedy performers will be on the mic in order to reduce you into fits of laughter. That’s their goal! Ram Arangi will be joined by a lineup of best international comedians in Amsterdam scene! Pekky Standup Comedy Night is here to bring you a night of unstoppable laughs alongside cocktails & bites! For Pekky Stand Up Comedy times and tickets, see here. for more local comedy nights, see our handy overview.