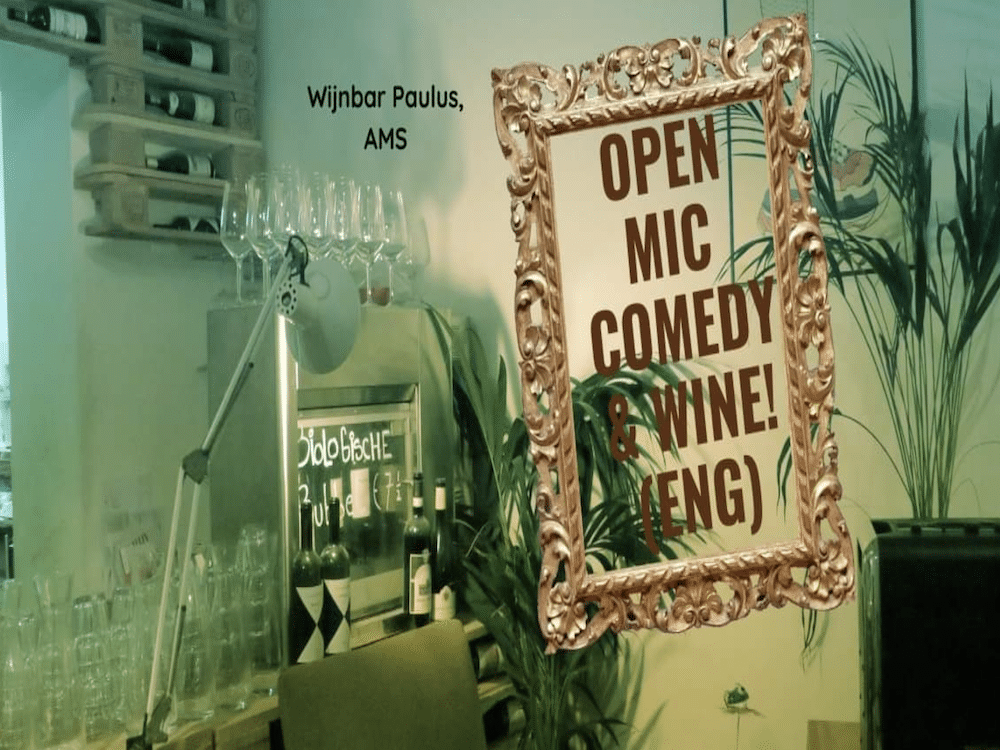 Weird Uncle Comedy is a long-established name on the Amsterdam Comedy scene, hosting some of the longest-running open mics in the city at Wijnbar Paulus in De Pijp. It’s been host to many comedians over the years, from total newbies to seasoned pros trying out new material in a chilled wine bar. Enjoy comedy while the owner recommends some delicious wines and snacks. It is the cosiest comedy venue in Amsterdam! The open mic runs twice per month. Weird Uncle also runs shows outside AMS – follow Weird Uncle Comedy on social media for all updates. Grab your places here. For more great comedy nights, see our listings.