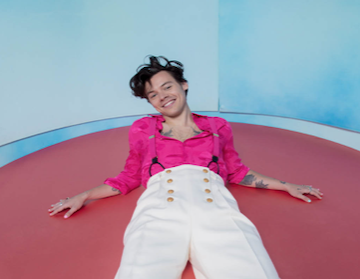 Harry Styles in Concert. This May Harry Styles returns to the Ziggo Dome as part of his current Love On Tour. The tour focuses on Harry’s new album ‘Fine Line’. Harry Styles Love On Tour starts in April in the United Kingdom and travels to various cities in Europe, the United States and ends in Mexico in October. With his debut album Harry Styles, Harry scored worldwide success and achieved the number 1 position in 55 countries including the United States, United Kingdom, Ireland, Canada, Australia, the Netherlands, Belgium, Poland and in various countries in South America Southeast Asia and the Middle East. He is cementing his position as a world star. For more information and tickets, see the official Harry Styles in Concert page. For other Amsterdam events, see listings.