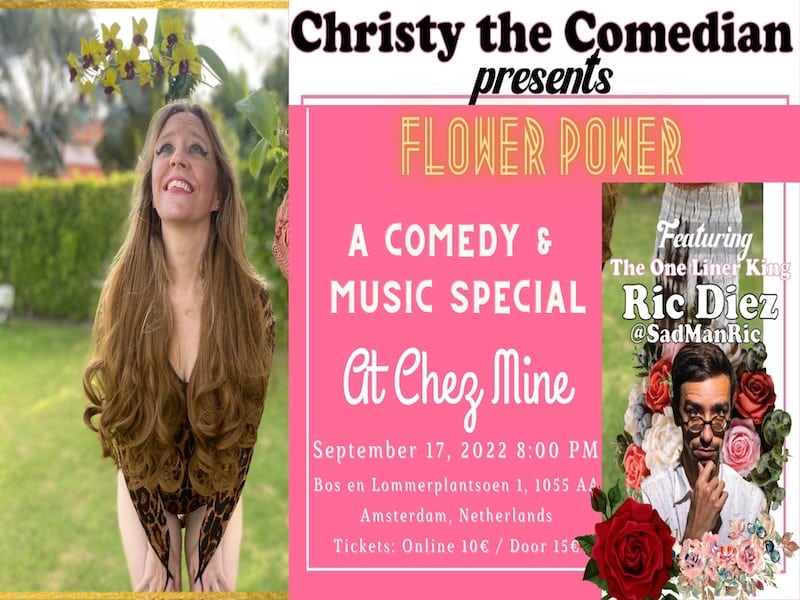 Flower Power Comedy Night at the fabulous Chew Miné in Amsterdam West. This is sure to be a fun night of comedy. Performers include Christy the Comedian from the deep South of the USA. A seasoned comedian who has performed all over the world and with many of the biggest names in comedy. Also on stage will be Ric Diez. Ric hails from Bangkok where he is widely regarded as the best one liner joke teller. The whole event with be skillfully held together by Amsterdam’s favourite Alaskan comedian, Kendra Borgen. Grab your places for a great night of comedy. For times and tickets, see the official Flower Power Comedy Night page. For more great events like this, see our handy Amsterdam Comedy overview.