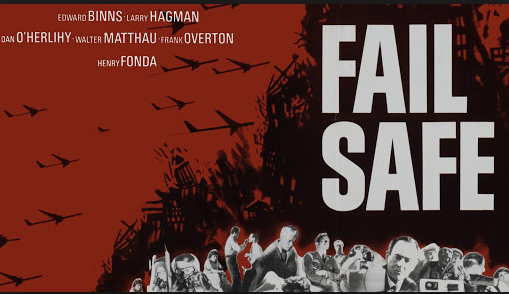 More great films classics coming back to the big screen where they belong. Fail Safe is a tense classic of the Cold War period. Released in 1964, it tells of the terrors that might occur with an accidental nuclear strike. The US has sent planes to bomb Moscow in error and the president tries to call them back. He then tries to cut a deal with a mistrustful Moscow military.

George Clooney remade this in 2000, but the original is stunning given the climate in which it was made.