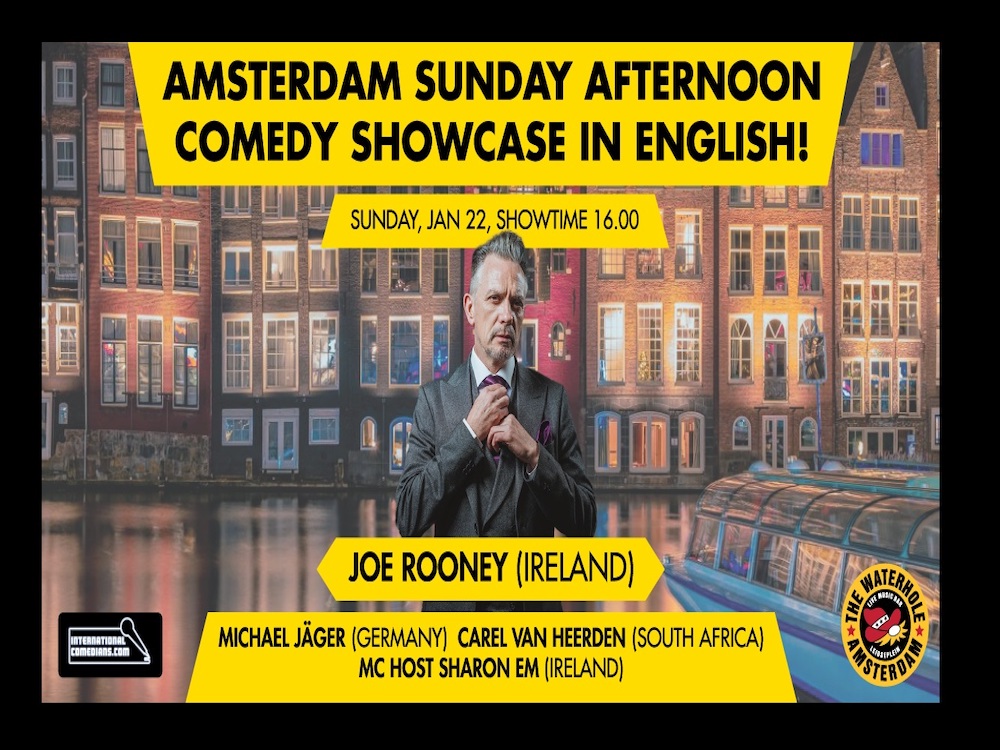 Amsterdam Sunday Afternoon Comedy is the first edition of a new monthly event.  The Grand Premiere is Sunday January 22 at The Waterhole on Leidseplein. A super selection of comedy performers will be there and laughter is very much on the menu. The headliner for the January edition is Joe Rooney from Ireland. He is a well-loved comedian, actor and a singer-songwriter! He was in the hugely successful TV show Father Ted. Other acts on the day are Michael Jäger (Germany) and Carel van Heerden (South Africa). And your MC for this event is the brilliantly hilarious Sharon Em (Ireland). The show starts at 4 PM but the bar is open before, so drop in early for some drinks. For Amsterdam Sunday Afternoon Comedy times and tickets, see the official link. For more local comedy events, see our handy overview.