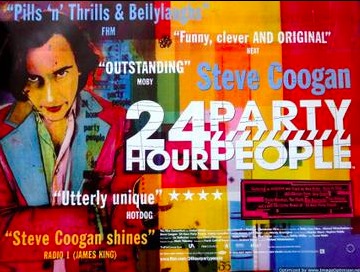 24 Hour Party People is the story of Factory Records and the Manchester music scene when it ruled much of the world for over 25 years. Steve Coogan reprises the role of Tony Wilson. He created Factory records after seeing the Sex pistols play live and knew he had a calling. Factory famously did not tie the artists to huge contracts and gave them more freedom to create. In the end the music became a drive of parties and drug scenes that eventually caused it all to implode.