There are many great cinemas in Amsterdam where you can see a film. Many little independent cinemas screen a huge selection of films every week. Now more than ever, they need your support. One way to support them is through the Cineville card. You get unlimited access to films in participating cinemas in Amsterdam. The venues get a more significant number of spectators seeing great films. Several of the venues have the possibility to buy food and drink, so you can really make an evening of it. More cinemas will appear here soon.

Over 100 Years Old and Still a Great Time!

Well over 100 years old and still a great night out. Going to see a film in Amsterdam is still exciting and fun. Choosing a film and sitting in a room with other people is still so popular. It beats watching something at home on the television. Maybe it is a new release you can tell your friends about. Maybe it is a classic film from the past that you would love to see again on the silver screen. You choose the genre, the director and the actors you love and settle in for the entertainment. With these cinemas in Amsterdam, you have a vast choice of films and all for one low monthly price. Or you can, of course,  book without the need for a card. The essential thing is that we support these small venues when and where we can. They are an essential part of our cultural heritage. Long live the cinemas in Amsterdam! 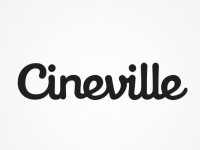 Cineville Card is an association that loves cinema in all its form and support this important cultural sector. With a Cineville card you can see as many films as you like. This in any of the 44 participating independent cinemas. These are all around The Netherlands. With two great low monthly prices (depending n your age), you can go as often as you like. There are so many beautiful films to see on the big screen. Even well after 100 years after its invention, going to the cinema is still one of the most entertaining things to do. You becoming a Cineville member means that you directly support all cinemas in the scheme, many of whom rely on this kind of assistance. Long live cinema! Long live the Cineville card! See participating cinemas in Amsterdam

END_OF_DOCUMENT_TOKEN_TO_BE_REPLACED 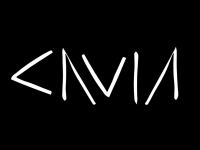 Filmhuis Cavia has been running non-profit special films with a minimal budget for more than 30 years at a special location in Amsterdam. Filmhuis Cavia was founded in 1983  With only 40 seats, it is one of the smallest cinemas in the Netherlands, and the smallest in Amsterdam. The cinema shoots its own films. Festivals that once started small in Cavia are, for example, the Pink Film Days, CinemAsia and the KLIK! Animation festival. In these times,  Cavia hosts special film programs in the field of (sexual / gender) diversity. These include: The TranScreen film festival. See the Cavia site for the latest agenda.

END_OF_DOCUMENT_TOKEN_TO_BE_REPLACED 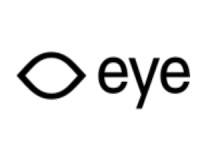 The Eye Film Museum sits gracefully on the north side of the river IJ. It is a stunning piece of architecture. Also, it is the only museum of film in The Netherlands. It holds over 50,000 films in its collection. Other elements include posters, books, photographs, film equipments and so much more. It also preserves, restores and presents films of all sorts. From its iconic building, Eye organises lots of film exhibitions.  The film museum presents film in all its diversity and promotes Dutch cinema and film culture at home and abroad. Eye also stimulates a better understanding of film in all its facets. Cineville card holders can use their cards too. Keep an eye on the official Eye Film Museum Amsterdam page for latest news.

END_OF_DOCUMENT_TOKEN_TO_BE_REPLACED 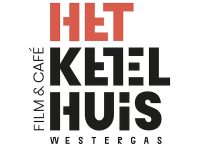 The Ketelhuis Cinema Amsterdam opened in 1999 in the Westerpark. It is a wonderful little cinemas with a fantastic bar and cafe. The film program is always very eclectic. Generally, you can see a huge range of Dutch films, but not only. There are regular extensive French and German film cycles to see too. On weekends, the program often includes films for children and young adults. The Ketelhuis Cinema Amsterdam also screens arthouse titles of European origin and a wide range of world cinema. Put this lovely cinema on your list. See the latest screenings on the official Ketelhuis website listings.

END_OF_DOCUMENT_TOKEN_TO_BE_REPLACED

Filmtheater Kriterion started way back in 1945. Students created it as a means to fund their studies. Students still run it even now and is a unique entity. Filmtheater Kriterion is a firm favourite and draws a very diverse audience, not just students. The program includes world cinema, arthouse and edgy films. Any artistic films and documentaries.  There is a wonderful cafe where you can enjoy food and drink as well as a great film. See the Kriterion program to see the latest film listings.

END_OF_DOCUMENT_TOKEN_TO_BE_REPLACED 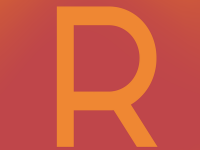 Rialto cinema Amsterdam opened just over 100 years ago. It is a very popular place to see films on this side of the city. But, it did struggle in the 60’s and 70’s and nearly closed in the 80’s. It survived and thrived and is now a very busy cinema and cafe. It screens films that are more artistic in nature. The three screens often also show a lot of world cinemas films. You can see a wonderful selection of films all year long. They have special expat cinemas events where the subtitles are in English. A wonderful and iconic building serving great films in the heart of the Pijp. See the Rialto Cinema agenda for the film titles and timings.

END_OF_DOCUMENT_TOKEN_TO_BE_REPLACED 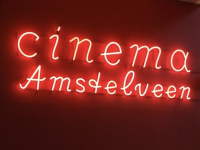 Studio K is a wonderful cinema, café and restaurant in Amsterdam Oost. It is an association entirely that students run and is not for profit. The students get a fabulous insight into how to run a business and support culture. A fabulous experience for them and a film haven for the people who live near Studio K cinema. The venue boasts a lovely cafe and meal and films deals are great value. Studio K also hosts many other cultural events including music, comedy and art exhibitions. Go to the Studio K site to see the film agenda.

END_OF_DOCUMENT_TOKEN_TO_BE_REPLACED 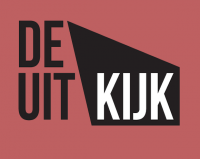 De Uitkijk ia an iconic 1920s art-house movie theatre with a single screen, plus private balcony seating & a cafe. It is the oldest cinema in Amsterdam and you can feel it. It is like a step back in time. The film program is eclectic and interesting for film fans.  They screen many classics and there is something for everyone.

END_OF_DOCUMENT_TOKEN_TO_BE_REPLACED

De Balie is a fantastic cinema and cultural centre right on the Leidseplein. It screens a varied program of films all year long. You will find some absolute gems here. A lot of world cinema and arty films, as well as a wide selection of documentaries. The team openly encourage debate across a wide field of subjects. The spaces in De Balie are often available for this purpose. As well as excellent films, you can eat and drink all day long in the fine bar and restaurant. Keep up to date with the screening schedule with their cinema listings. See more Amsterdam independent cinemas in our handy overview.

END_OF_DOCUMENT_TOKEN_TO_BE_REPLACED 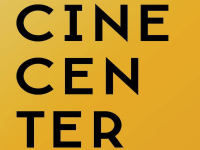 Cinecenter cinema Amsterdam is on the Lijnbaansgracht is a wonderful place to see films in the heart of Amsterdam. Acros the road from the Melkweg, The cinema screens high quality films and much of them are world cinema films. Indeed is is the host cinema for Cine Expat, a film club that shows world cinema with English subtitles. The Cinecenter staff are kind and knowledgeable. Also, there is a lovely cafe inside the Cinecenter cinema Amsterdam where you can get nice food and drinks. Keep an eye on the Cinecenter website for the latest news.

END_OF_DOCUMENT_TOKEN_TO_BE_REPLACED

Pathé Tuschinski is a remarkable place to go and see films. It just won an award as the most beautiful cinema in the world. That is quite something and the cinema deserves the recognition as it is truly beautiful. It really does feel like you are going back in time 100 years. It is part of the Pathe chain, so a lot of recent and blockbuster films screen here. So grab some popcorn and soak up the atmosphere. Stay up to date on the screening by looking at the program page for the Pathe Tuschinski. For more great cinemas in Amsterdam see our overview.

END_OF_DOCUMENT_TOKEN_TO_BE_REPLACED 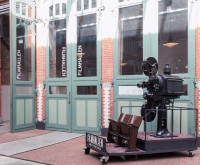 FilmHallen opened its doors in September 2014 and is now an indispensable part of Amsterdam. It has 9 screens and is one of the largest cinemas in the city.  The cinema is the only one of its size to accept the Cineville pass. It screens the better films from Hollywood as well as award-winning films from Europe.  Other films from the rest of the world have extensive space in De FilmHallen. There is attention for films and documentaries for the film lover and for children and families the best and most fun new releases. There is a wonderful cafe and seating area where you can spend time with friends. Check what is showing at on the Filmhallen agenda.

END_OF_DOCUMENT_TOKEN_TO_BE_REPLACED 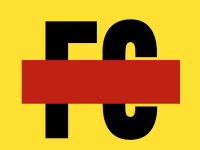 FC Hyena is a wonderful haven for cinephiles in Noord. Film fans south of the river are also most welcome. With a mix of art house and popular films, the cinema has two screens, each with their own home-made comfy seating. Outside the films, enjoy light bites such as tacos, oysters and pastries from the wood oven, along with natural wines from the winebar. See the FC Heyena website for all the latest news.

END_OF_DOCUMENT_TOKEN_TO_BE_REPLACED 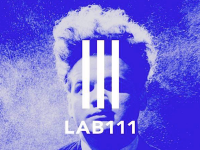 LAB111 was born in 2016 and grew with a loyal following of film fans to become an important centre for cinephiles. LAB111 is a unique cult cinema located in a monumental old pathological anatomical laboratory in Amsterdam. Our idiosyncratic programming consists of special classics and fresh perspectives that appeal to the imagination, make you think and inspire. From in-depth documentaries and modern classics to unconventional genre films. In addition to the cinema, you can discover exhibitions, debate evenings take place. You can dine in Bar Strangelove or just hang out in the bar. See more on the official page.

END_OF_DOCUMENT_TOKEN_TO_BE_REPLACED 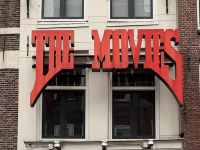 The Movies – Closed for Works

The Movies is the oldest cinema in Amsterdam still in use. The cinema evolved from the Tavenu cinema founded in 1912 and the later Hollandia. It has a  beautiful art deco interior and four screening rooms. The Movies has a film programming that is suitable for different audiences. The screening programme is on of an arthouse cinema. The focus of the programming is on films with a more cultural character. At certain times of the week, The Movies is of course also open to children and their families. A wonderful place to enjoy film. For the film listing, see the official page.