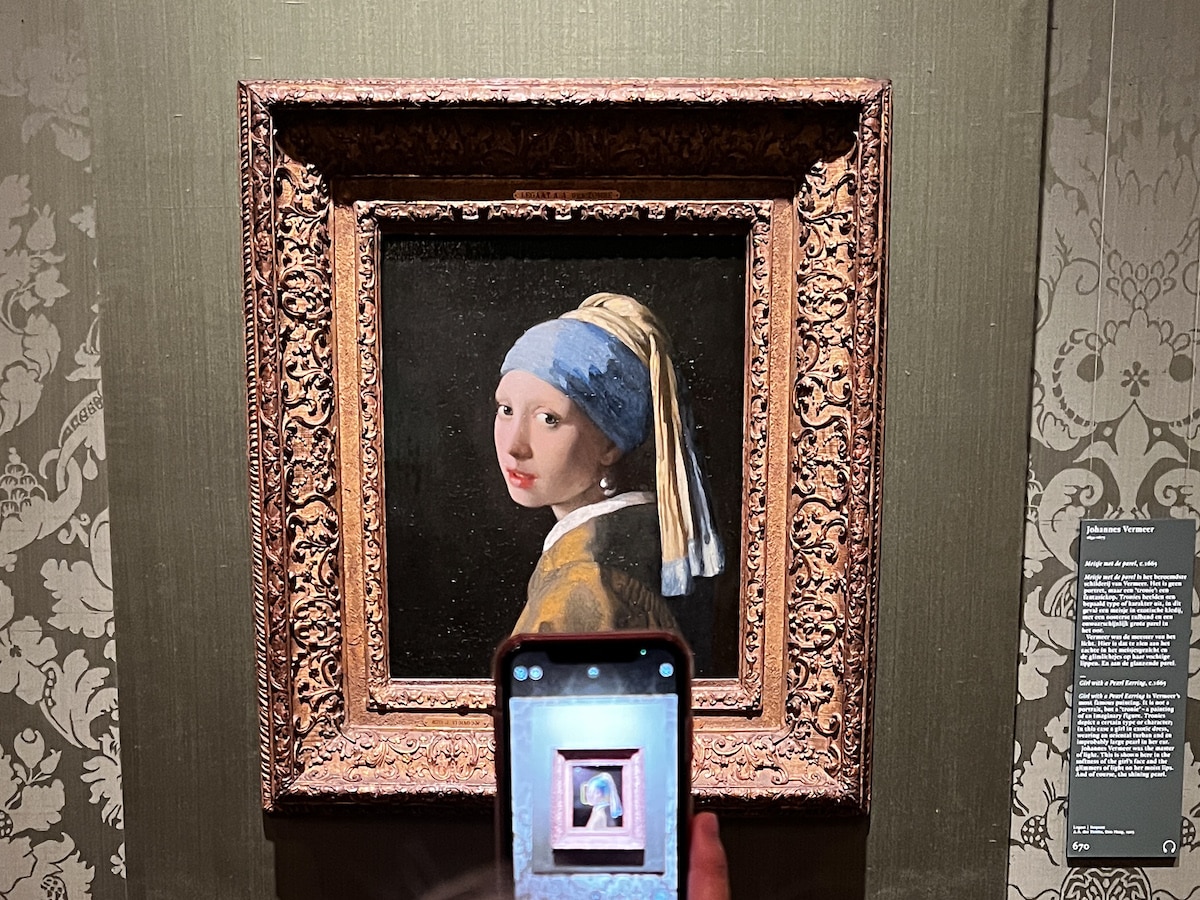 It’s really very difficult to choose my favourite museum in The Netherlands. The reason for that is perfectly obvious to anyone who also loves to go to museums. It is that there are simply too many brilliant museums in this little country. There are the well-known, larger and more popular ones, but there is a vast selection of superb and beautiful smaller museums that deserve our attention too. I will be visiting are writing about these Dutch museums in a regular feature here. The aim is that you, too, will want to go and discover them or, indeed, return to them. Happy visiting! So let’s begin with The Maruitshuis in The Hague. I have visited this beautiful Mauritshuis museum many times, and it is simply stunning, that is the source of much controversy. Read on to learn more about why you must put this fine museum on your list. 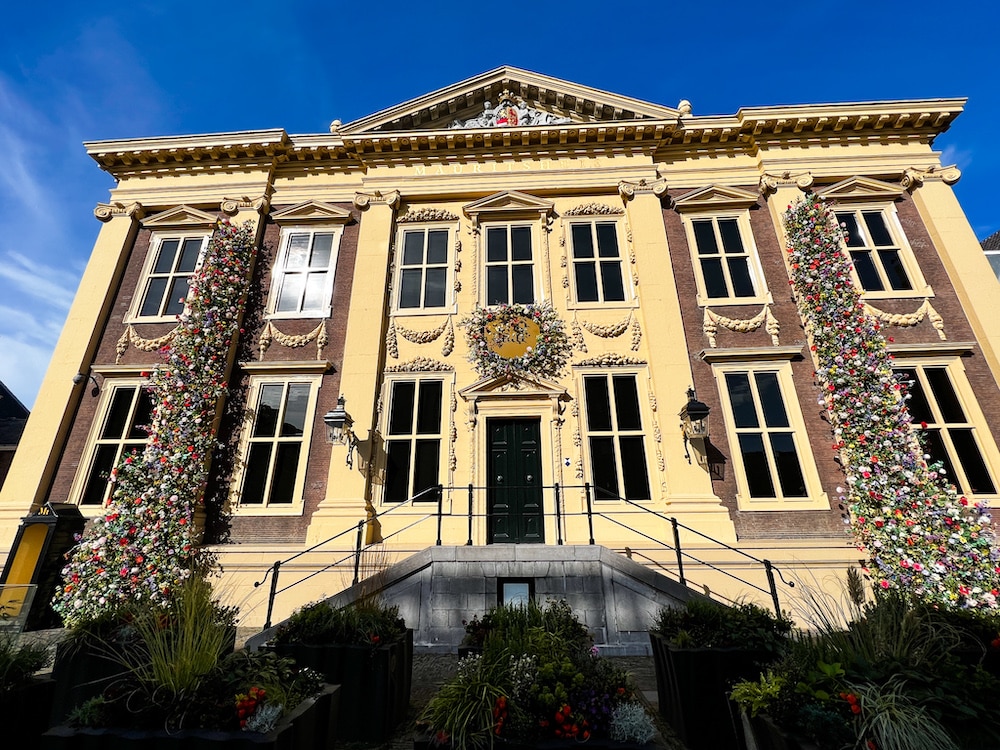 The History of The Mauritshuis Museum

The building itself is one of the most imposing and striking buildings in the centre of The Hague. It was built between 1633 and 1644, just under 400 years ago. Can you imagine the wealth of the time to create such a sumptuous palace? The architects were Jacob Van Campen and Pieter Post. The building is considered one of the best examples of pure Dutch Classicism. There are nods to Greek and Roman architecture, and you cannot deny that it is very impressive. All the more because, at the time of writing, the building is adorned with beautiful flowers. 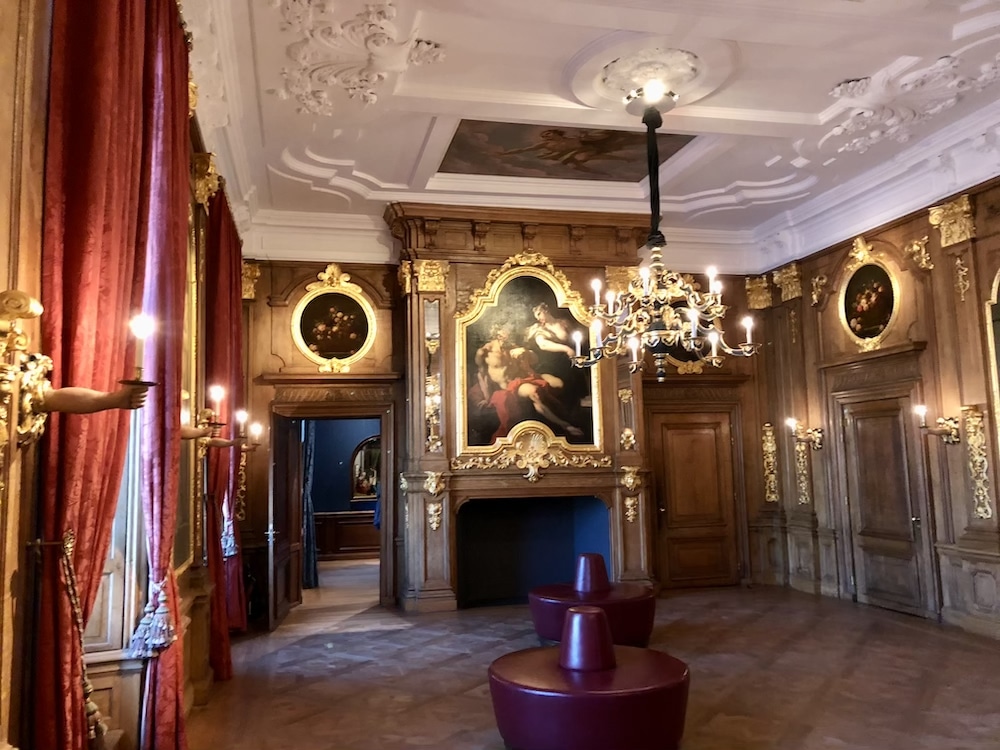 But who contracted the architect? Johan Maurits of Nassau-Siegen did, and the building was always destined to become his private residence in The Netherlands. He was a man of certain wealth because he was the governor of Dutch Brazil. The interiors were just as impressive as the exterior of the building. There was beautiful panelling made from tropical wood, Scenes of Brazil on the many murals. Not forgetting all the objects that Maurits brought back with him from Brazil. Sadly, the building was gutted in a fierce fire in 1704. The house was refurbished following the fire, and in 1822, it because a museum. 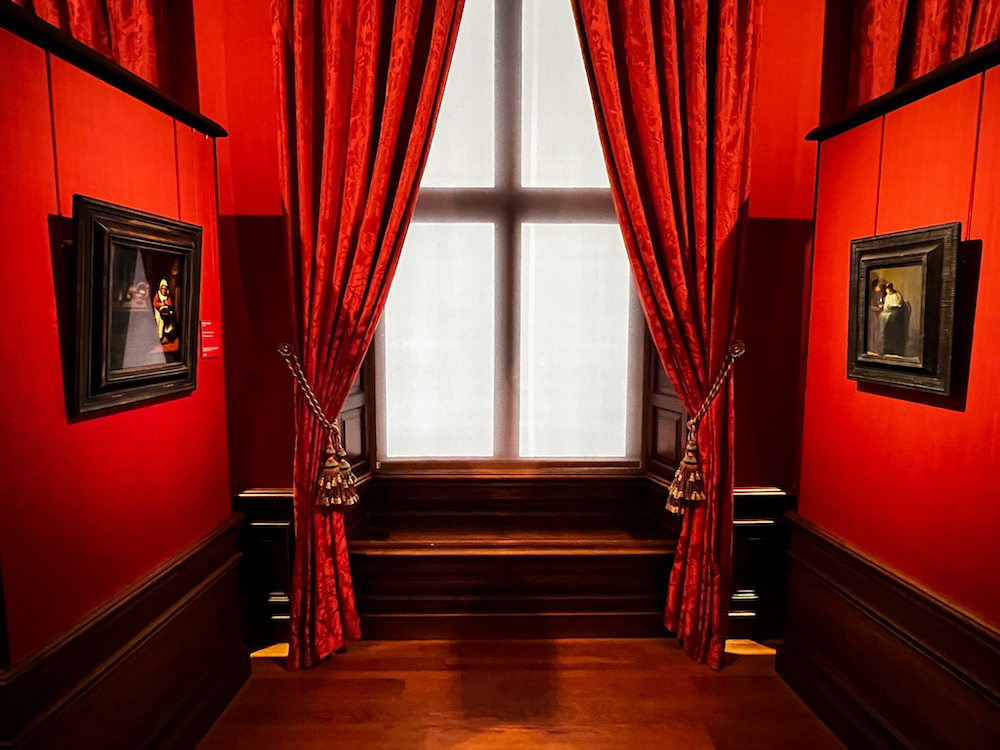 Slavery and Controversy at The Mauritshuis Museum

The Dutch colony in Brazil that Maurits controlled was based on sugar and slavery. Indeed much of the vast wealth Maurits earned was used to construct his home and its interiors. A bust of Maurits was removed from the museum a few years ago. The Dutch involvement in the slave trade was a terrible part of Dutch history at those times. More about it can be found on this page. 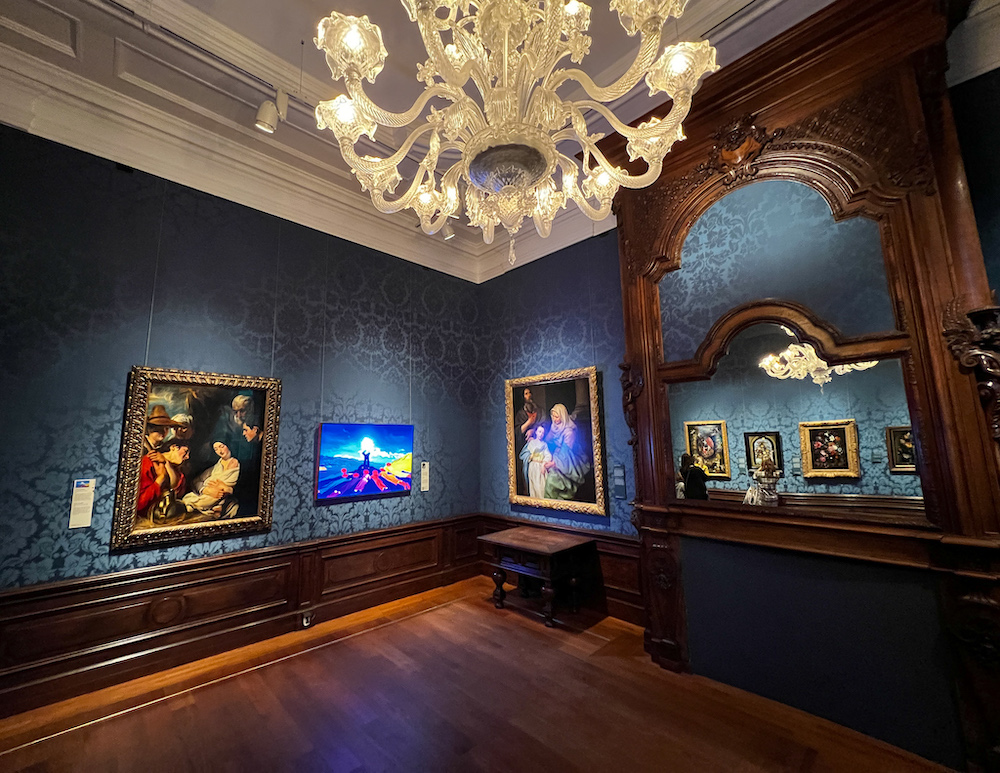 The museum is relatively small but perfectly formed. It contains many of the very best artworks by the very best Dutch artists, notably Vermeer, Rembrandt, Frans Hals and many others. It is displayed over two floors in many beautiful and breathtaking rooms. Here are some examples.

The Above Rembrandt is famous. Interestingly, The Mauritshuis is exhibiting contemporary artworks that add content and insights. In the same room as this fabulous painting is this large-scale photo by Stephan Vanfleteren. Here the artist highlights what Rembrandt probably never saw. Aris Kindt, the subject of the anatomy lesson, was a convicted thief and would have had his hand cut off. A fascinating contrast.

The Girl with the Pearl Earring – Vermeer

Vermeer made quite a small number of paintings, but the ones he did are much loved the world over. The girl with the Pearl Earring is, without a doubt, his most famous. The subject in the painting can never be named as it was most probably a ‘tronie’ – a painting of an imaginary figure. Vermeer was the master of light. The pearl shines brightly.

When recently in Delft, I went to the exact spot where Vermeer painted this masterpiece. Modern buildings make it much harder to see the churches!

There is just so much going on in this incredibly complex painting. It is possible to spend a long time just looking around at all the details, and it’s fascinating. I took a couple of zooms to illustrate the level of detail: 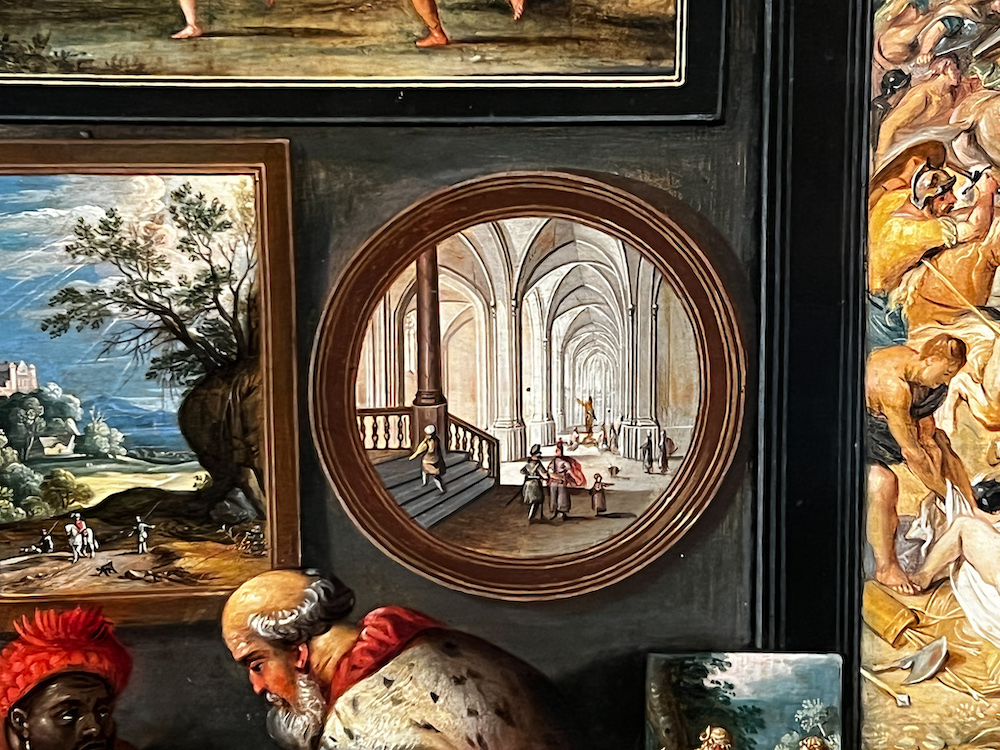 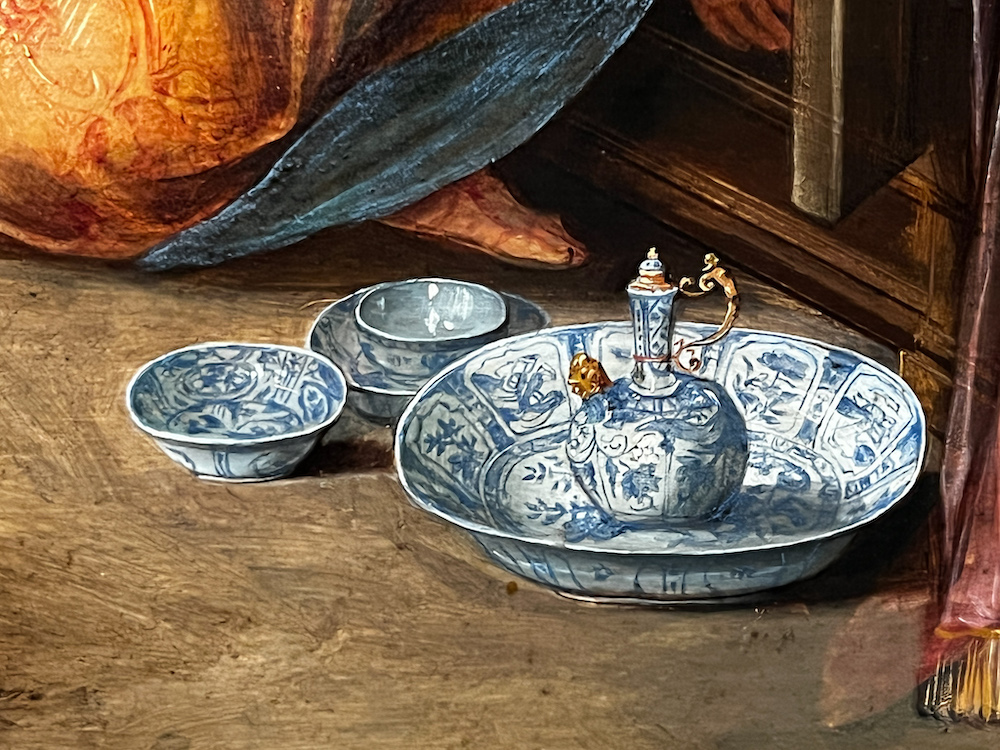 The Mariaplaats with the Mariakerk in Utrecht – Pieter Saenredam (c1659) 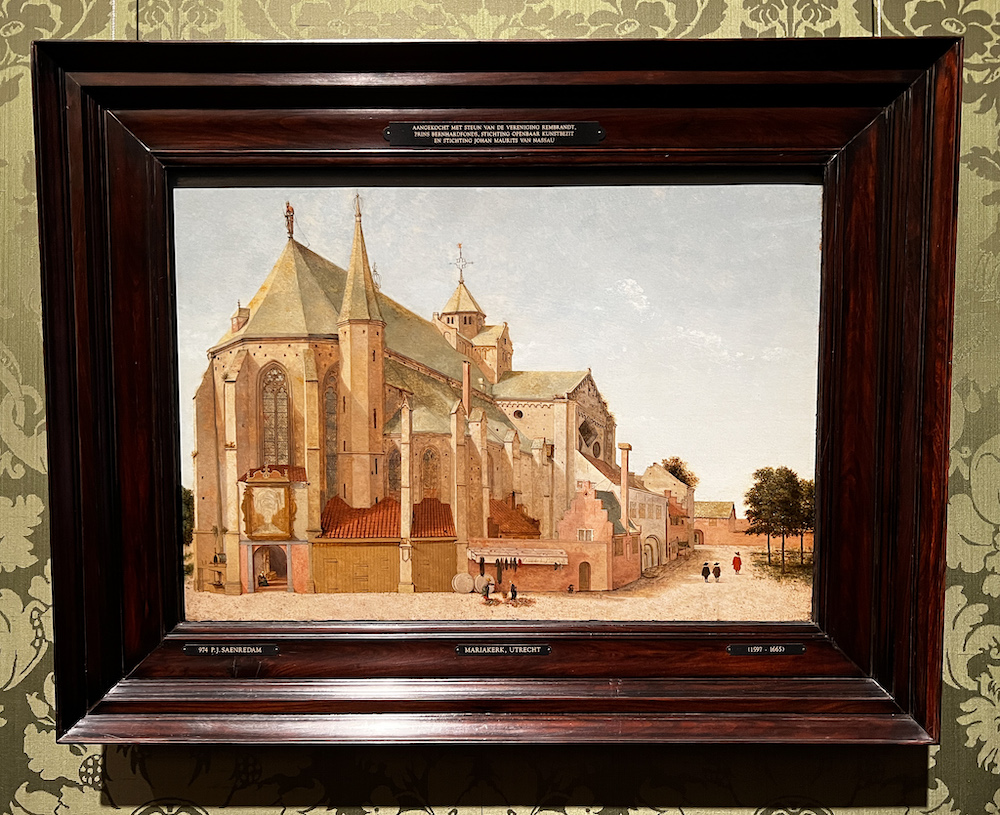 This struck me because it is both complex and simple at the same time. A snapshot of daily life in the 17th Century. The church seems pushed off to the left, and the people on the right are so small. I especially love it because if you lean in and look carefully, you can see where the artist subtlety signed it, as shown below: 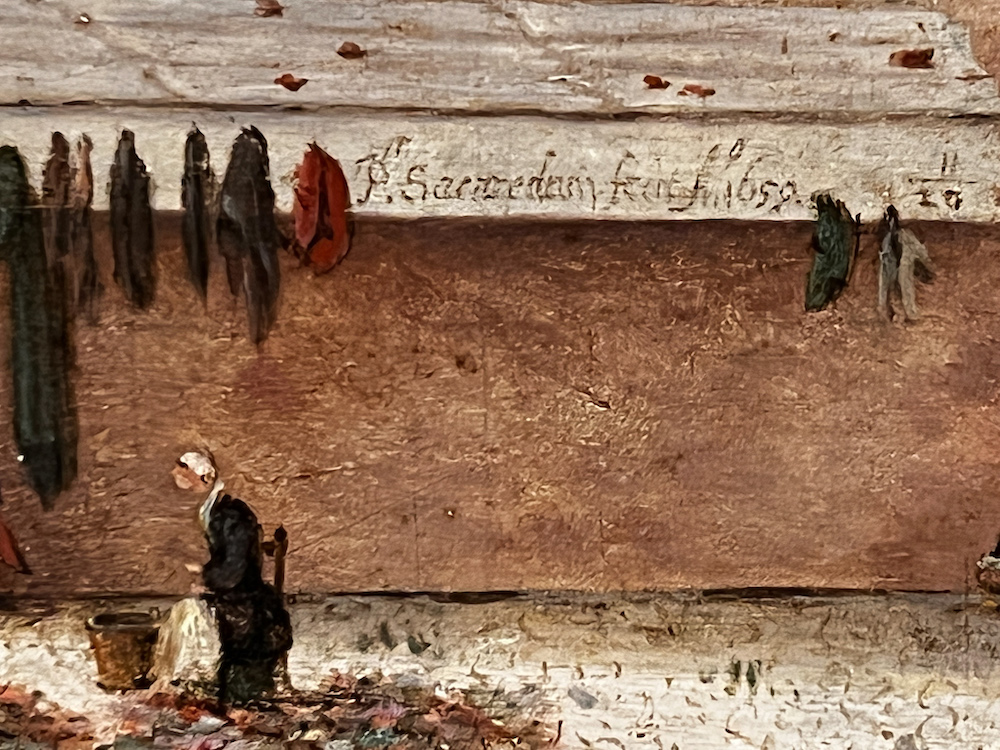 There are many Rembrandts in the Mauritshuis. All of them are beautiful. I chose just one as it was his last self-portrait before his death.  You have to wonder what was going through his mind in old age. It could have been the troubles and travails he had during his life. Or it could have been all the beautiful artworks he created and those of the students he trained. What a life!

The wonderful temporary exhibition at The Mauritshuis Museum at the moment is a visiting selection of the best of the Dutch Masters from the Frick Collection in New York City. Here are a couple of the paintings on show. It is a must-see exhibition, so go and check it out! 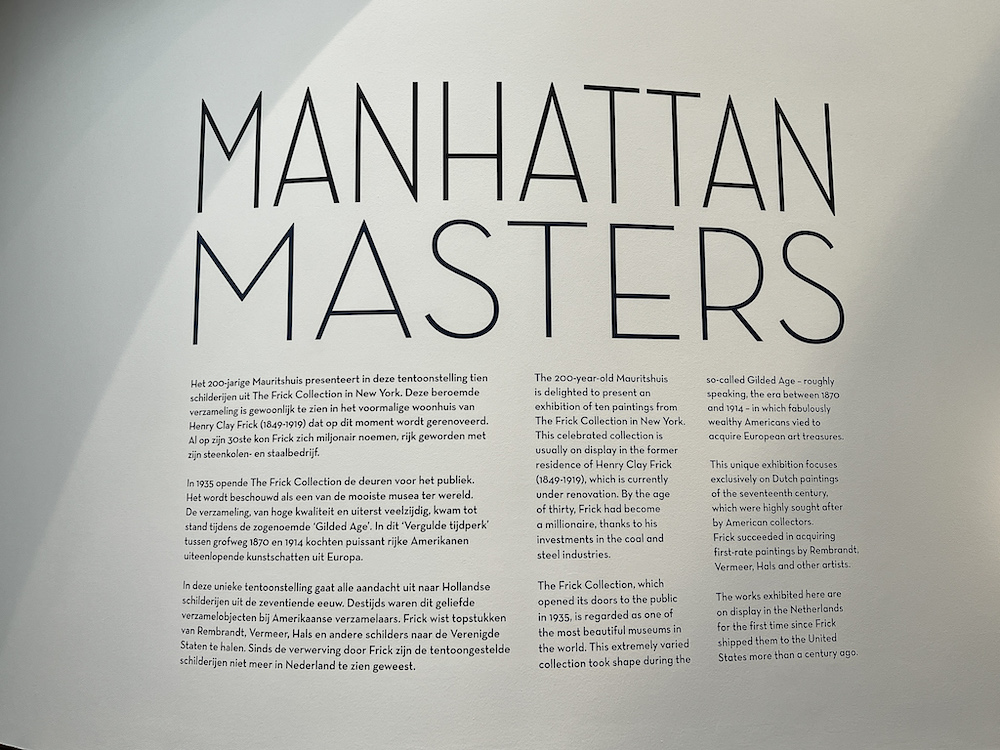 Keep an eye on our local articles section to see more Dutch Museum features like this.

Other local articles of interest: 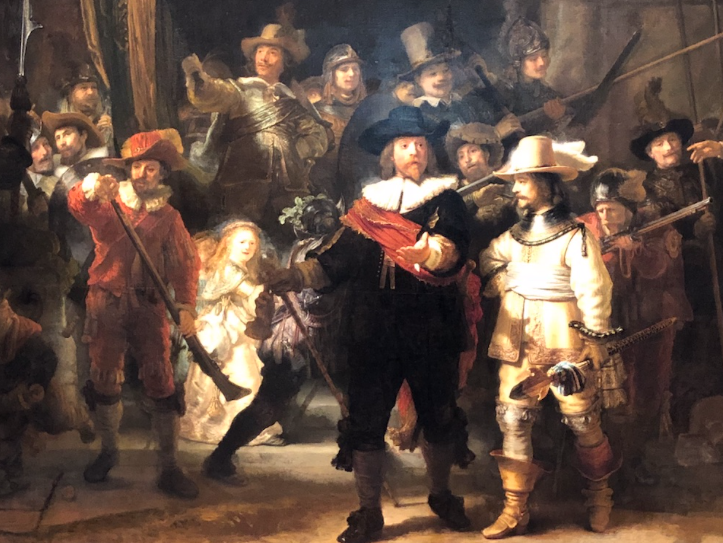 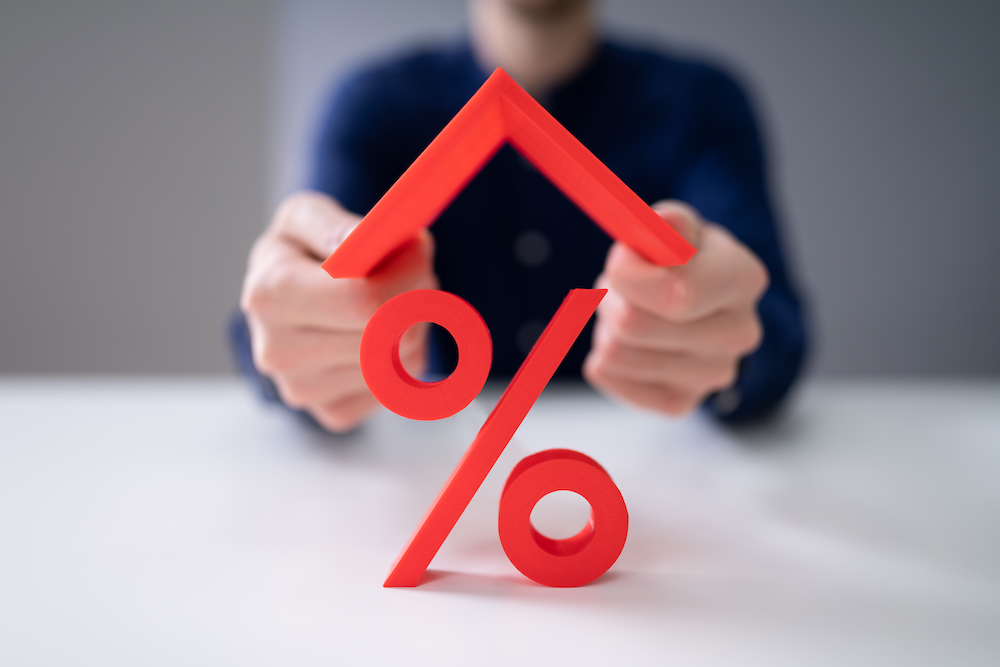 Article about getting excellent mortgage advice. 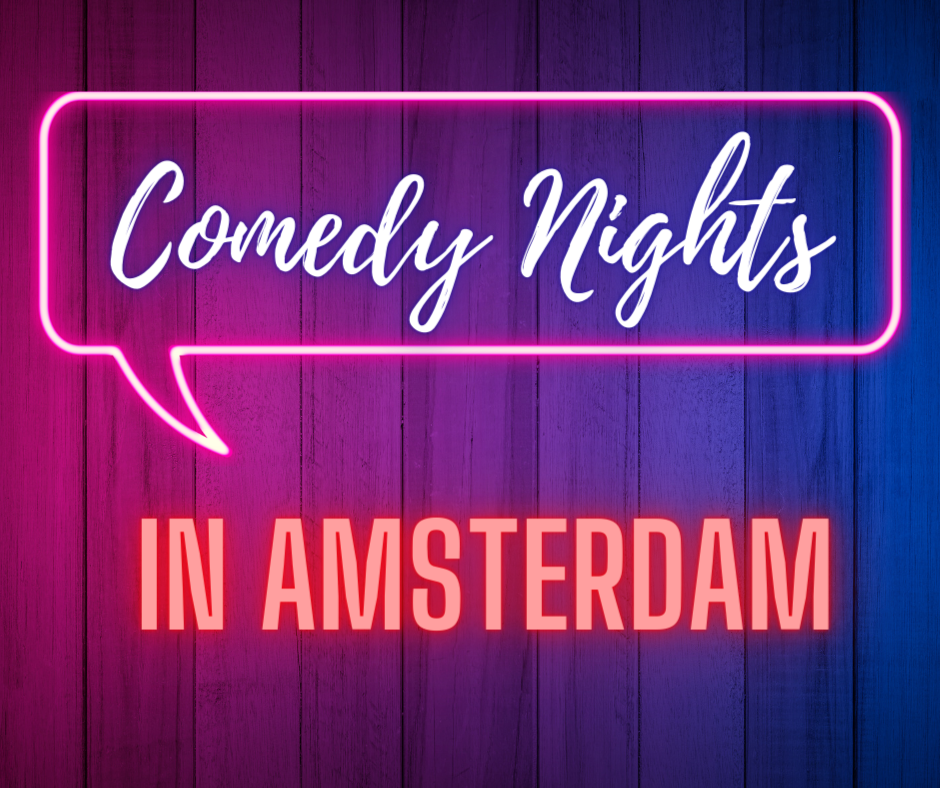 Our handy overview of comedy nights in Amsterdam.