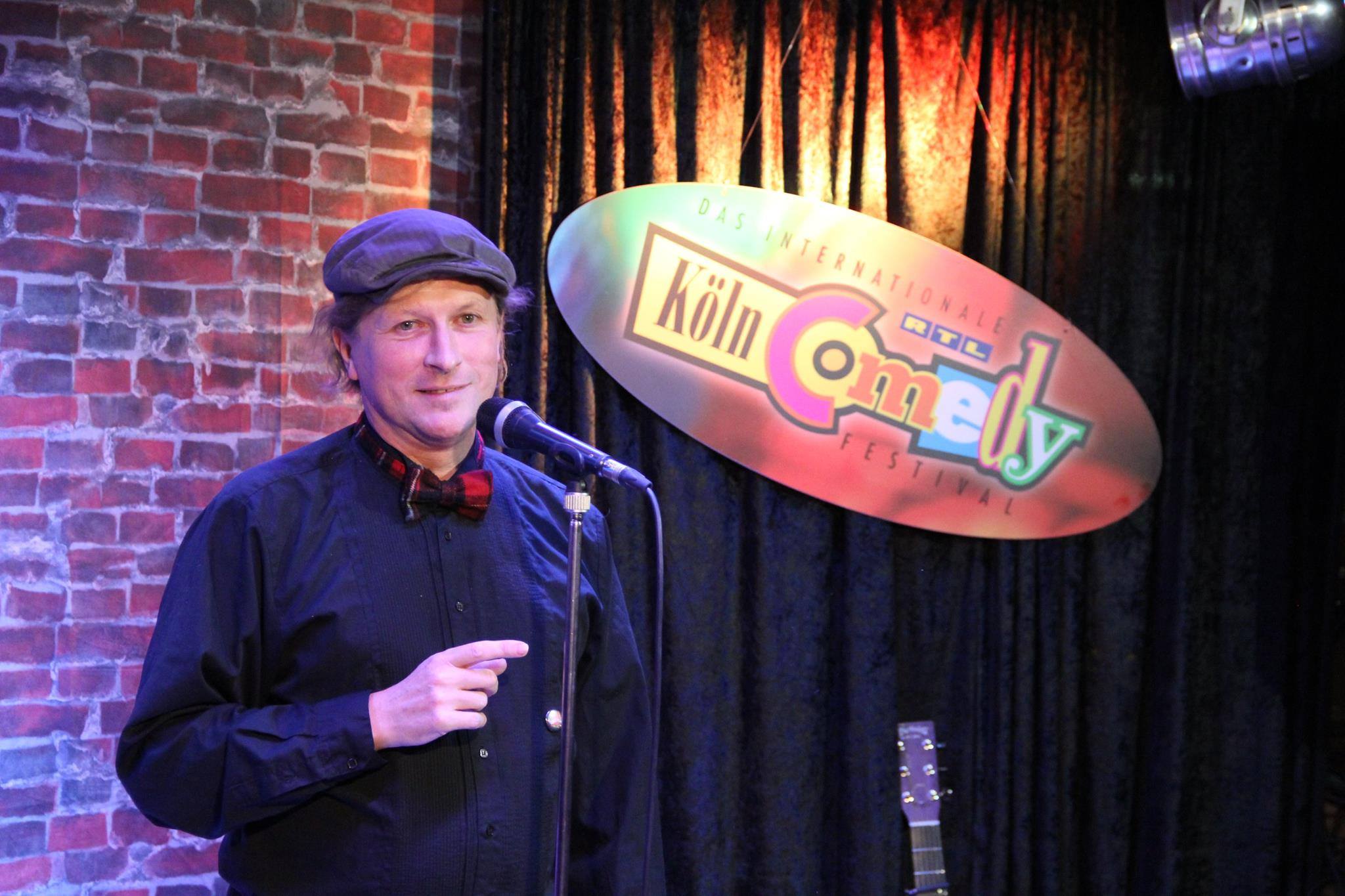 Meet Ken Parsons – I remember the day very clearly. A few years ago I heard about a stand up comedy night called ‘Nutty Anita’s’. I love seeing live performances, so I bought a ticket and I went over to a bar in West called ‘De Nieuwe Anita’. But, I had to ask the bar staff where the event was taking place. I was directed to a door and that led to a set of stairs and downstairs a stage with seating. It was such an unusual setting that it blew me away. Weirdly, it felt like a step back in time and a break from modernity. It was so different that it felt special. You feel like you are attending something edgy in Amsterdam. That feeling that has become rarer in Amsterdam nowadays. Back to the event: the organiser and MC for Nutty Anita’s came on stage and I remember thinking, ‘Wow, who is this guy?’. It was time to meet Ken Parsons. 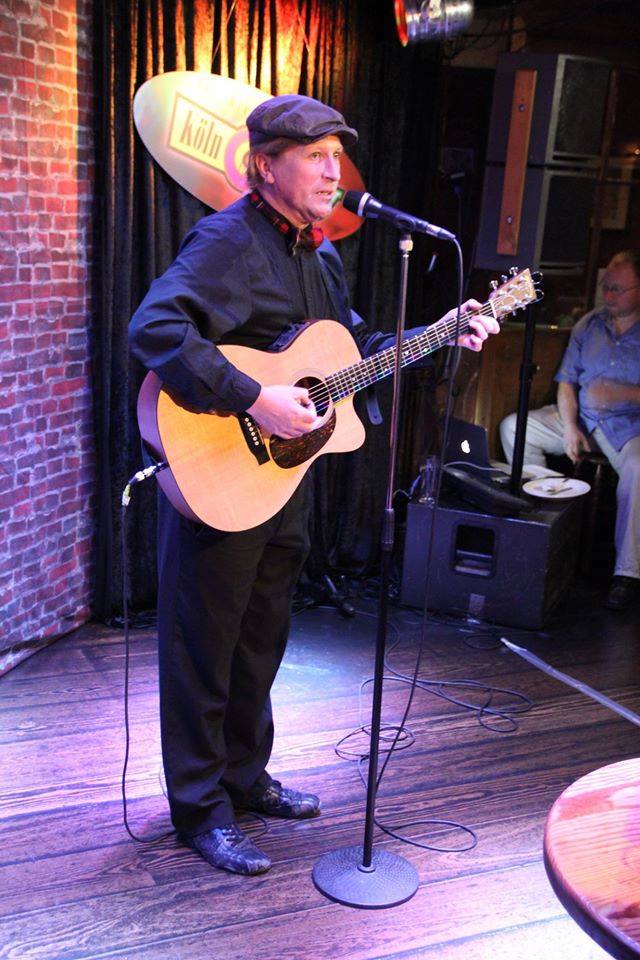 Ken came on stage and he was in his element. He owned the stage and started a seemingly endless stream of jokes. Some of them were very good and the crowd agreed. Ken would then make fun of himself and extract a laugh about why a certain joke did not work. He then went on to introduce the different comedians with great gusto and energy. It was his event and we were all welcome guests to his universe. I went up to Ken after the show and thanked him for a fun evening. I keep going back and over time I got to know Ken more. Everyone is unique and Ken is more unique that most. You cannot have degrees of uniqueness, but if you could, you’d find Ken at the top end. I thought it would be interesting to introduce Ken to those that don’t yet know him and here is a Q+A with the man himself. Thanks Ken for answering this Q+A called Meet Ken Parsons

1. Tell us more about you past and how you ending up in Amsterdam.

Well I’m from the UK, I studied German and I ended up living in the Netherlands. Enough to drive anyone mad, huh? I was on the rock and roll  and cabaret circuit for years. Berlin around the time of the wall falling for 7 years, Ireland for two and we would often do shows in Amsterdam. I have two kids by my ex and in the end Amsterdam chose us. It wasn’t the other way around, I had tough times here but have found my peace with the place now.

2.What is Nutty Anita’s for those that don’t know about it?

It’s essentially a DIY comedy night. The old punk ethos. I have been running shows like it – also for music and poetry- for 30 years. Underground does not mean amateur.  We have had countless great acts from the professional international circuit like Dave Thompson, Marcel Lucont and Lynn Ruth Miller, as well as top local talent. We have also provided a congenial atmosphere for new comers, but also a level of quality, so they know what comedy industry is about. I have coached quite a few newbies and many cut their teeth at Nutty’s and are now regular acts.

De Nieuwe Anita is a great venue, music, films, poetry, theatre- it is in the alternative scene, but dogma free, diverse and very cosy.

3. You have a lot of activities. Tell us about those.

Music is always at the centre. I now have dozens of very solid ‘strictly stand-up’ sets and the videos to show for it, but I am also a pro musician and singer. I play celtic harp, recorded some decent CD’s and I have a band Monty Pagan- a folk punk cabaret band. My repertoire is folk traditionals, original songs, covers and therefore countless parodies (they keep you sane if you play pub gigs) and lots of comedy songs. 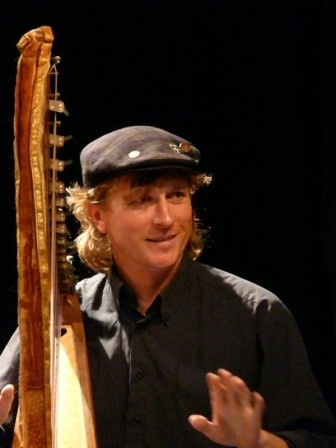 4. Who have been you major influences as a comedian?

Initially the ‘folkie-comedians’ like Billy Connolly ( I’m going to parody one of his parodies at Nuttys) and Jasper Carrott. Dave Allen – I see him as the ‘missing link’ between old school and alternative comedy. Rik Mayall. Spike Milligan. Catherine Tate.  Fast Show. Songwriters like Lionel Bart, Eric Idle and Tom Lehrer- I was once playing my ‘Bi-polar Christmas’ song at a gig and a lady thought it was a Lehrer song due to its dry satire. I have never had such a compliment.

5. In the years you have been here Amsterdam has massively changed. What is your view on that?

First thing- more Moroccan women on bikes and scooters. Weird answer, huh but it is true! It was rare twenty years ago. Shows how there has been greater cross cultural integration. Sorry, Mr Wilders!

The millennial hipster influx has been bitter sweet. In a way, I welcome it as in the early years  ‘slower’ Amsterdam was a tough pill to swallow. Especially, after the exuberance and dynamism of Berlin, but these days there’s a lot of new and inspiring people. 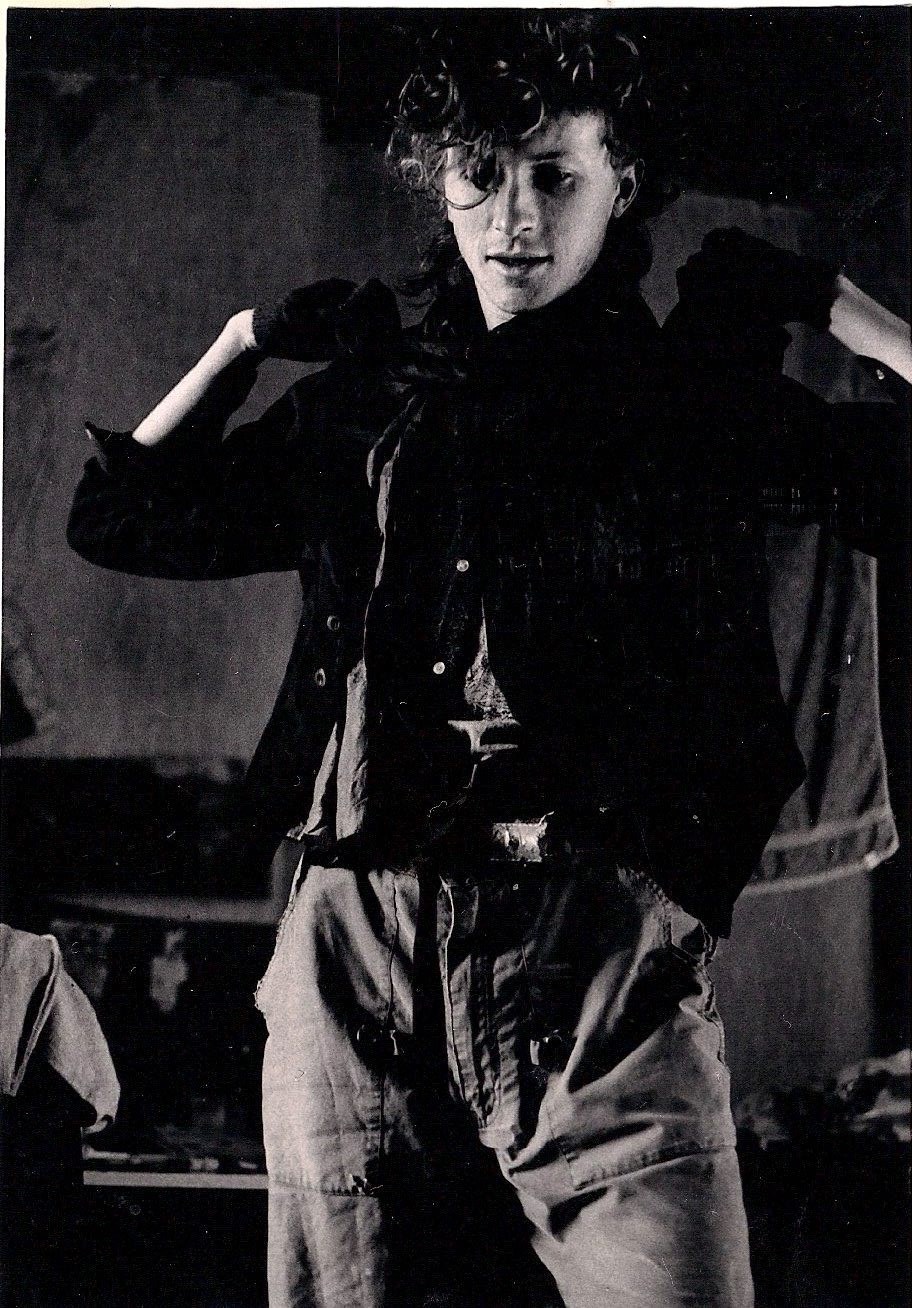 The down side of that is the impact on old Mokummers- as a Dutch speaker I hear that a lot.  Rent prices soaring, social problems, Amsterdam as ‘Disney Land’ ( I was a street artist for years and part of the whole thing)

In Berlin I wrote a song ‘ My one claim to fame: I live in Berlin’. It is a satire on the millennial generation and how being a stand-up is number one on the bucket list. It risks becoming just too trendy and losing its edge. There is the danger of that, but I think there is enough diversity and a genuine cosmopolitan mindset to keep it both interesting and rooted in Amsterdam’s tradition. International, but also a kind of village.

6. How do you see the cultural landscape in Amsterdam in the coming years?

Of course the answer to this would have been different pre-Corona but it is hard to call. Once asked by a young comedian for my advice I dryly remarked. ‘Well, have kids! It won’t effect your night life or comedy career, cos by the time the comedy scene is anything like it was they’ll be off to college’. The cynicism is a self defence mechanism and of course I hope the creative sector and everything else is back on track as soon as possible. My mum and older brother are shielding and my boys are 19 and 24 and so things need to get back, but we have to be patient.

I have been inspired by the collective response, the consensual obedience and the many ways people have adapted to the crisis. I have no end of contemptuous satire and comedy songs for the drug fuelled ravings of a few.  This has come to a head in the crisis.

If one thing does emerge from this crisis it is that after a tough winter the conspiracy lobby will be discredited for ever. They have been a thorn in the side to the alternative scene for years and many are now aligning with the extreme right, so it’s time they are thoroughly exposed and outed.  Comedy can do that. I have a whole album’s worth of songs, jokes and sketches on the subject. 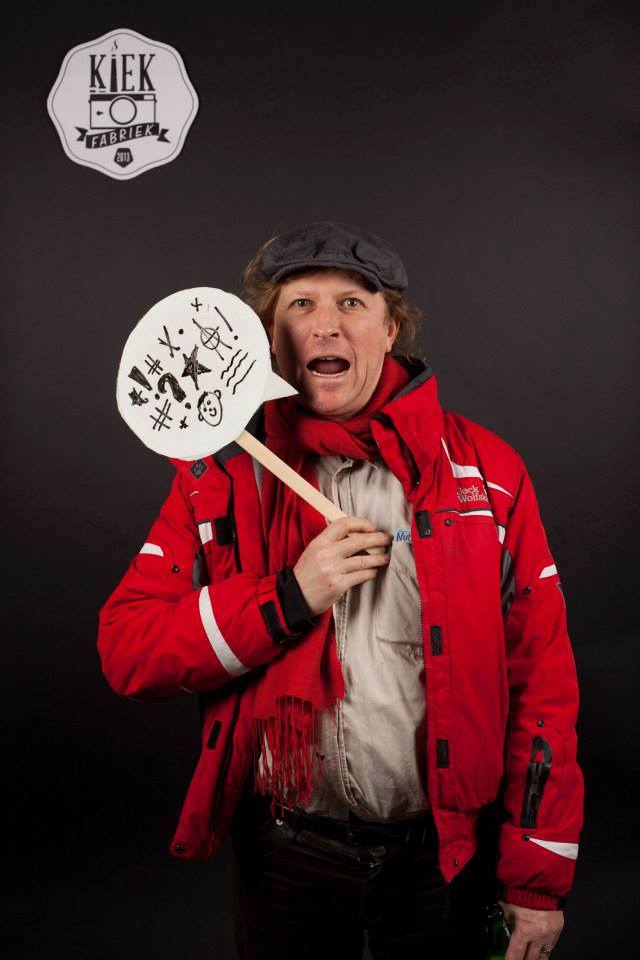 7. What keeps you busy outside all your cultural and creative endeavours?

I am a qualified linguist. I teach mostly Dutch at the moment but can teach English, German and basic French.  Lessons have switched online so been lucky to still have a back up while the 4 comedy rooms I run have been closed. I also write and translate- some famous songs, too.

I am a cricketer. As a kid I bowled off-spin and seam. Playing harp seems to have been a great exercise in strengthening wrist and fingers and I now bowl pretty decent leg-spin.  13 wickets this season for Rood en Wit in Haarlem. Both my sons involved too!  We hope to set up somewhere in winter indoors so people can learn about this amazing sport. We ll use a softball- at first, we don’t wanna scare them away.   You see:  ‘Cricket is the new Comedy’…shhhhh…don’t tell the millennials……

Thanks Ken for your time and these great insights in this Meet Ken Parsons piece!

Do check out the Nutty Anita’s Facebook page for dates of the shows.