The Mauritshuis Museum The Hague 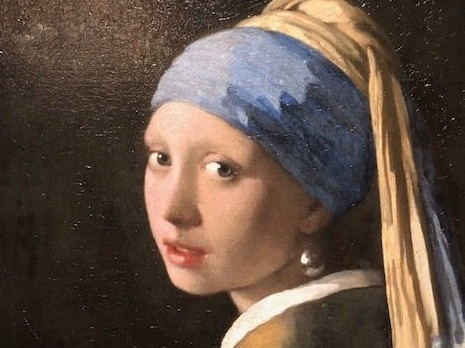 We LOVE Amsterdam. We really do. However, we are very conscious of the fact that it is very important to visit other cities and important places in the Netherlands. It is a really varied country and there are so many wonderful things to see. So recently we jumped on a train and went to The Hague for the day. Of course, we have been here before, but once is never enough. The first place we visited was the Mauritshuis . We love it !

This wonderful museum is a little gem. It is the perfect size for spending an hour or two soaking up the splendor of this wonderful setting and all the beautiful artworks there are to see inside. 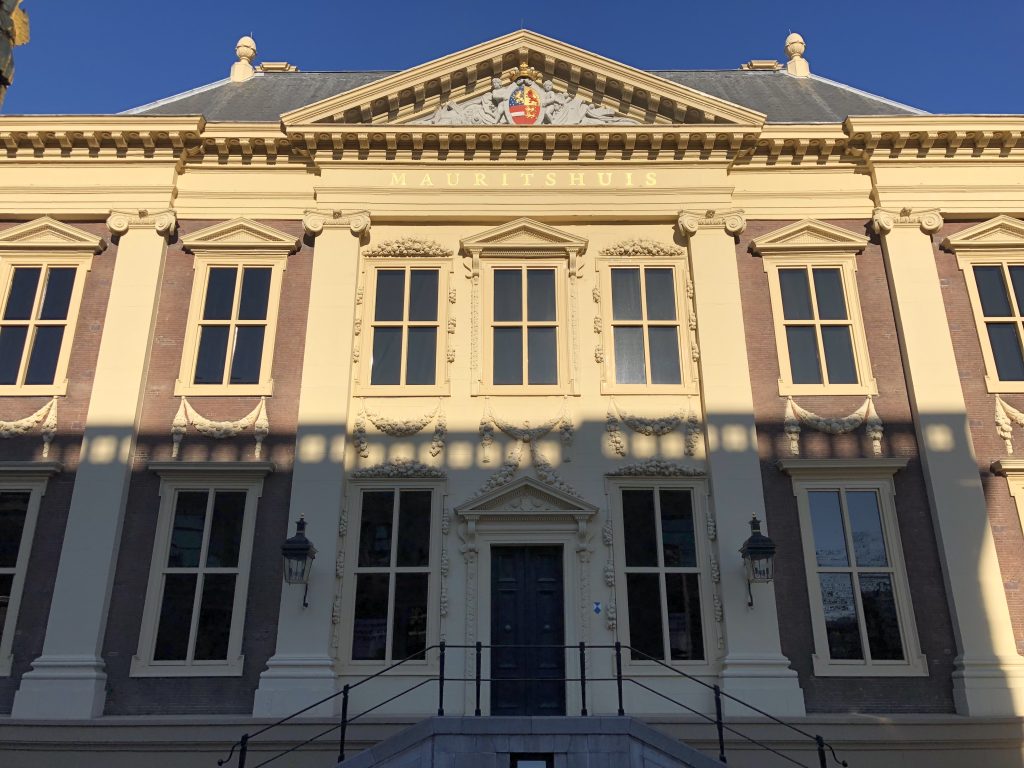 More about the Mauritshuis

This fabulous building was built between 1633 and 1644. It was the residence of the Count Johan Maurits of Nassau-Siegen. He must have seen a good slice of life as he was the governor of the Dutch colony in Brazil for eight years. The architect of this fine building was Jacob Van Campen. He created one of the best forms of what is known as Dutch classicism. The building looks immense and imposing. Inside it feel cozy and intimate.

In 1822 the Mauritshuis became a museum. It is famous the world over for displaying some of the finest works of Old  Masters from the Dutch Golden Age. Here are some of our favourite paintings : 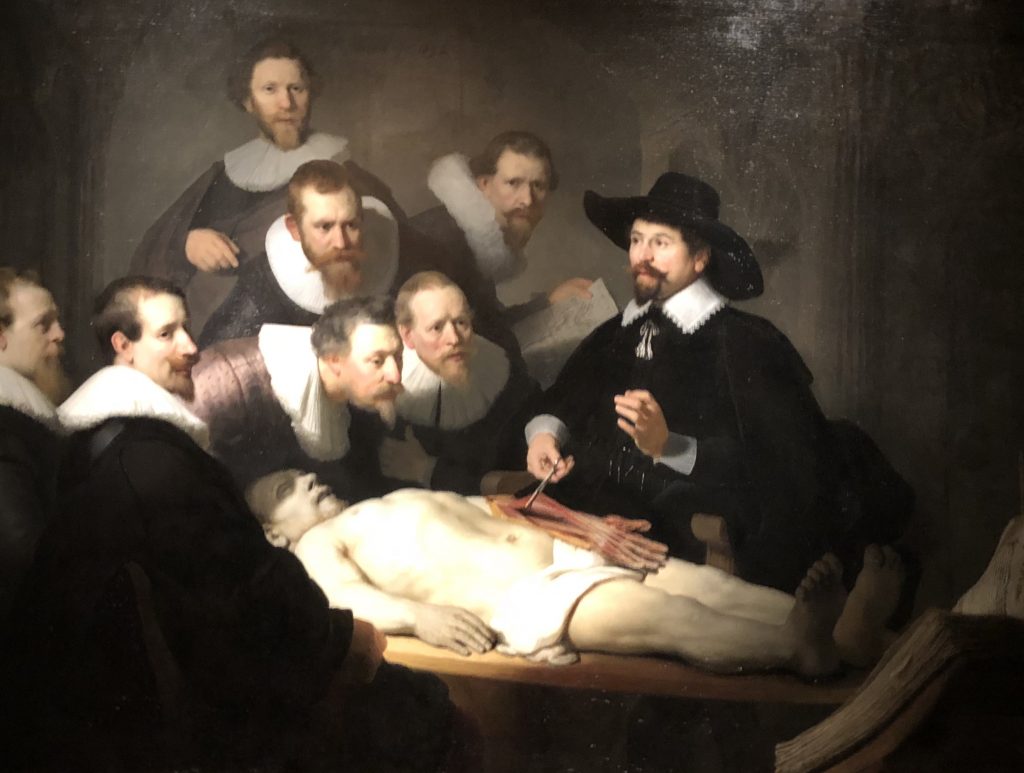 This is one of the most famous paintings in the world. It is stunning to seeing close up. Rembrandt painted it in 1632 and it is recognised as one of his early masterpieces. Dr. Tulp performs the autopsy and medical students look on.  They are local doctors that paid Rembrandt to appear in the picture. Their fame guaranteed for posterity. The painting is signed ‘Rembrandt’ in the top left corner. In previous paintings he used to sign them off as RHL. The poor subject of the dissection is Aris Kindt. He had been hanged earlier on the same day for armed robbery. On the original painting you can see the navel of Kindt is in the shape of an ‘R’….

Johannes Vermeer (1632 – 1675) was only moderately successful in his life and only painted a small number of works as he was famously slow as a painter. He is now very famous for the works that he did produce and is considered a master of ‘light’. He was born and died in Delft and painted many interiors of middle-class life in that town. In the Maurits house there are three striking paintings of his all placed together.

The Girl with the Pearl Earring 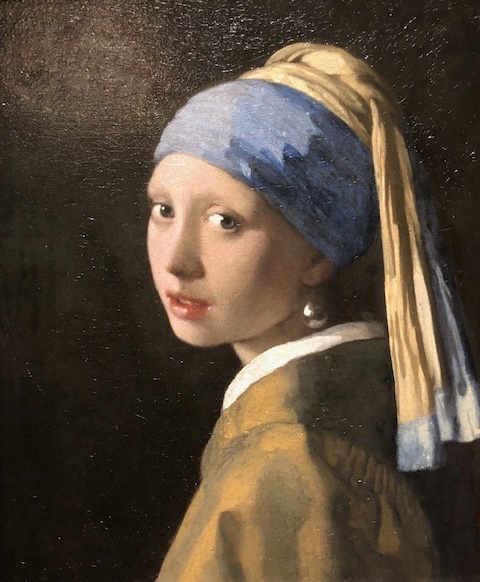 This is a ‘tronie’ – that’s to say a painting of an imaginary person. It is his most famous work, due to the perfect lighting and the softness of the skin effect. Oh, and let’s not forget the huge, glimmering pearl earring. It looks so amazing up close.

Diana and her Nymphs 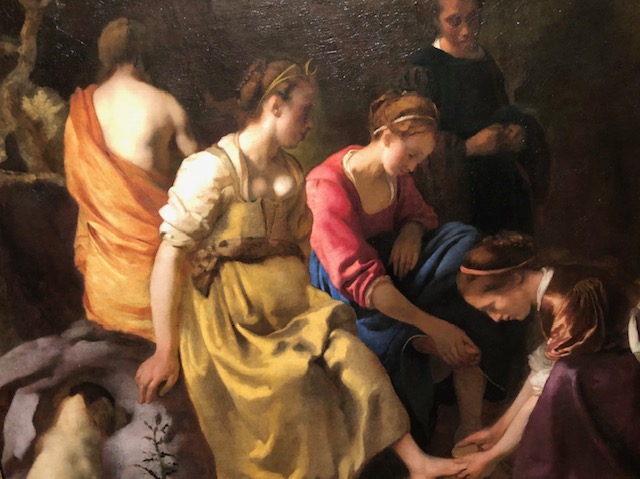 As I said earlier, most of Vermmer’s works were often Delft interiors. In his earlier work he painted some biblical and mythological scenes like this one. Diana is the goddess of the hunt and of the night. The colours and lighting are striking, as is the dreamy sense to the painting. 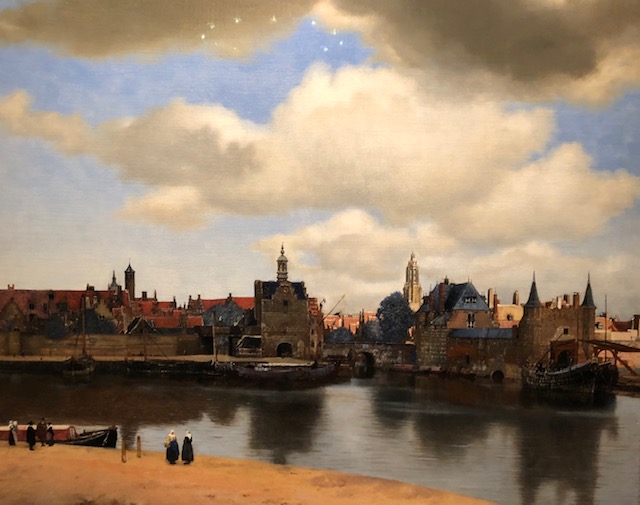 The View of Delft is considered one of the most important landscape paintings of the time. It is divided into three parts: land, sea and sky. The colours and the composition are really impressive.

So it was great to see these three works laid out next to each other and to understand more about the great artist and his works.

The interior of the build is sumptuous. It has been a museum for just under 200 years and is officially known as the Royal Picture Gallery. In 1816, the then King William 1st donated the collection to the Dutch state. They all previously belonged to his father. Then it was 200 paintings and now it is nearer 800. A fine collection of beautiful paintings by Dutch Masters in a fabulous setting. 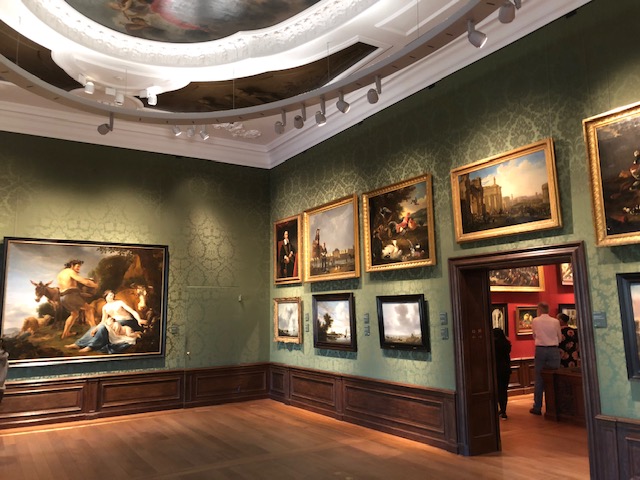 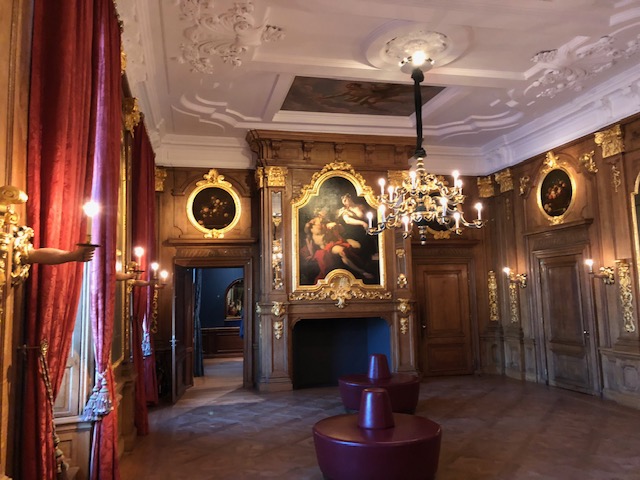 There is so much to see at the Mauritshuis. It is a fabulous museum and the kind of place you can return to many times a year.

A handy list of Amsterdam area museums is here.