Maastricht ! What took me so long ? 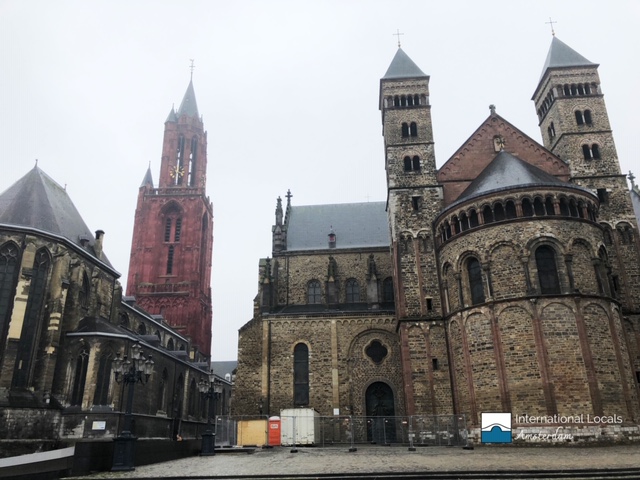 So I finally made it to Maastricht. Everyone has such nice things to say about it. So, as part of a new series of blog posts, I will be travelling the length and breadth of the Netherlands and writing about my visits. I hope it inspires more people to get out there and visit this great country. There is so much to see. 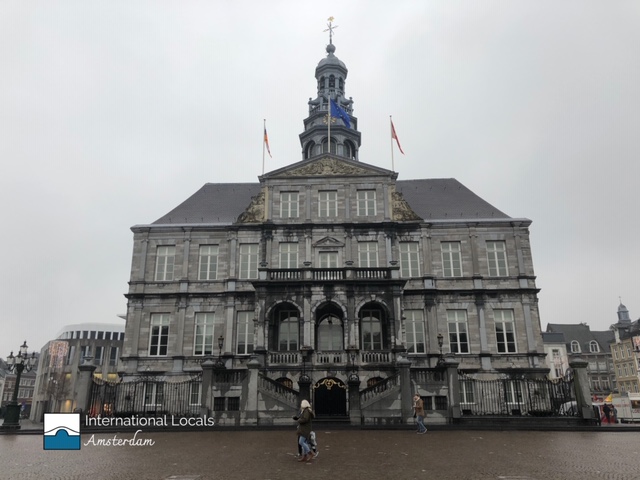 So on Saturday I got up early, cycled to Amsterdam central station.  I  jumped on a direct train to Maastricht. There are lots of them, but check as half are direct and half of them require changing trains. A nice smooth journey that only took a little over two hours. I had breakfast on the train (that I brought with me), read a little, watched a film (there is free wifi) and before I knew it I was in Maastricht. I had heard so much about this city and I was excited to be there and to visit the main things I had on my list.

Capital of the largest Dutch Region

Maastricht is the capital of the Dutch Limberg region. The Belgian and German borders are so close and you can feel the influences of those countries on Maastricht. It is so different from Amsterdam in so many ways. A short walk from the station down to the river Meuse (Maas in Dutch) quickly reveals that is a smallish city. The population is a little over 120,000 and it has a small town feel about it, which is charming for a city of such importance. Most people have heard of Maastricht as the birthplace of the Euro after the signing of the Maastricht Treaty. 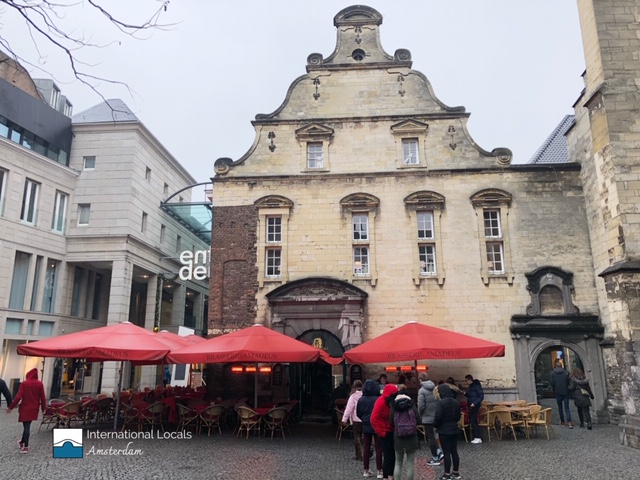 I essentially came to get a feel for the place and see the 4 things on my list. They city centre was buzzing with people. Once you cross the Maas river using the wonderful Sint Vervaasbrug, you quickly feel that the left bank is the main side of the city. The right bank is nice, but feels like a prelude to the main show. The cobbled streets in the centre give the city centre a traditional feel to it. The shops are very nicely presented and you can quickly understand why Maastricht is so appreciated. I made a quick visit to the Tourist Office in the centre and I got some great advice and a nice map to help me get around in the timeframe I had for this visit. Then I walked around the city centre to get a feel for it, but always heading in the direction of my first 2 things to visit.

The basilica of St Servatius.

This imposing building dominates the main square on the edge of the cobbled shopping streets. The Vrithof square must be buzzing with tourists in the summer. On a cold and wet February morning it was however empty. There are fabulous looking cafés and restaurants. Crossing the square I went into the Basilica. This used to be a smaller chapel built in 530 AD and the larger version we see today was started in 950 AD and was added to over the centuries. It is the only church in the Netherlands built over the tomb of a saint. St Servatius was the first bishop of Maastricht and is the patron saint of the city. Inside you can visit the treasury that contains some impressive gold statues and objects used to venerate saint. There are many other objects that give you an insight into the lives people led at those times in the past. Then you can visit the main church which is very impressive. Underneath the church you can also visit the tomb of the saint.

Next door to the Basilica is the very visible 70m red tower of the Sint Janskerk. I was hoping to go inside and climb the tower to get great views over the city. Sadly on the day I went it was closed. Another good reason to come back to Maastricht. 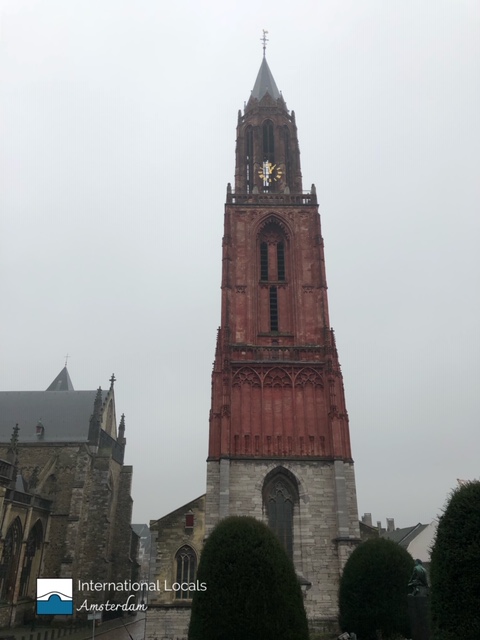 This is a real ‘OH WOW’ moment. This 13th century Dominican church was totally restored in 2006 and is now a bookshop. It is the most beautiful bookshop I have ever seen. there is a wonderful area to have a coffee and rest your feet too. You feel like you are in a very special place. Every city should have one of these ! It’s so easy to lose a sense of time in a bookshop like this. 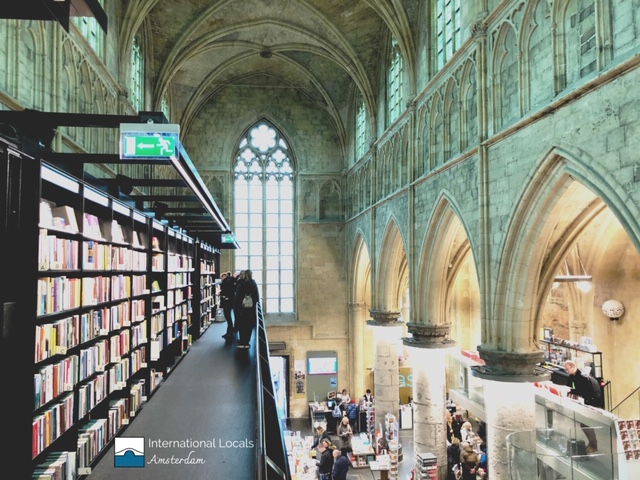 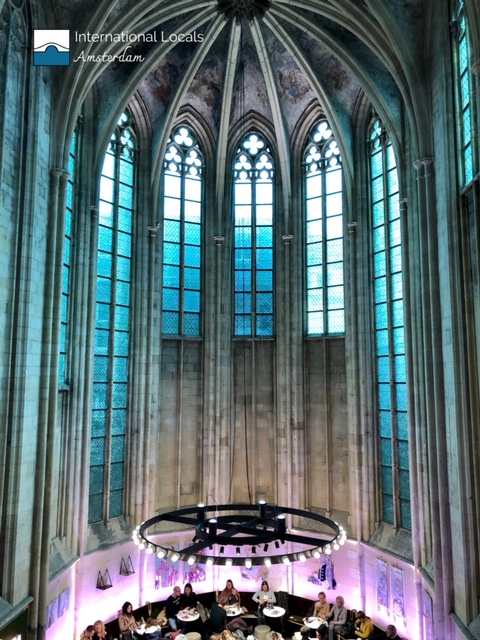 Another important reason for my Maastricht visit was to see the David Lynch exhibition at the Bonnefanten Museum. 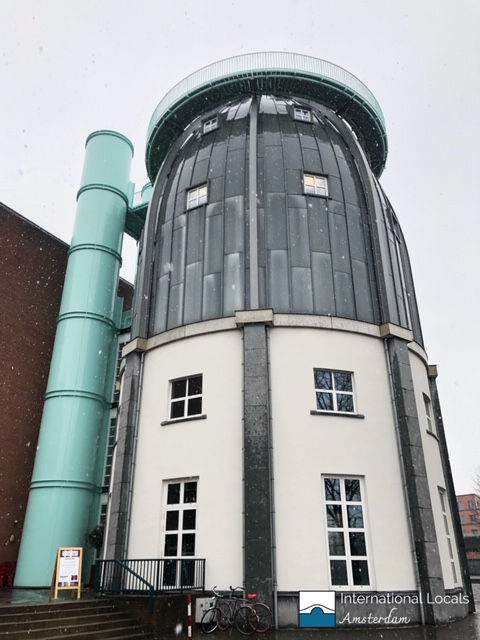 He is master of his medium. A superb screen writer and director of many cult films. He is and always has been an artist. As a young boy, he travelled a lot due to his father’s job. This opened his eyes to many things and expanded his knowledge of the world at a young age. Another reason he developed early skills as an artist was that his parents refused to buy him colouring books. He had to draw then things he wanted to colour. Later as he started to move into film, he mixed his skills to great effect and won an important grant that allowed him to create more film and the rest, as they say, is history.

From there is was a short walk back to the station and I was back in Amsterdam for dinner time.  A classic day trip to discover a city I had been meaning to visit for years. I just find it so hard to leave Amsterdam ! Now with this new plan to discover more of the Netherlands I will be criss crossing the country and reporting back. I hope you find these blog posts of interest and maybe they will inspire you also to discover more of the Netherlands.

Note – I travelled using the Weekend Vrij option on my OV Chipkaart. You pay a monthly fee of 34 or 40 euros (Second or First class). Once activated you can travel for free from Friday at 18.30 to 04.00 on Monday morning. Up to three people travelling with you can get a 40% discount. During the week you also get 40% of all non peak time travel. You can read more about it on the Weekend Vrij page. We are not an affiliate for NS, we just thing this is a brilliant thing you might also like to have and use.

Disclaimer – This article was NOT funded by the train company. It’s simply a great tip.