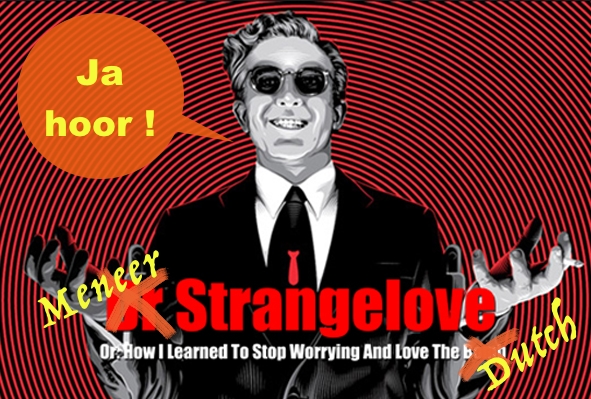 Meneer Strangelove…or, how I learned to stop worrying and love the Dutch.

This is an article I started writing a while ago. During that time period, many of my ideas have changed. Now feels like the right time to finally revisit it, to put fresh ideas down and to see what reactions I get. I want to start this article with my conclusion and then work backwards. So, after six or so very happy years living in The Netherlands, I am convinced beyond any doubt that I love the Dutch. I really do and I am confident that I can convince any expat or international living in this great country that they should too! That is my conclusion after years of ‘watching them in their natural habitat’ like some erudite social anthropologist…..which I’m not. I openly admit, when I first moved here, I thought, “God, they are so annoying.” I realised soon after that I was wrong. I think it was me being jealous of all the fun they were having!

So what is it exactly that I like about them? Hmm, let’s see. there are a number of reasons to my mind why I love the Dutch. Allow me to work through them one by one.

I have always noticed this, but nowadays even more. Look around…the Dutch are always laughing. They bump into their friends in the streets and much laughter ensues. Standing outside the bars talking, laughing, having fun. They seem to have a lightness about them which lends itself to having a good time. In the years I have been here, I have always seen the Dutch enjoying themselves. I notice it more now as I live opposite a very popular brown café in the Jordaan. The sound carries and I can hear the Dutch people talking and laughing all day, every day. Believe me, after a few drinks they laugh more than they normally do. The Dutch don’t have a reputation for humour. Why not? They love to drop one liners into conversation to make the one another laugh.

I was at the Filmhallen last week. As I pulled up on my bike, the security guy was loudly talking and laughing with some people. As they left, I approached him. I said, “You Dutch, you’re always laughing.” He replied, “Well, we are and I certainly am. After all, you could be dead tomorrow. You have to be having a good time.” I couldn’t fault his logic.

The British think they have the worldwide monopoly on comedy, but we don’t . (The Americans do, more of them, more competition for better writers….). There are stand up comedy nights every night around the city and they are always packed. The Dutch love their comedy and because they all speak English, you see a lot of them at the English language stand up nights too, events often MC’d by….Dutch people! It’s a comedy shake down, I tell you… 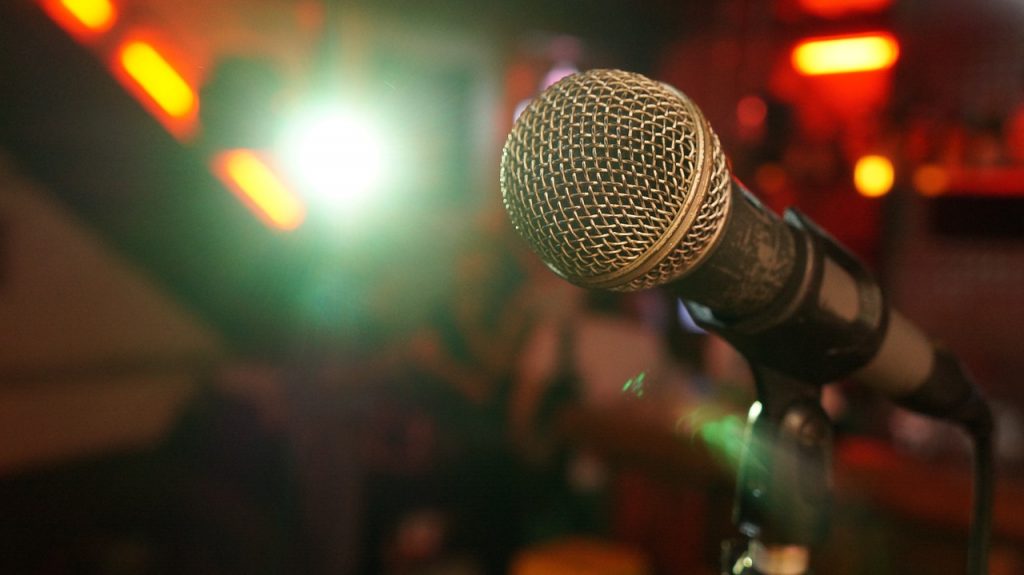 There is a pervasive confidence about the Dutch. It’s not a visible swagger for show, but an understated aura you can feel. They seems to be saying, “We know what we’re doing and it works, so either join us or get out of the way.” They don’t hang around. The economy is going well and things get done. They can dig up a major thoroughfare, cause massive disruption. But the Dutch don’t complain because they are so confident it will be better afterwards, and it usually is… It seems to me that this confidence is instilled in them at an early age. Their kids climb higher in the trees than I feel comfortable with letting my kids do. Very small children travel on bikes with their parents everywhere, next to trams and big trucks, come rain or shine. Slightly bigger children soon get their own bikes too and cycle next to their parents and the trams and the big trucks, come rain or shine. They run and play for hours in the park at rough and tumble. They climb steep stairs every day. The Dutch are hardy with a history of hardiness and this breeds self confidence into them at an early age. From the outside looking in, foreigners might think this is arrogance. It really isn’t. It’s confidence and that is closer to fearlessness than it is to arrogance.

They seem to strike a good work-life balance. Work is work, but at 5 PM they switch to private / family time. I think that balance they achieve contributes massively to the general atmosphere of happiness in The Netherlands. Yes, other countries have it too, but here they have in in droves. Much fun is made of their family ceremonies and traditions, such as the birthday circle parties, but it is a solid base. There is a structure in place geared to success and family life. I can’t prove it with stats, but I have a feeling it plays an important part in their contentedness.

The aforementioned confidence also touches the world of work. The country has a long history of trade, so why change a winning team? The motto is ‘work hard, play hard’. If a population shouts the word ‘Success!’ at each other all day long, there is only ever going to be one outcome…. You grow up, you see your friends doing well, you do well, people help each other to do well and all the boats rise together. There seems to be a general acceptance that if you make business easier to do, more people will do business. If the businesses flourish, they will employ more people. That equals more tax revenue and less unemployment benefits to pay out. In turn, that leaves more money to modernise the tram lines and pavements (cf my earlier point). It seems to me that they have an excellent work ethic and it works collectively. They celebrate the success of their peers, because they know that is good for everyone. Again, it starts early. On king’s day all the kids are happily selling on their used toys and books. They look after all their stuff and keep it in good condition, because they know there is value and benefit to be had when selling it. Of course, as adults, they do the same with their cars and houses. People attach the work ‘Calvinist’ to the Dutch with a little too much ease. It’s a lazy epithet, when the word ‘smart’ is a more accurate adjective. 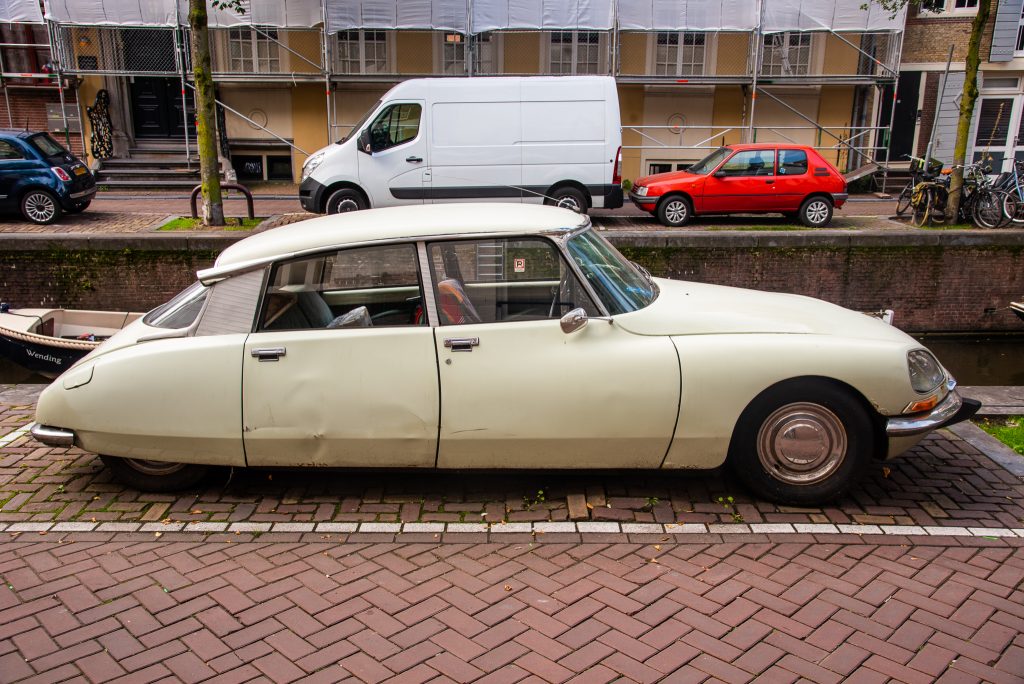 The Dutch quick to smile, easy going and kind. They never seem rushed and are not easily stressed. Again, these are just my impressions, but I can only work with what I see with my own eyes over the last few years. I often hear complaints about Dutch service, but I have only ever found it to be excellent. The people who work in the buses and trams are always smiling and helpful. When you need to visit the Gemeente, the KVK or other administrational offices everyone is really helpful. Even more so, if you make an effort to speak Dutch. They love that. So for anyone having regular bad service experiences, try a little Dutch with a smile and see what happens. Magic happens, that’s what. 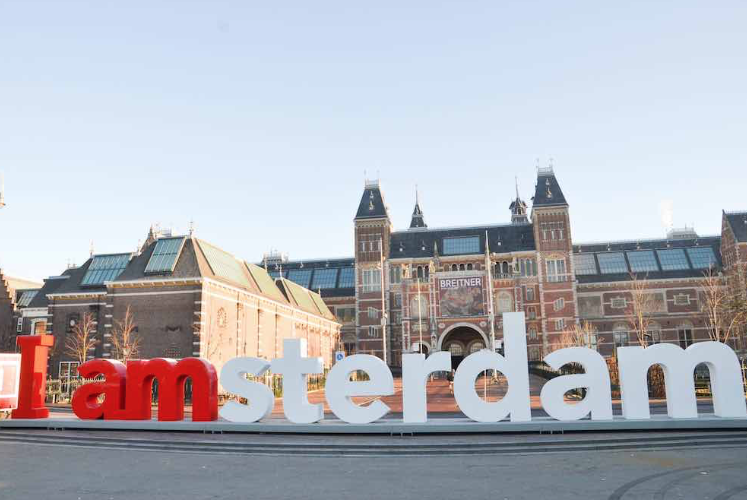 Years ago, within a week of moving to Amsterdam, I went to get a haircut. I told the barber how much I liked the city. I liked that you could see into people’s homes. He replied,”You can look inside, but you’ll never go inside!” It is partly true. Over the years we mainly made non Dutch friends. But we had some Dutch neighbour and we were invite for drinks with them all the time. The Dutch have a reputation for openness and they deserve that reputation. They cleverly attract the best talent by being open for business. It is trade related I think. They export massively for items across the world, so they are an outward looking nation, unlike the British as of late. If there is any expat-related hostility, I have never felt it. They remain pro Europe and so am I.

This one. I think it is a popular misconception. There is a confusion between directness and tactlessness. I don’t think the Dutch are tactless. That exists to some here just like in any other country. I don’t think they are unnecessarily direct either. Straight talking is more beneficial than beating around the bush. I am sure most people feel the same.  I think the Dutch speak the truth in a clear way, lacking ambiguity. That’s straight talking. People all over the world do that too. It is not the reserve solely of the Dutch. I am not very good at reading between the lines, so hearing things clear and straight is my preference. It works both ways, it means you can clearly get your intentions, gripes or complaints out in the open and dealt with.

Back to the Start

So, there you have it – I Love the Dutch. And you had my conclusion at the beginning – I love the Dutch. I don’t feel they get the credit they deserve. I am going to go deeper into this with a new series called ‘Drankjes Met Dutchies’ where I take its of Dutch people out for drinks in different places so you can hear what they have to say. Stay tuned !