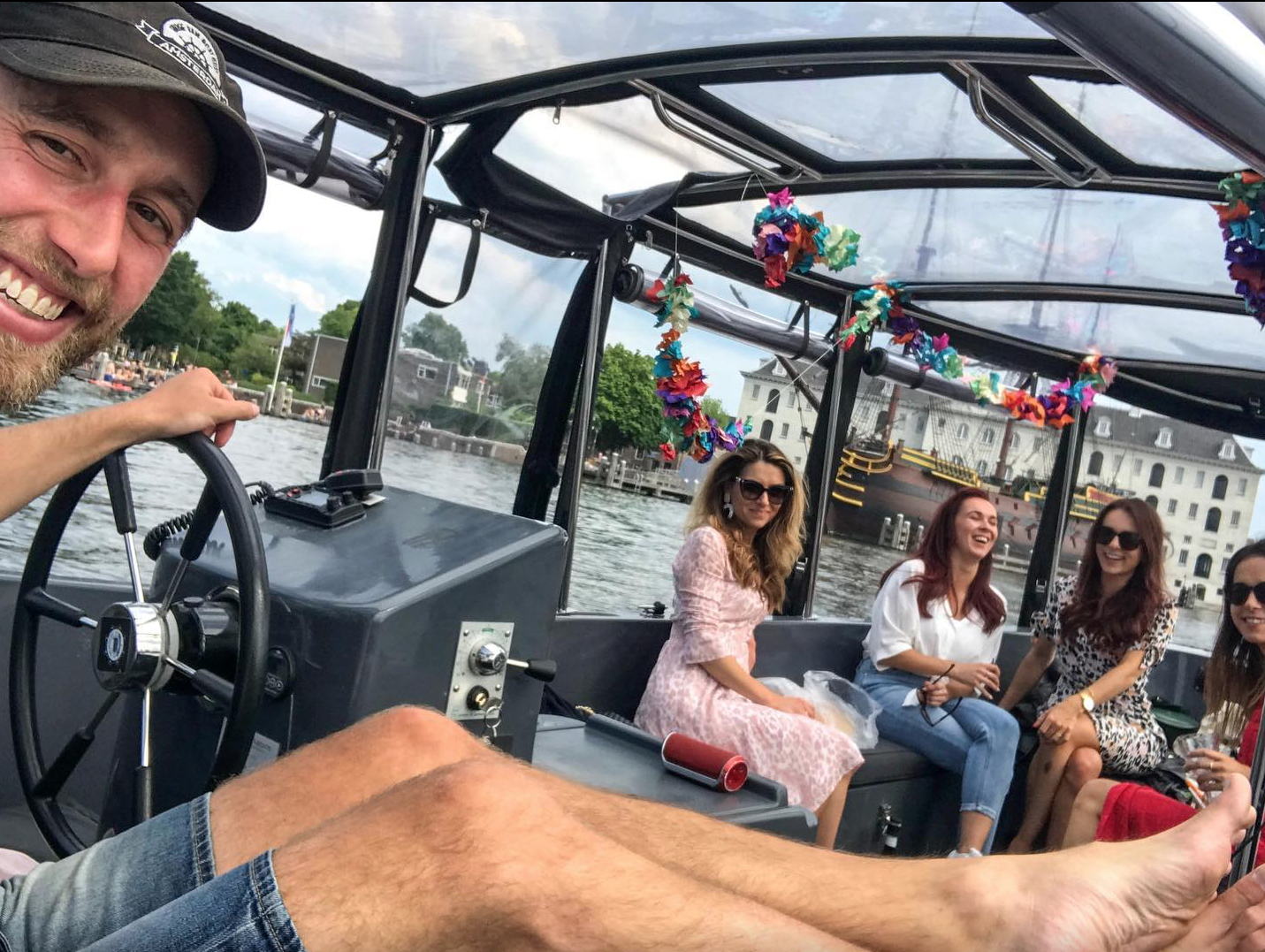 Before we start our article Local Expat Neil Robinson, let’s look back over the recent months. During lock down, I had a lot of time to write about lots of Amsterdam-related things. One of those themes I want to keep exploring is the stories of the expats who live here and really became locals. They laid down roots, started businesses, maybe married a Dutch partner, maybe had kids here and generally settled in for the long term.

Have you ever heard someone say, ‘I came here for a 6 month stint and 10 years (chose your own number) later I am still here!”? I have heard that so many times. I think the nature of the expat is changing, as the world is also changing. Amsterdam and The Netherlands feels safe, solid and dependable is a world that seems to be going the opposite way. That is what attracts businesses too and maybe us expats are now more long term than we used to be.

Amsterdam was attracting many British businesses because Brexit is coming. Amsterdam is open for business, has great transport links and the fact that pretty much everyone speaks fluent English certainly plays a role too. Then Corona happened and international transport and movements started to close down. Some expats will have returned home due to the uncertain nature of the future during lockdown. However, as the infection numbers are steadfastly low at the moment, I expect people to come back now that Amsterdam and transport links are opening up. The same is true for tourism. 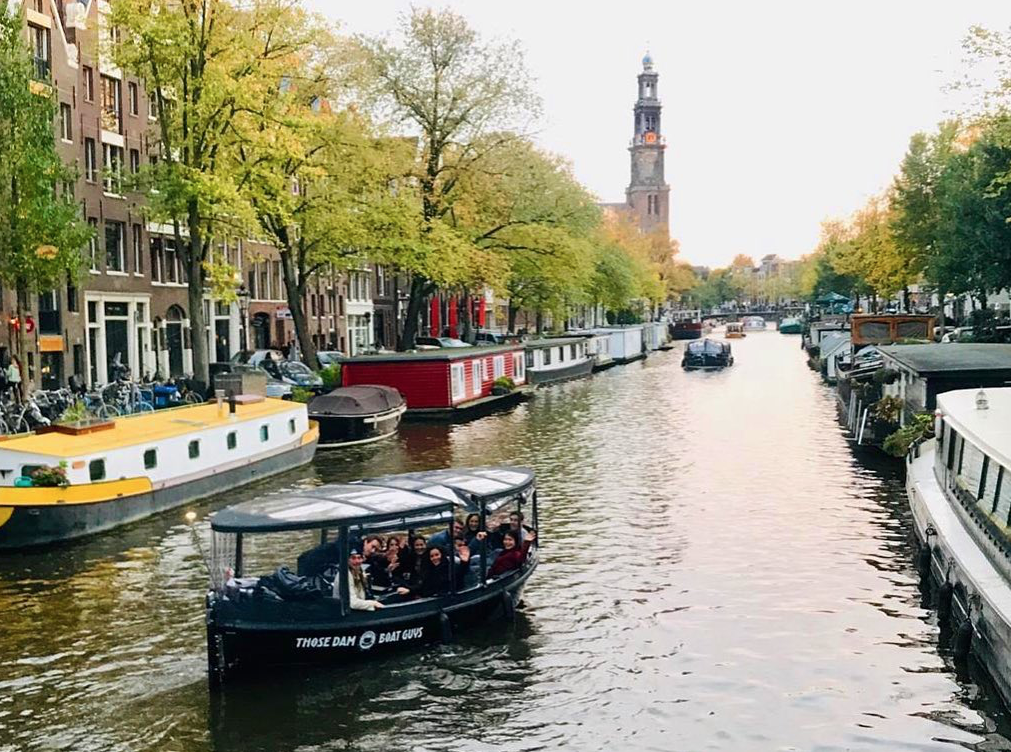 There was a time just recently where the streets were totally deserted and all the businesses were closed. Never before in living memory has anyone seen that. It was shocking. Now things are opening up again in a new form. Tourism is slowly returning and you can see that in the streets. Many are hoping it will be different than before. Others make their living from tourism. I know that Neil, his partners and the team at Those Dam Boat Guys relied heavily on tourism before and I wanted to find out how they managed. Also, I am curious to understand how firms that need tourists are adapting to the new normal. So, here is a Q+A with the snappy title ‘Local Expat Neil Robinson’ to get for information straight from Neil himself.

Hi Neil, thanks for taking the time to answer our questions.

1. So Neil, tell more about where you are from and what brought you to Amsterdam.

Originally I hail from Vancouver, Canada. An amazing city, for sure, but my adopted hometown of Amsterdam is the clear winner in my books. I guess it’s culture over nature. Like so many before me, it was meant to be just a 3-month stint. It’s now been over 10 years. Originally, I wanted just a taste of life in Amsterdam, but I now find myself loving the all-you-can-eat Amsterdam-life buffet. 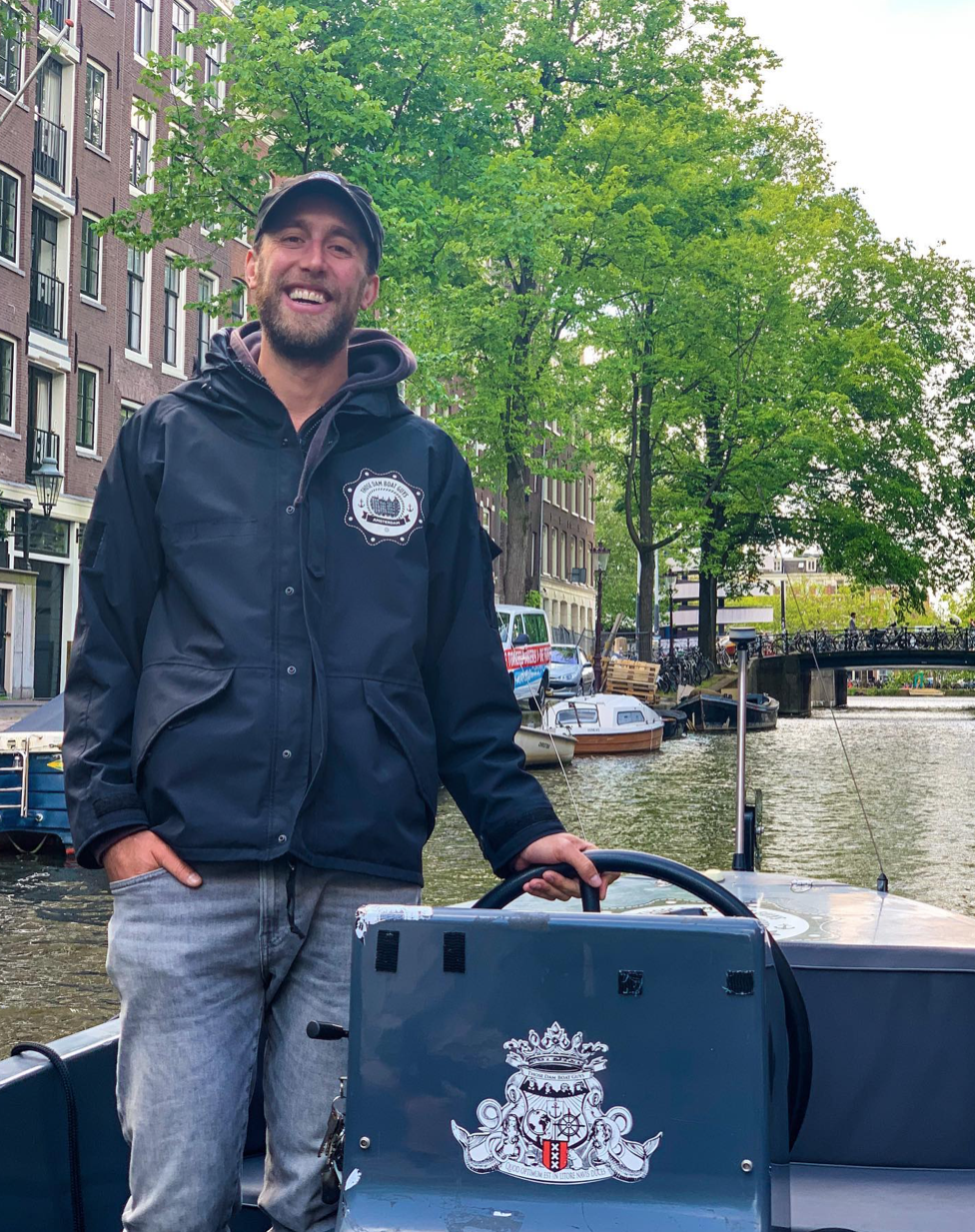 2. You started a canal cruise company, please tell us more about that.

Those Dam Boat Guys was founded by myself and a couple buddies from California, Jesse & Alec. We wanted to provide an experience on the water no other company offered – small groups, cozy boats, and BYOB. And if you prefer a joint over a beer, that’s cool too. We delve deeper into the historical and cultural identity of the city, dispelling misconceptions and highlighting virtues. Essentially we reconfirm what all of us already know – Amsterdam is the greatest place to live…. and let live. 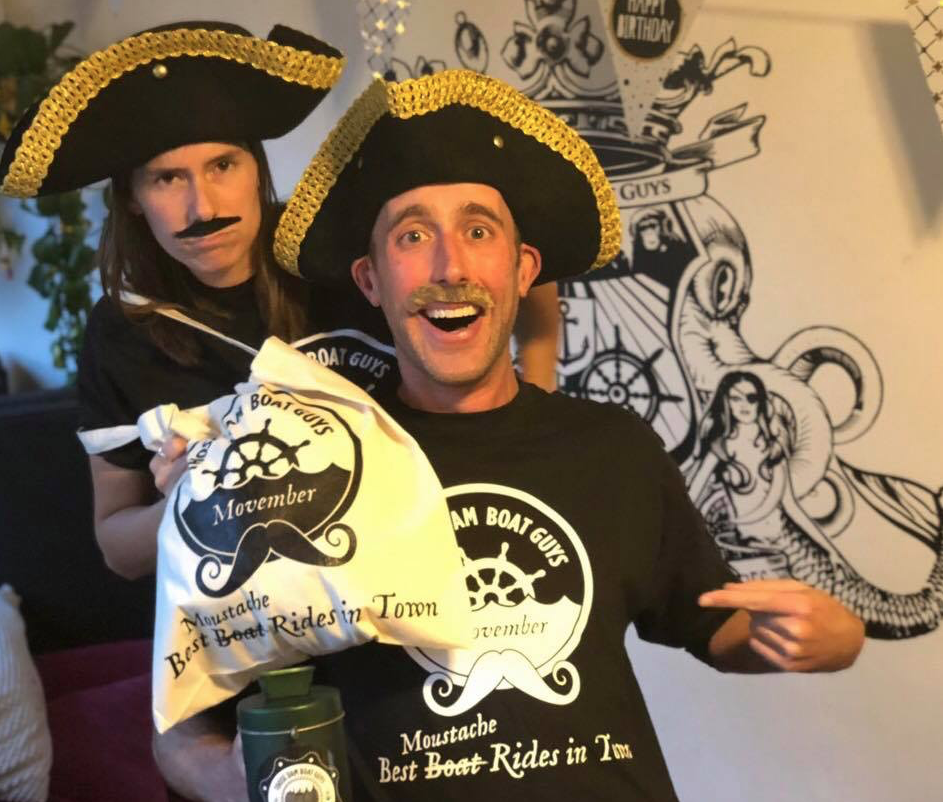 3. The tourism industry was deeply affected by the corona virus lockdowns. Please tell us more about how it was for you during those months. Also, how do you see the rest of 2020 going for you?

Well shutting down for almost 3 months wasn’t great for our bottom line, to say the least. Slowly things are picking up, but it’s imperative we do it carefully and responsibly. Though this pandemic inspired the name of our new private tour – the “Strangers Are Gross” tour! Basically, at the risk of overusing some overused idioms, we’re confident we can stay afloat if we just ride out this storm, comforted by the knowledge we’re all in the same boat! 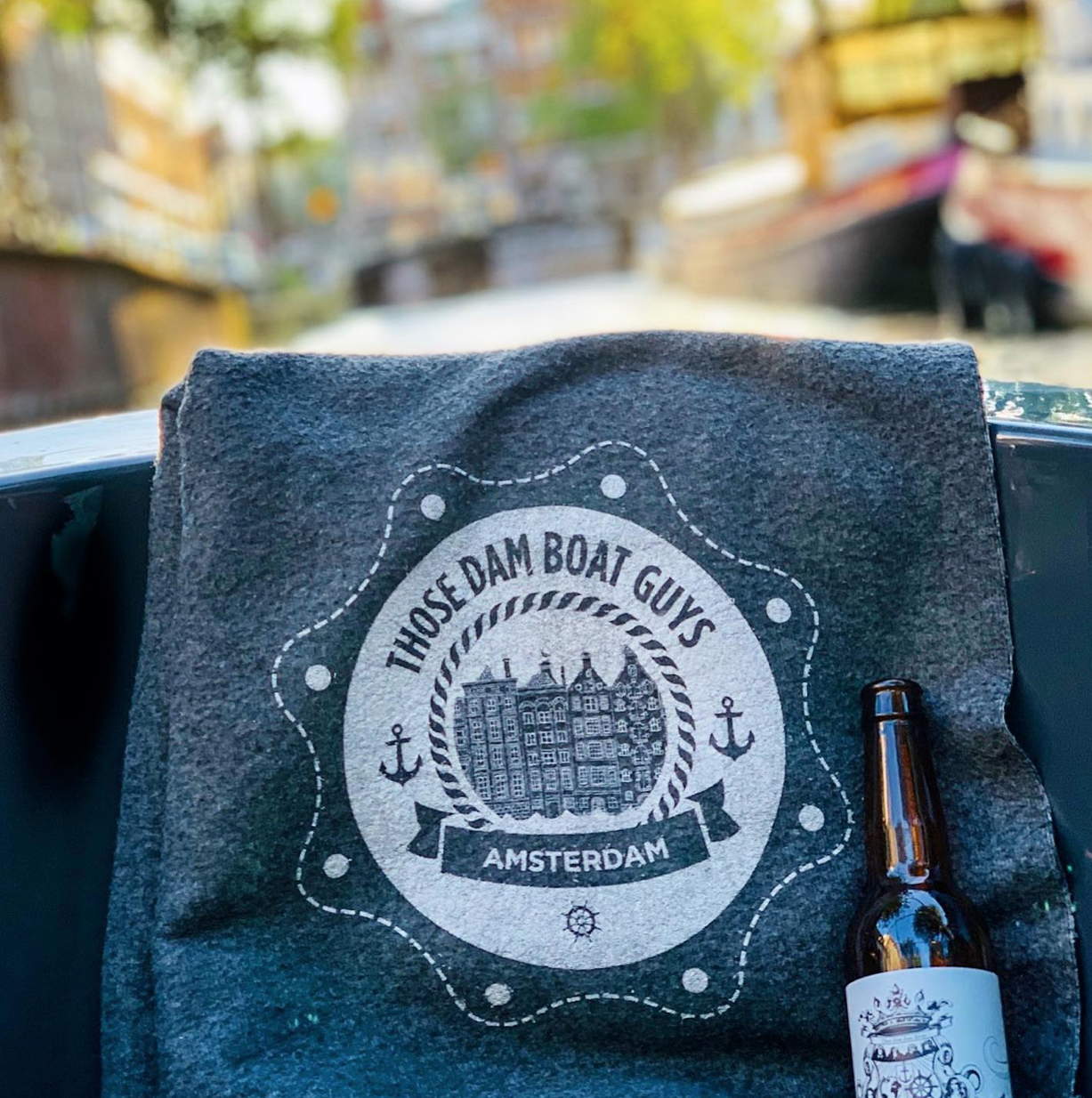 4. On a very different note, I recently saw you perform and MC a comedy event. How did you get into that and what is it like ?

My first job in Amsterdam was as a street promoter for the famed improv theater Boom Chicago back in 2008. After watching the performers every night, I was inspired to get up on stage to try to get some laughs myself. I booked my first standup set at Comedy Cafe, and quickly fell in love with it. I also co-create an online comedy series on life in the Netherlands called “Survival Guide to the Dutch”.  So whether in standup or in videos, turns out cracking jokes about the Dutch lands well with non-Dutchies and Dutchies alike! 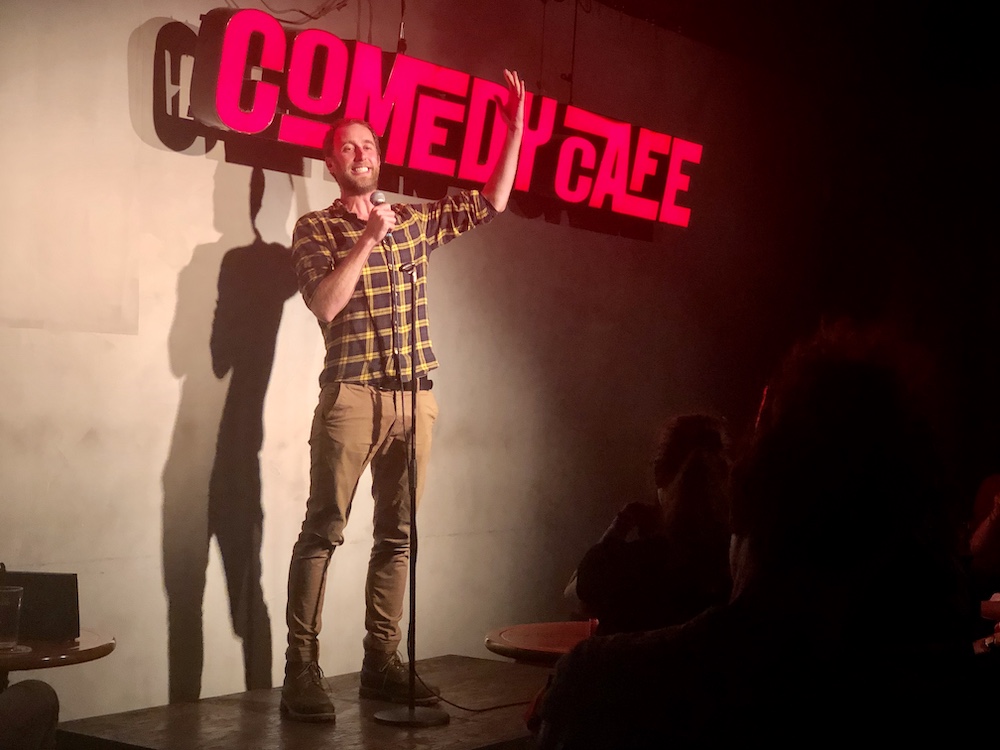 5. Lastly, please give us your insights into living in Amsterdam. What are the essential things that you love about your Dutch life?

Amsterdam is a very special city. The vibe. The spirit. The quality of life. I truly feel this city is second to none. Whether I’m on a bike, a boat, or on foot, I’m constantly in awe. Beyond it’s beauty, here you can just be you. I believe the world can learn a lot from Amsterdam. A place where the golden rule is “Do what you wanna do, just don’t be a dick about it”.  Super simple, really. 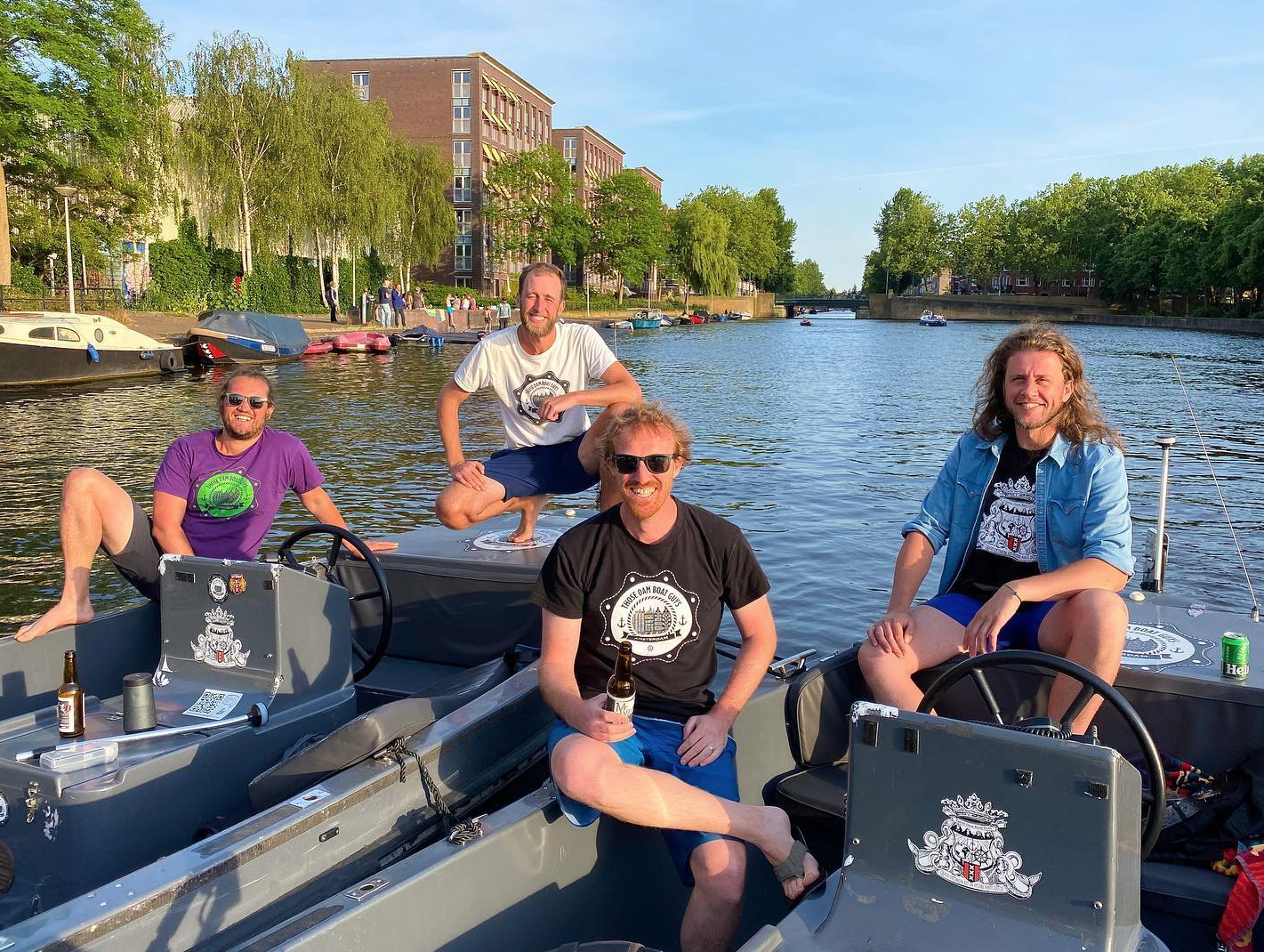 So there you have it, another article in our series that allows us all to have more insights into the life of an expat entrepreneur in Amsterdam.  We hope you enjoyed our Local Expat Neil Robinson Q+A. Thanks Neil for answering our questions and we hope to see you one day soon out on the water!

If you would like to do a canal cruise with Those Dam Boat Guys, you can see their website here.

Or, as they are often innovating with new ideas and offers, simply give them a ring to see what is possible on : 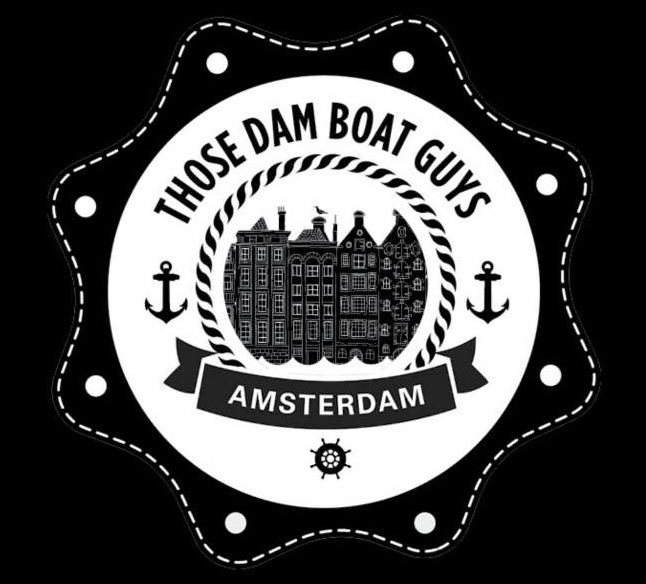