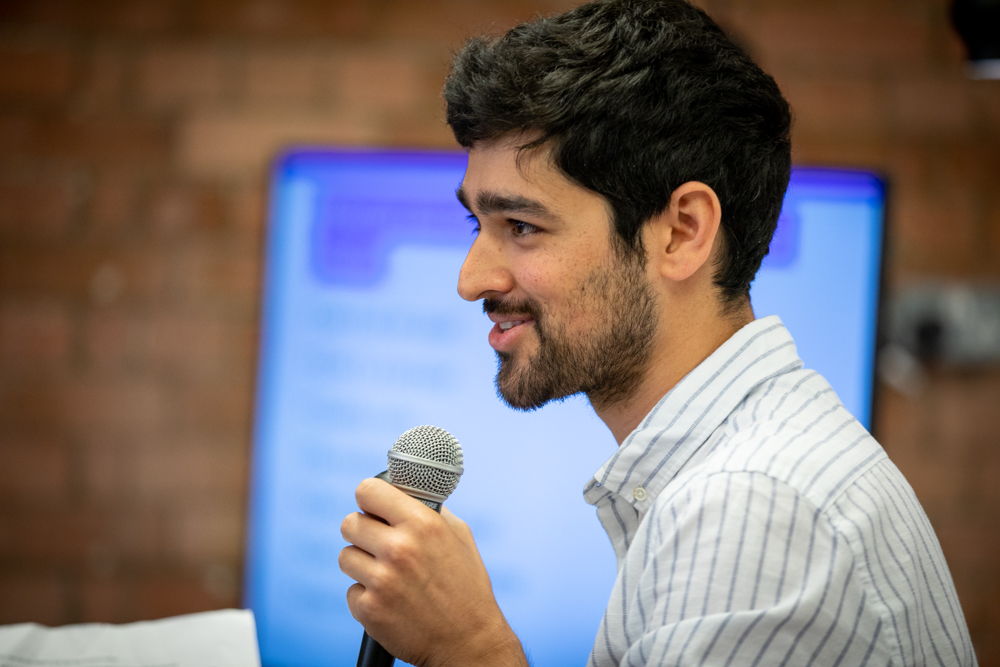 Local Expat Ben Storey – In this continuing series, we give insights into expats and internationals living in Amsterdam. We don’t do it because we are nosey (clue: we are…), but to highlight all the varied and different activities that people do during their time in Amsterdam. It is not all skilled migrants brought in by big corporates to fill managerial roles in office towers. People come to live in Amsterdam for a hugely varied number of reasons. Sometimes it is for work, sometimes it is with their partner’s job and sometimes it is simply because they have fallen hopelessly in love with the beauty of the city itself.  This time we are asking the questions to local expat Ben Storey, who I met through a common acquaintance. Ben knows all about branding, brand strategy and how to get attention for them. He has his own consultancy for that here.

Earlier this year, I had a chance to sit down with Ben and hear more about what he does, his life here in Amsterdam and what drives and motivates him. I had a really nice time hearing all about him and now that The Netherlands is opening up again, this is a better time to update and release this article about Ben. Now that a certain positivity is returning to our daily lives, let’s hear from an extremely positive British guy! Over to you Ben! 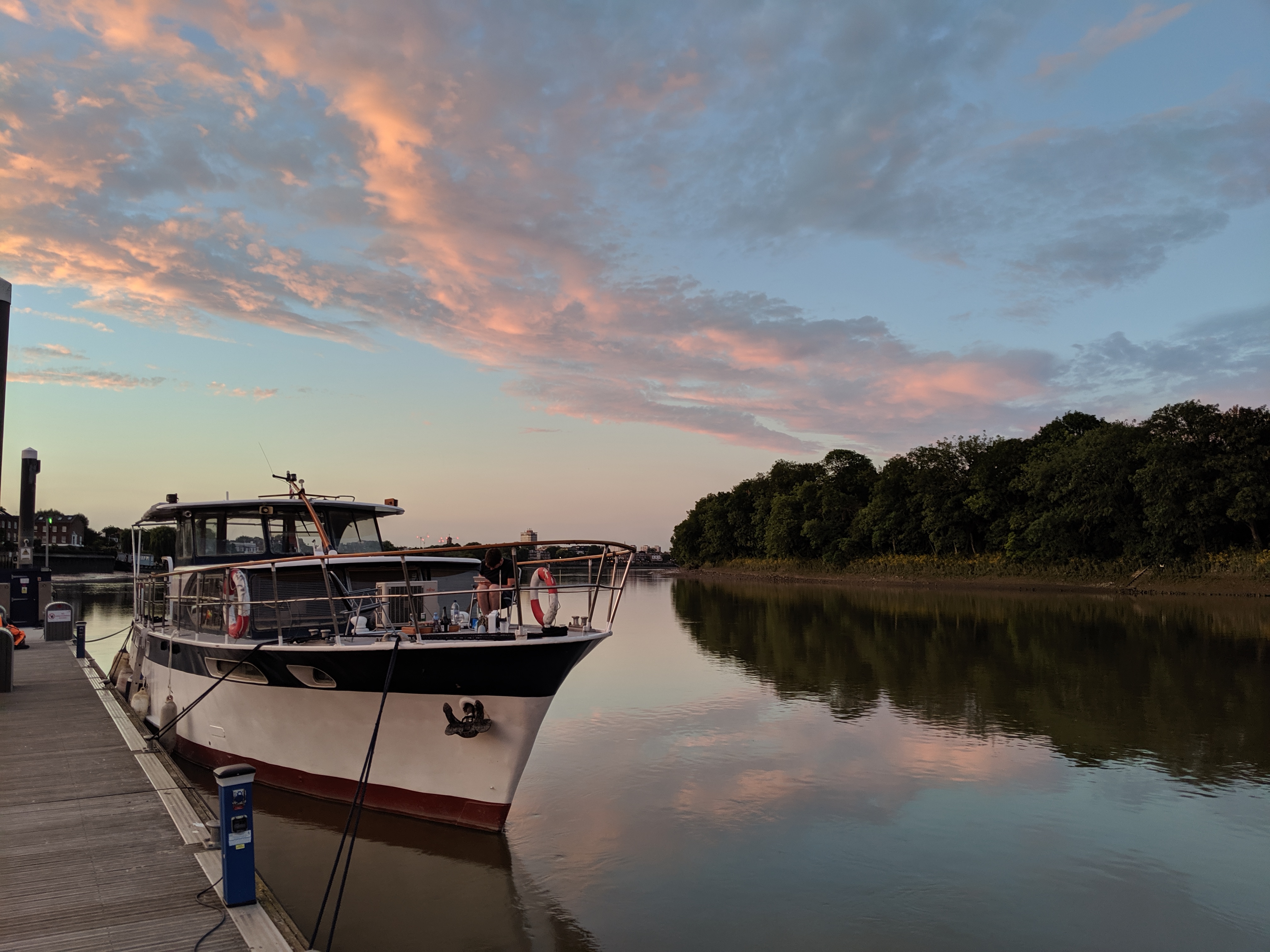 For the past five years I’ve worked as a freelance digital marketing consultant, helping organisations find their audiences and grow their business online. I’ve had the joy of working with businesses of all sizes – from international brands like Sony Professional, Hasbro, Amazon, to smaller purpose-driven organisations. I like working with a range of clients, each of whom have their own challenges and keep my life interesting! 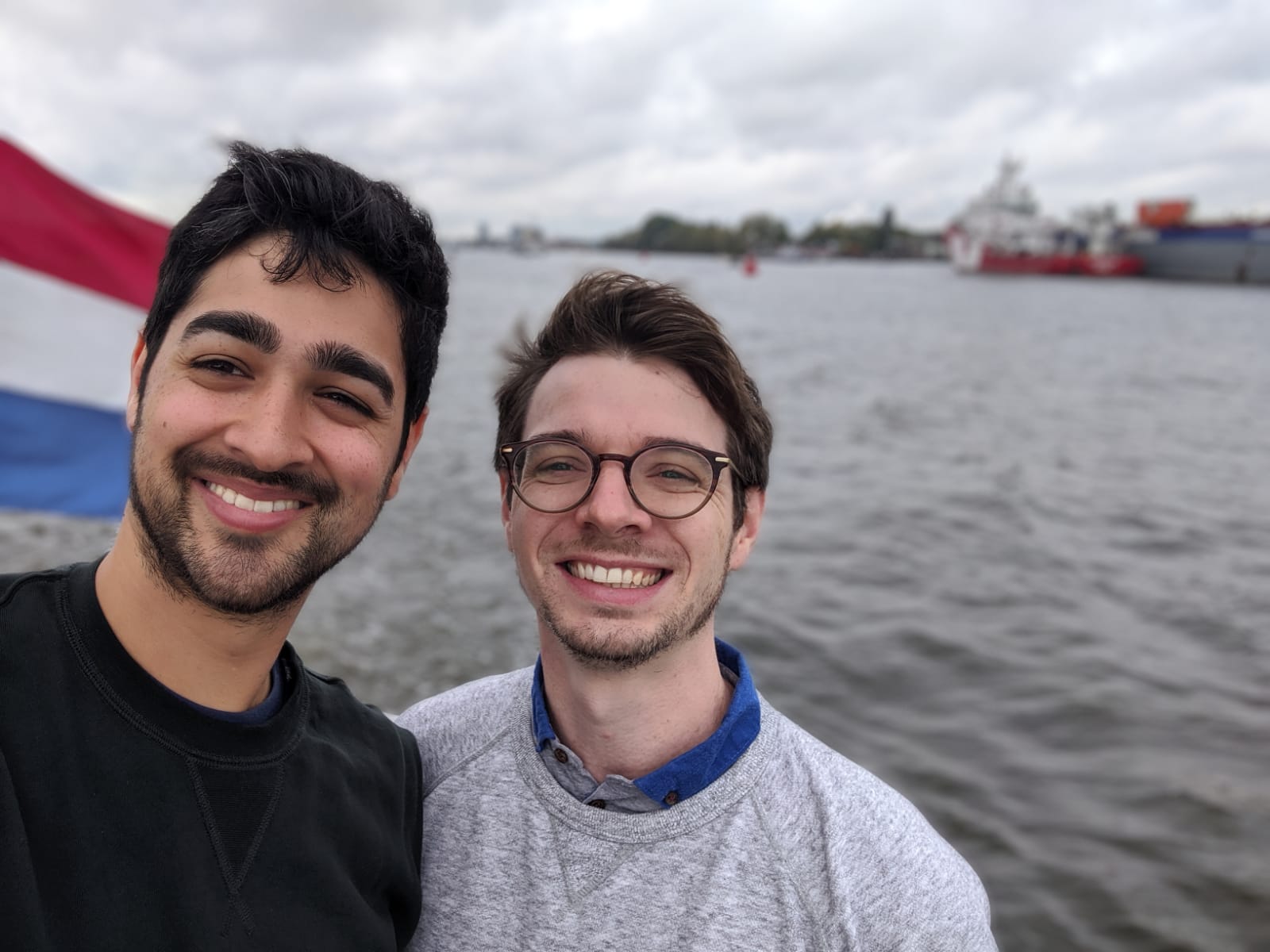 2. What brought you to Amsterdam from London?

The tangible reason is that my partner got a job here and I followed. In truth though, we’d been planning to move abroad for some time. Our dream cities were Amsterdam, Copenhagen and – slightly different – Mumbai!

We’d talked about it for years, but two things finally kicked us into gear. Firstly, Brexit had made us more cognizant of how we had the ability to move abroad but had never made use of it – it presented a sort of deadline. Secondly, I had been offered a long term contract in Copenhagen. For a brief moment we had imagined ourselves living in a different city and we had loved the idea of it all. So, when that unfortunately fell through we knew we had to make it happen somehow. 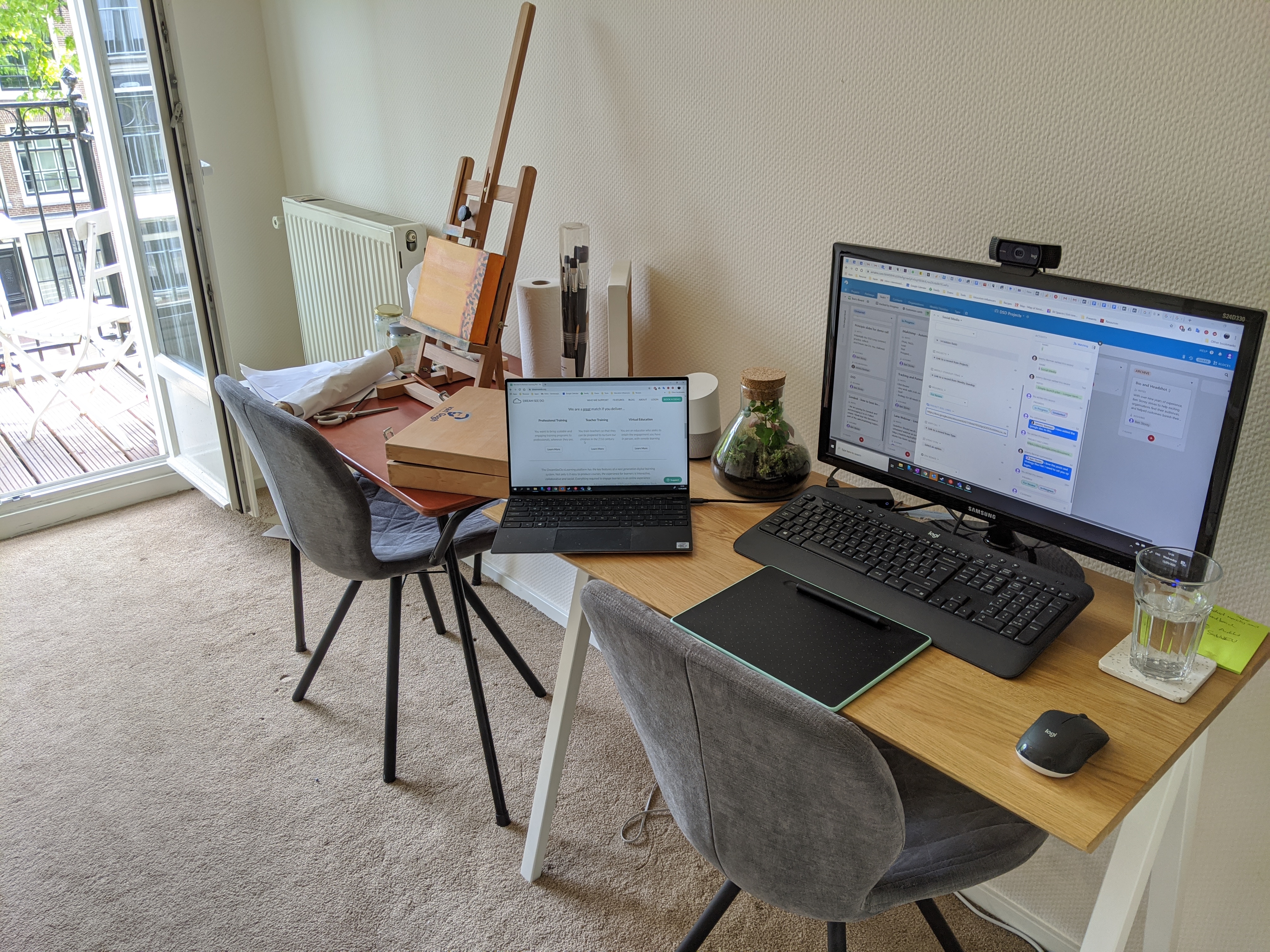 3. You told me you used to live on a boat in London. Surely you must have been tempted to do the same here ?

Yes! I loved London, but living on a boat provided a peaceful sanctuary to return to once I’d had enough of the city’s madness.

We did seriously consider bringing the boat over but it was too impractical and the value of the boat here would have sunk (pun intended). So instead we sold it. I think it was the right decision – it allowed us to truly make a fresh start. Besides, you’re never that far from water in Amsterdam.

We’ve decided we won’t live on a boat in Amsterdam. In London it was a comparatively cheap way of living, but the same can’t be said for this city. Boats appear to be premium real estate.

However, we have promised ourselves we’ll buy a small recreational boat, something with one cabin so we can go on small trips during the weekend. There’s so much outside of Amsterdam to explore and I can’t think of a better way to see it. 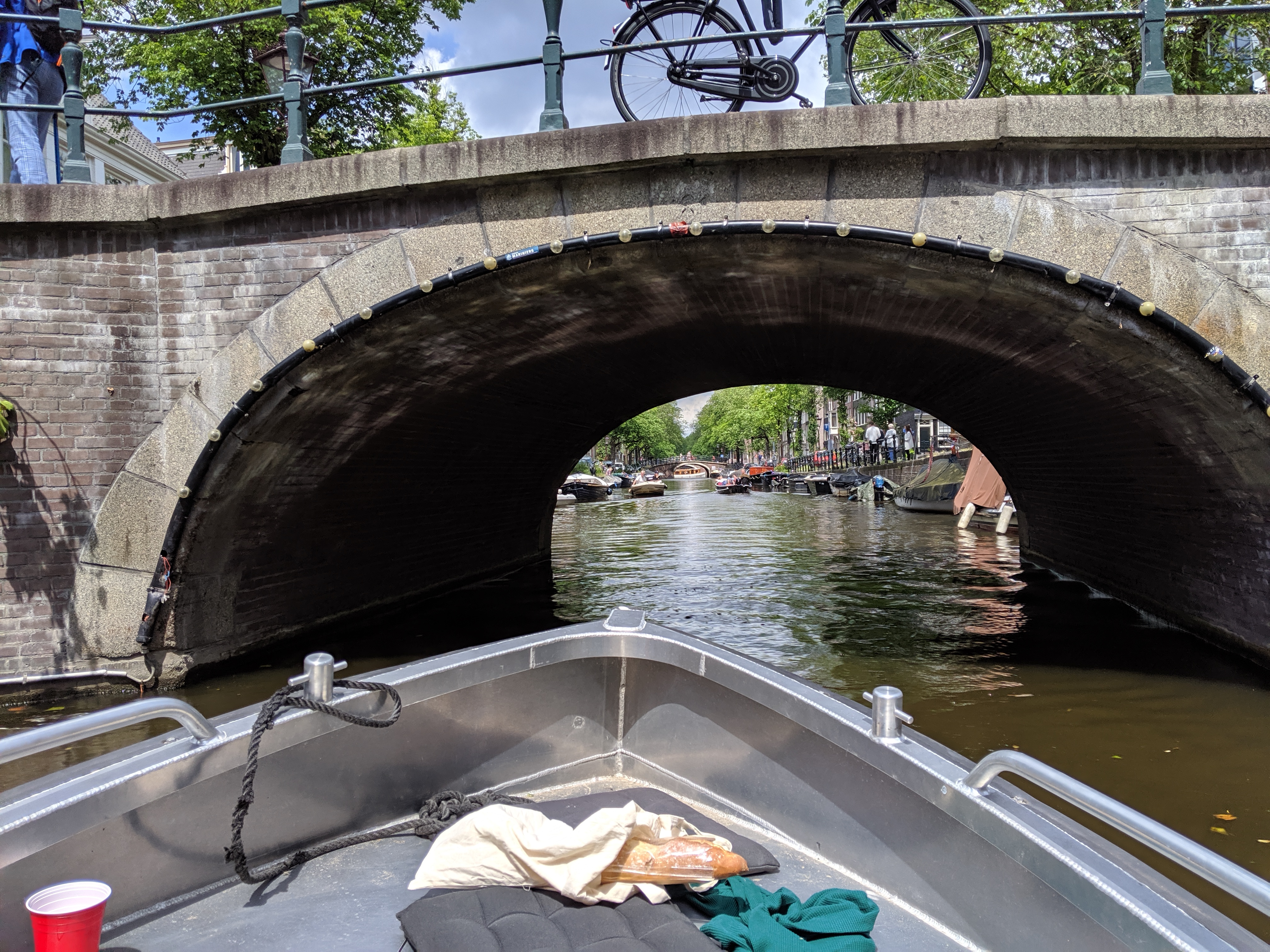 4. How did you manage over the last few months? How did the Dutch lockdown affect your professional life?

From a professional point of view – I’ve been very lucky. The last three months have been my busiest on record. I don’t quite understand why, but I’m thankful given that so many other people are struggling.

In terms of managing personally – I’ve worked from home for so long that it’s been easier for me to adapt. It’s strange having my partner around all the time – but we’ve managed to adapt to each other’s work habits and it’s worked out quite well. We’ve both tried to stay positive, and find ways to be constructive. We’ve both been cooking weird and wonderful things, and I’ve been learning how to draw. 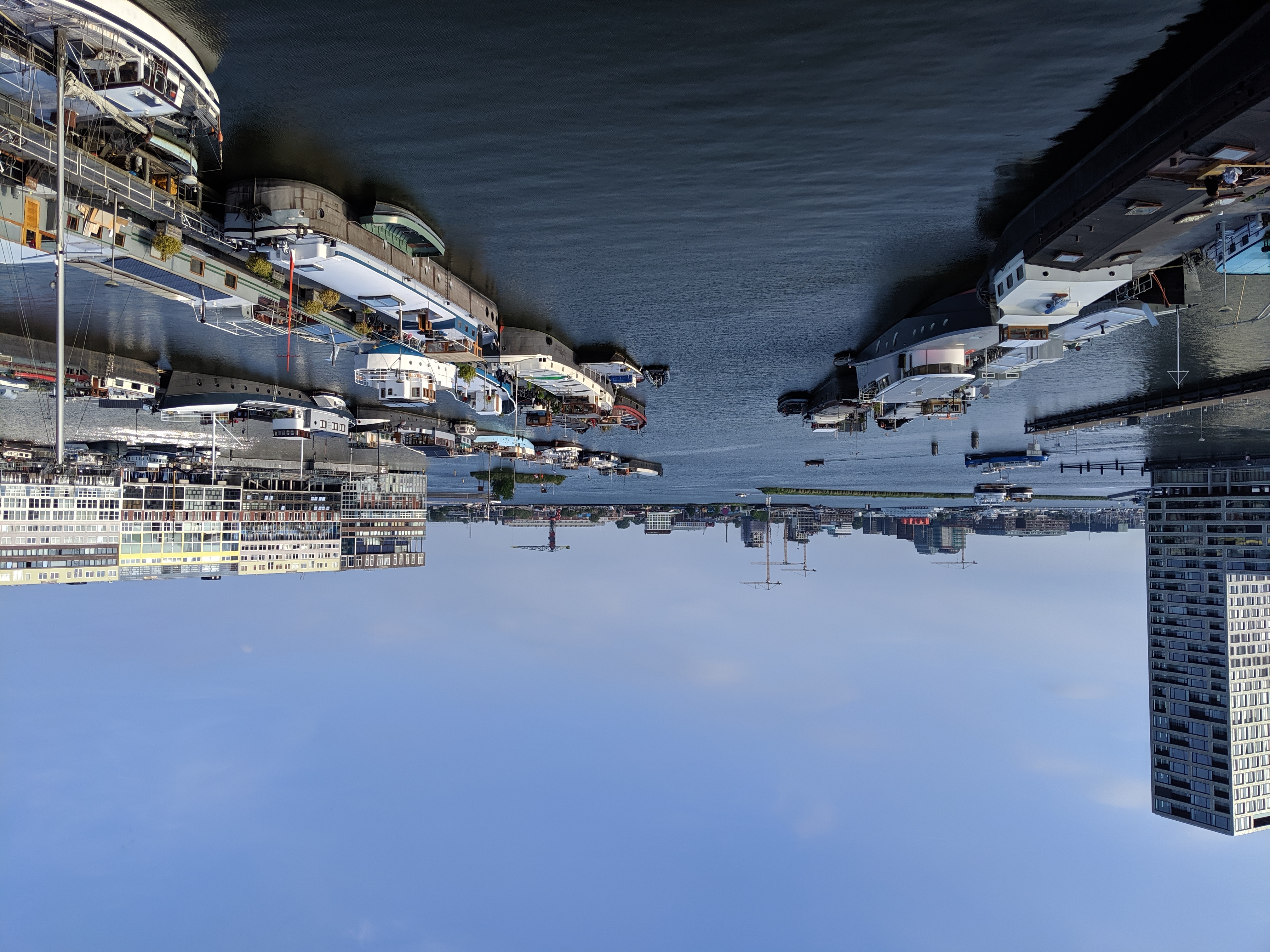 5. What plans do you have for the future ?

We have bought a place and will be moving in, in just a matter of weeks. So, for the foreseeable future it will be packing, unpacking, painting, etc. There’s a lot to do, so I’m struggling to plan much beyond that!
We hope you enjoyed this Local Expat Ben Storey article. Thanks for your time Ben !
You can read more about Ben and all the great things he does on his website.
For more articles like this, see our blog section.
Events
Services
Information
Blogs