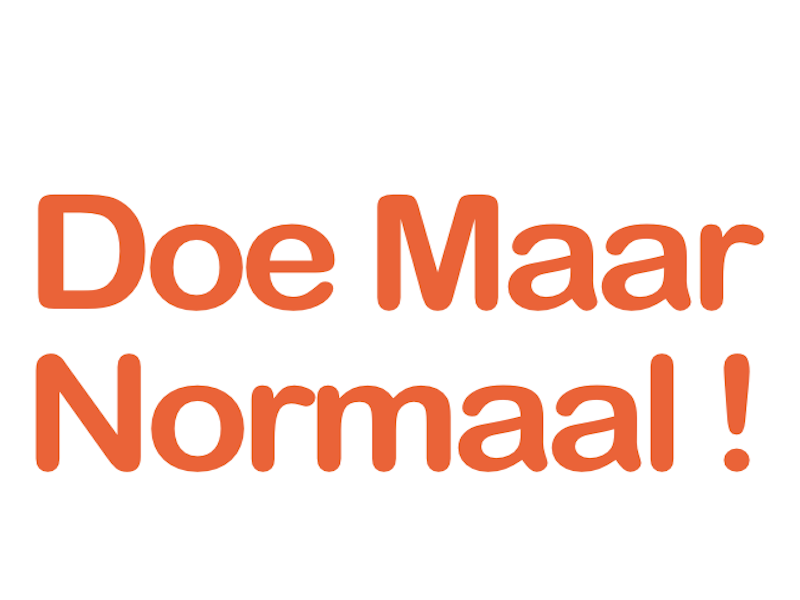 Learning Dutch…..As you might have read in previous articles and postings, I am a determined learner of Dutch. I think wanting to achieve something is half the battle. The second half of the battle is getting started! The rest should be easy, right? Well, yes and no, but more of the former than the latter. Waar een wil is, is een weg! It is quite easy to guess what that means…. But, then again, there are lots of Dutch words that are very similar in English. I think that must come from being close neighbours, trading partners and opponents/allies at war for so many centuries. Over time, we shared lots of vocabulary too. In my Dutch learning, there are a couple of words that keep popping up. I hear Dutch people using them on a daily basis, but I was having an issue understanding the meaning. So I rang up Nick from Dutch & Such for clarification.

Have you heard this classic Dutch saying? : Doe maar normaal, dan doe je al gek genoeg! (Act normal as that’s already crazy enough!) So Dutch! There is a ‘Maar’ thrown in. And someone might reply to that, “Ja, hoor!” These words have been the subject of confusion for me. So I decided to ask Nick Walker, the founder of Dutch & Such language training school for clarification. Here is his simple explainer for the words ‘maar’ and ‘hoor’

Dutch words such as ‘hoor’  and ‘maar’ are what I have dubbed ‘The Friendly Particles’. Particles are short words that don’t carry a specific meaning but they communicate a particular emotion. In this case it’s usually a friendly one. Try and see these little words as emojis.

In Dutch we often use these little words for imperatives, instead of ‘alsjeblieft’ or ‘graag’.

This last example works on two levels. We use the formal ‘u’ with the additional friendly ‘maar’. Formal, but friendly.

This simple image will give some clarity too: 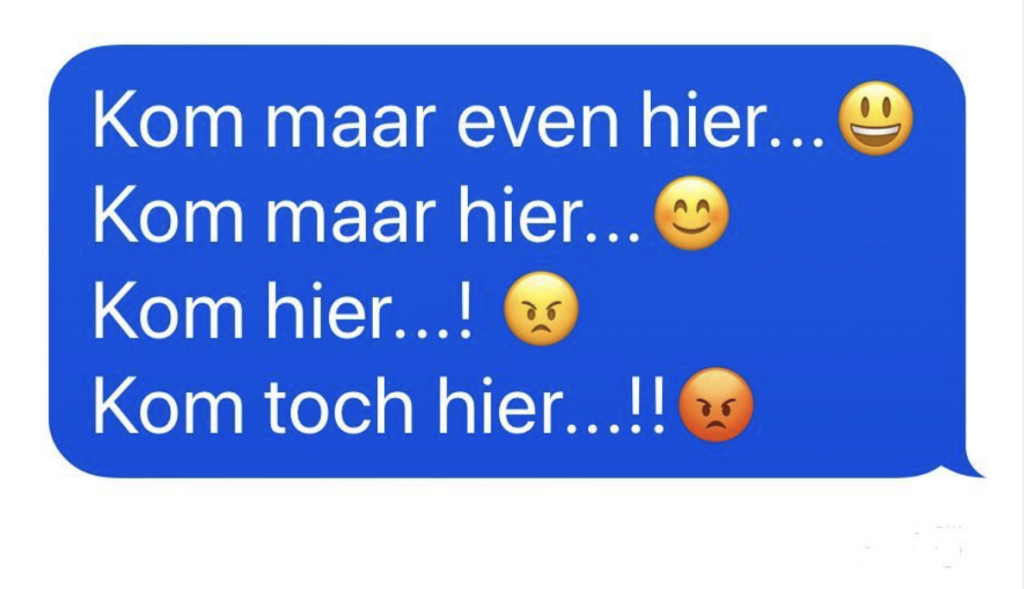 The word ‘hoor’ comes from the verb ‘horen’, to hear.

Also, the word ‘hoor’ is usually completely lost in translation. If anything, it causes consternation to some… But for native Dutch speakers it is an everyday word. ‘Hoor’ simply carries an emotion, rather than a definable meaning. The emotion it conveys is usually friendly.

For instance, after meeting with a friend: ‘Tot ziens! Het was leuk, hoor!’ – See you! It was good fun!

Or if someone asks you: ‘Mag ik je pen lenen?’ Can I borrow your pen? The reply could simply be ‘Ja’ but generally ‘Ja, hoor!’ is a much friendlier response.

So, the Dutch word ‘hoor’ usually carries a friendly emotion. A bit like in English you would say ‘Yeah, sure!’ or ‘No problem!’

After a fun night out, you might say to your Dutch friends ‘Het was gezellig, hoor!’ Again ‘hoor’ just gives a friendly spin to the phrase ‘het was gezellig’ (‘it was fun!’).

Bear in mind that ‘hoor’ can also be used for a few other emotions, such as disbelief. Hans: ‘Ik heb gisteren een miljoen in de loterij gewonnen!’ ‘I won a million in the lottery yesterday!’ Anna: ‘Ja, hoor!’ or ‘Yeah, right!’ 🤔

So, the word ‘hoor’ gives an emotional spin to an otherwise neutral expression. 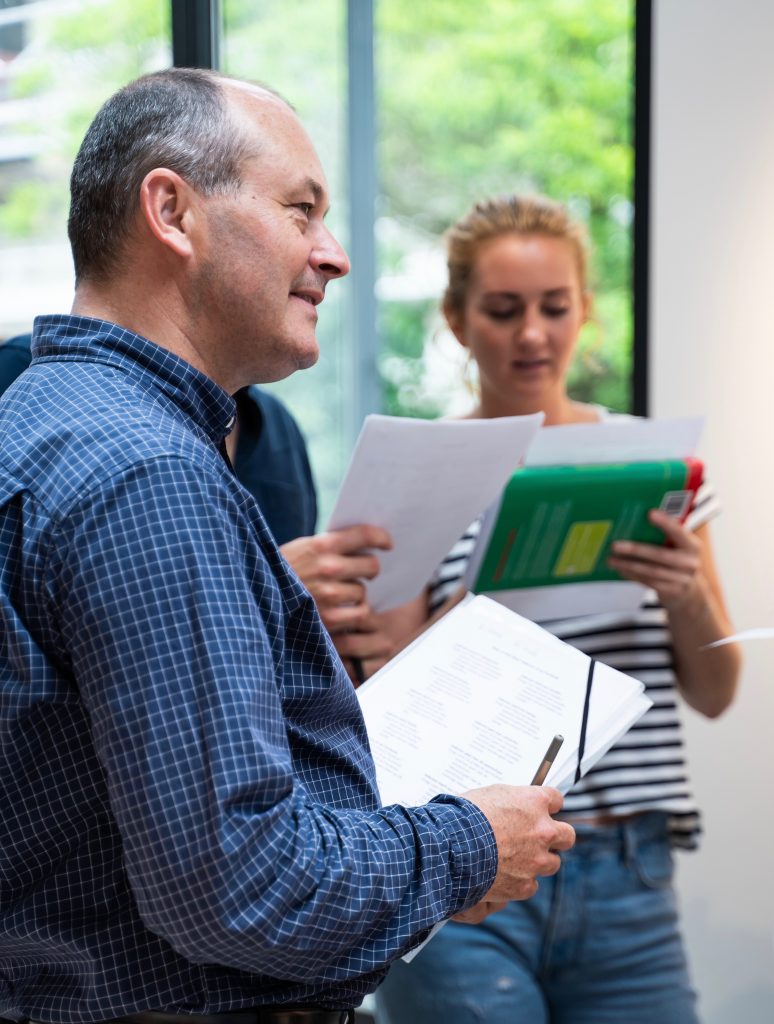 Thanks Nick for that really clear and easy explanation. I will try throwing a few of these friendly particles into my spoken Dutch, ja hoor! I am learning Dutch !

Dutch & Such have moved all their lessons online for the moment. Please see the details below in order to get in contact with Nick and his team of language trainers. They teach Dutch and English. Also, there is a very useful preparation course for the inburgering exam. They also offer a translation service.

For more great blogs like this, go to our blogs section.