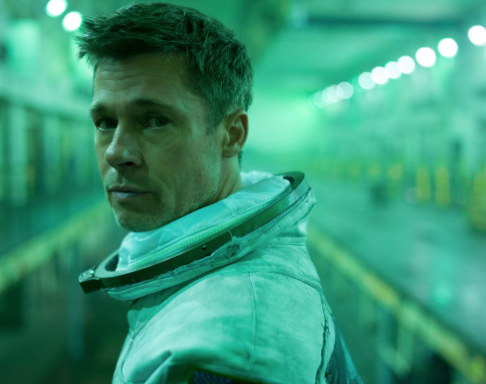 Here is my take on three films now on in the cinemas. I hope you enjoy reading about them in our Film Review September 2019.

Brad Pitt is everywhere at the moment. (see below review too!). He is the lead in this James Grey (writer-director) sci-fi romp through the solar system. Without giving anything away that’s not in the trailer, Roy McBride (Pitt) has a top secret mission. The world is under threat from matter pulses that wreak havoc everywhere in the solar system. Roy has to get to Mars and send messages to a research vessel now near Neptune. That mission was helmed by his father H. Clifford McBride (Tommy Lee Jones) and went silent many years ago.

This is sci-fi just how I like it. Slow, moody, beautifully shot and with real emotional depth to the characters. Sure this is space exploration at its finest, but the film is more about exploring the human condition. The film addresses themes of love, loss, duty, family, fear and what really is the place of mankind in the cosmos. Roy needs to contact his father for more reasons that just the mission.

Visually, this film is a very rich tapestry. Being set in the near future allows realism to hit home. Manned missions to the outer reaches of the solar system. Bases on Mars and the moon. This is plausibly our near future. It’s the sci-fi reality we expect to happen. It feels and looks real. The plots hits home too. It feels real. All those things together bring the cinema goer to a new level of insight. Roy narrates his feelings all through the film. This would normally annoy me – cinema is all about show and let the audience work things out. Narration is usually the first resort of a weak director. That is certainly not the case with Grey who directed his first big feature at the tender age of 25. The narration adds to the story. It deepens your empathy towards Roy. It becomes the story. And that’s when they get you.

The acting is faultless across the board. Donald Sutherland puts in another workmanlike performance. Ruth Negga is just great and her back story in the film adds dimension. Liv Tylor (who else?) plays the astronauts love interest. That felt like lazy casting as she has had that role in a few films in the past few years.

Make no mistakes, this is one of the must see films of the year. See it on the biggest screen possible with the best sound system. It truly is an other worldly experience you will enjoy.

Once Upon a Time…. in Hollywood

More Brad Pitt. But he is not the star of the latest Tarantino film; Leonardo Dicaprio is. He plays Rick Dalton and Pitt plays his stunt double and driver Cliff Booth. Dalton’s career is on the slide. He had a hit TV series and was a household name…in the 50’s, but this is LA in 1969 and the film industry is moving on apace without Dalton. We follow Dalton as he struggles to keep a foothold and risks falling into insignificance; his greatest fear.

Cliff Booth on the other hand cannot seems to get any work. He can’t stunt double a non working Dalton. His reputation in Hollywood is also cooked as he may have killed his wife. Or it was an accident. Tarantino lets us decide that one. Booth gets in scrapes, lives in a trailer and has a loving and obedient pet dog. One integral scene sees Booth taking a hitchhiker back to a hippie commune. Tension builds from this scene to the well documented violence that happens in the final act. The scene at the commune is tense and feels like a good old fashion Western. Tarantino is a visual story teller and everything is connected. You cannot take your eyes off the screen. Everything is essential and everything you see is there for a reason.

In the third story arc you have Sharon Tate played by Margot Robbie. She is becoming Hollywood royalty. Married to Roman Polanski and living in the hills in a mansion. Dalton would love to be in that circle, with those A-listers again. She doesn’t have a million lines of snappy trademark Tarantino lines. Tate glides along and is effortlessly charming. She goes to see her own film screening at a cinema and asks if she has to pay to get in.

The film is very long and at times feels bloated and self indulgent on Tarantino’s side. There are more cameos in this film that any I can remember. A nod to Altman ? The director shoe horns in a number of actors like Michael Masden, Bruce Dern, Damien Lewis, Luke Perry, Al Pacino. He is building a world and that world is attractive to the viewer, but at times you really want more to keep you hooked. Visually it is a masterpiece. It is eye pleasure of the highest level. The outside scenes are faultless in their depiction of LA in the late 60’s. All the cars are of the period. All the street signs are authentic looking. The costumes of hundreds of people all giving you the impression of being there and then. Robert Richardson, the cinematographer will doubtless be an Oscar winner. He mades it look all so easy.

The story lines converge in a surprising and violent way in the final act. Those were after all violent times – the antiwar protests against the Vietnam war. The end of peace and love. The Manson murders. Those play out here in a pseudo historical plot construct that allow Dalton to meet Tate and possibly reignite his career. We’ll never know.

Score 7/10 The best Tarantino since Pulp Fiction. Easy on the eye, hard on the bum.

Sorry to Bother You

Allow me to be categorically clear. I love going to the cinema. I expect to be well entertained. I am demanding and expect a lot of things and I feel deeply deflated when all the stars in the sky do not align properly. This film bothered me. I check out trailers to gauge what I might try and see on top of my usual wish list of films at the cinema. Sorry to Bother You, popped on my screen and I was sold. The trailer is bright, brash, funny and blew me away. I had not heard about it and I wanted to see it ASAP. I jumped on my bike and went to the next screening I could find.

I was sat in the cinema with curiosity, trepidation and excitement. My senses were buzzing as I really believed I was about to discover an instant classic. After all the trailer contained so much promise. The ideas looked so fresh, original and interesting. I left the cinema feeling a little cheated. You now that feeling when you have seen all the best bits in the trailer, well that is this film. As the film ended, I let out a sigh and went out of the cinema and still could not believe what had happened.

So the central premise of this film has all the ingredients for an off the wall comedy. It is written and directed by Boots Riley and has a solid cast of actors who do a great job. My issue is with the plot. When that contract between the director and the viewer is broken, then all is lost. Cassius Green (Lakeith Stanfield) is a young black man wishing he could find a job and treat his girlfriend Detroit (Tessa Thompson) to a better life with better things. Cold calling loves young and hungry people in need of work. Cassius is soon dispirited by the endless drudgery of selling crap to white prospects who don’t like being sold over the phone. He dreams of selling more and becoming a ‘power seller’ and moving upstairs where all the real money is made. He learns that ‘white voice’ is the key to selling more and realising his dreams. He can’t stop using ‘white voice’ at all the wrong times. Then other things happen. robot work force….strike….etc. End.

That is a brutal overview of the end , but that is how it felt. I was lost by the director’s inability to keep me entertained. I went home thinking, ‘Well that was way off what I had hoped for.’ The actors were great, the filmed looked great. Loads of innovation and good ideas were in the mix. It just was too much to hold together in the end.  It needed to be a tight package that kept the audience onside. A satire of consumerism culture that sold out. 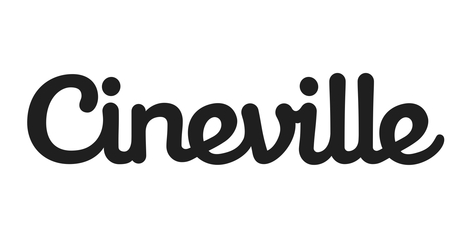 Note : I used the fabulous Cineville card to see all the films. One card, one small monthly payment and access to. a world of cinema in the very best cinemas in Amsterdam.