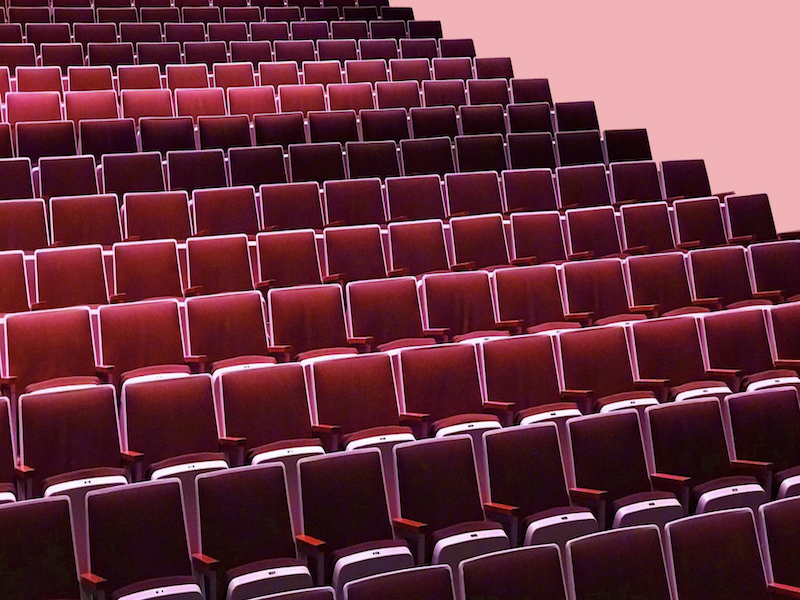 I can pretty much remember every film I have ever seen. Who acted the main roles, the director, the plot, the dialogue and the locations. It feels like they have been tattooed on the inside of my eyelids. When I see a snippet of a film or a trailer, I instantly know if I saw it and what I thought of it.  It’s funny how good the brain can be at remembering well made stories.  After all, before anyone learned how to write, it is how stories and legends were passed down to the younger generations. The better the story, the easier it was to remember. That is why going to the cinema is still such a magical moment. You get to lose yourself for a couple of hours in another world. A good film can make you experience many emotions in such a short space of time. It is just one of the reasons we all still love seeing films. In this article and Q+A, I want to look more at what is happening to the world of cinema in general. This is about Cineville and cinema in Amsterdam. Also, Rewan from Cineville has kindly taken the time to answer some of my questions. Action! 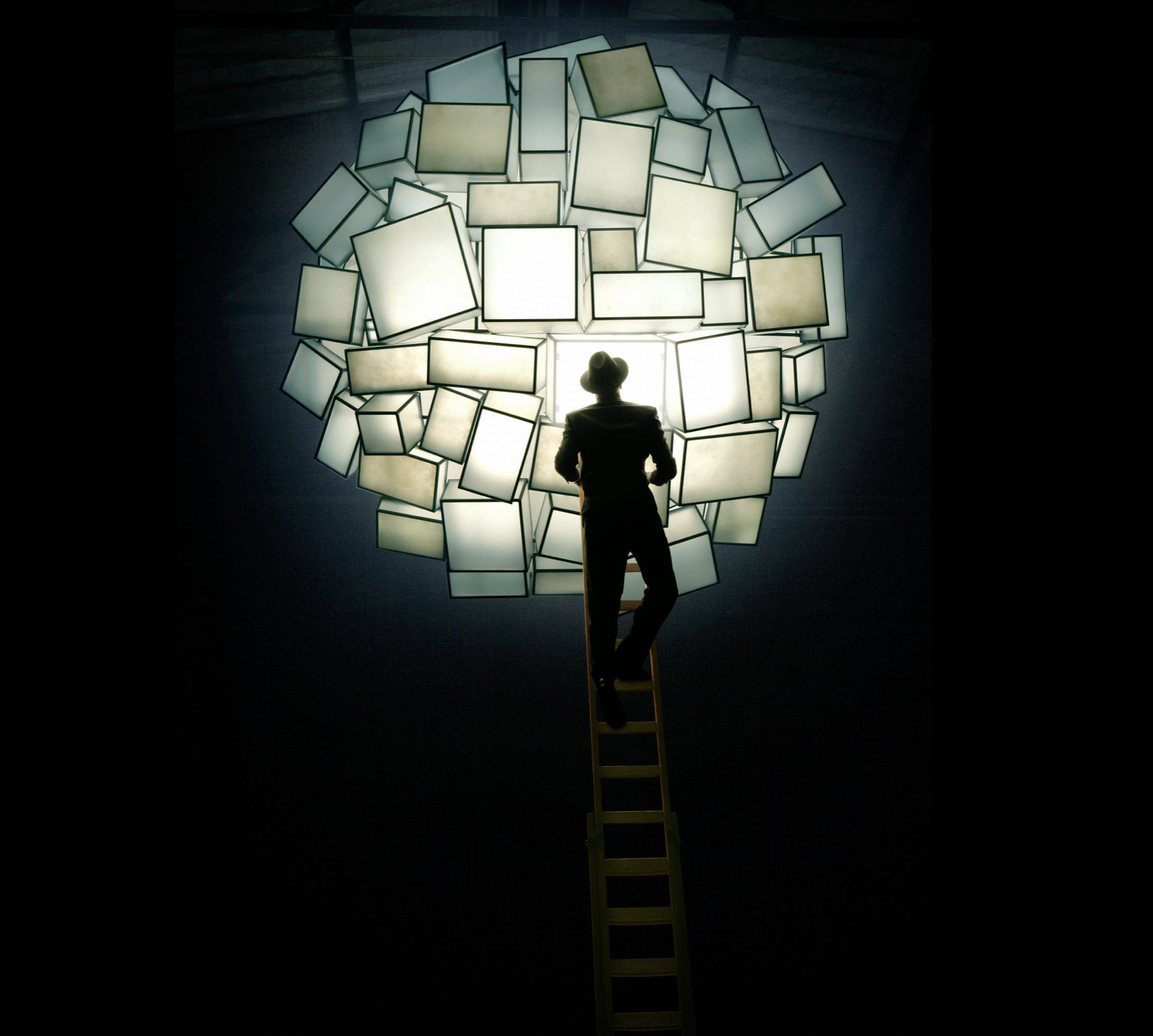 The Silver Screen is the place to be.

Let’s go back in time, say 30 or 40 years. Everyone has a TV at home, many of them are colour televisions. Oh, modernity! In the UK, if you were lucky, you had five channels to watch. If you were relatively wealthy you had a satellite dish and an array of channels from across the world. There were sports channels for football and film channels with recent blockbusters. But, did this ever expanding world of home entertainment kill off going to the cinema? No, it did not. Then home video cassette recorders spread like wildfire after VHS won the format war. Did the then predictions of the death of cinemas come true? Again, no. In fact, quite the opposite. Jump forward to the current era of digital delivery and streaming. Did streaming kill the cinemas? No. The Coronavirus did for now. But, prior to the virus forcing the closure of cinemas all aspects of filmmaking was still a growing industry. Cinemas were enjoying having stunning images and sound. The public were voting with their feet and still going to see the latest releases on the big screen.

Why is going to the cinema still so popular? There is lots of choice. Despite the relentless sequels, there are more films for people to see. Studios only release sequels because people keep buying tickets to see them. Even Disney realised they were releasing too many Star Wars films too frequently. But it did keep people going to see films in cinemas, instead of waiting for the streaming release. So what is it about the whole experience that spectators still love? Well, at its most basic level, is it still good old fashioned entertainment. You leave home and spend time in a cinema in Amsterdam. It’s an event. It’s better than spending hours trying to agree which new streaming series to binge watch, but you just can’t agree with your partner.

So yes, it’s entertaining. It’s an experience. You live a memorable moment. The artist and film director, David Lynch expresses it better. To paraphrase him, he sees it as a collective event. There is much powerful and shared emotion when you laugh along with a room of strangers. Or, when you hear everyone gasp collectively at a shocking plot point. That is how he defines the magic of going to the cinema and it certainly is an important part of it. To my mind, the attraction is seeing fresh, new and original ideas and great writing translated into a visual storytelling of that same idea. I want to be surprised and impressed. I want to leave the cinema thinking to myself, ‘Oh my God, that was AMAZING!’

So, as we progress away (we will do) from the lockdown and things open up again, we will be able to return to see films in the cinema. Covid will not kill off film making. Sadly, we might see some cinemas go to the wall. That is unless support is provided from cultural funds. The best thing we can do to help is to put bums on seats and go and see as many films as we can. That leads me nicely into the reason I go to the cinema a lot. In Amsterdam, I have three subscriptions I cannot and will not live without. One of them is my Cineville card. For one low monthly fee, I get unlimited access to see all the films in participating cinemas.

In Amsterdam, that is a lot of great places to see films. I get so much more out of this great scheme than it costs me. I have seen films on a whim that have massively improved my life. Without the card, I might have thought twice about buying a ticket for those films. With the card, I am often considering which films I want to see, then booking a ticket. Going to the cinema is still a fabulous event, often full of great surprises.

So in order to know how the Cineville card works and to get more insight, here is a Q+A with Rewan from Cineville.

Q.1: So, please tell us more how and why Cineville was created.

In 2008 Cineville was created to change the image of arthouse films. It was seen as something for old people. Youngsters didn’t feel attracted to this art form because of a mental and physical barrier. Mental because of the elite character of arthouse films: hard to understand, you need focus and you need a lot of information beforehand. Physical because of the presumptions around arthouse cinemas: only old people go there, it smells a bit strange in there and you can’t eat anything during the film. With fresh campaigns and a young tone of voice we started to dust off the cinemas and made them more accessible. That worked really well. We see nowadays that young people find their way to the cinemas too.

Q.2: How does it benefit the participating cinemas?

Before Cineville, cinemas used to compete with each other for visitors. We wanted to connect them. We tried to stimulate collaboration instead of competition via one unlimited subscription per month. Our members started to visit more often and went to multiple cinemas instead of just one in Amsterdam.

Q.3: I love my Cineville card, but how do you pitch it to people who do not yet have the card? What are the benefits for expats?

Very good to hear! For people who don’t know us, the simple argument is the price. If you go more than once a month to the cinema the Cineville card is for you. But I think the value is really in the adventurous element. Because of the card, people tend to go to films they won’t go to without the card. You discover small gems, once you’ve seen the bigger titles.

Q4: This has been the toughest ever time ever for everyone involved in the film industry. How do you see things in the next couple of years?

Never waste a good crisis. I think because of the covid pandemic, we realise that focus is a rare commodity. Being able to log out, watch something without any distraction and get lost in another world are things we need from time to time. If anything made that very clear, it’s last year. I think the film industry got a big punch in the face, but will rise again. Stronger than ever before. With more visitors. 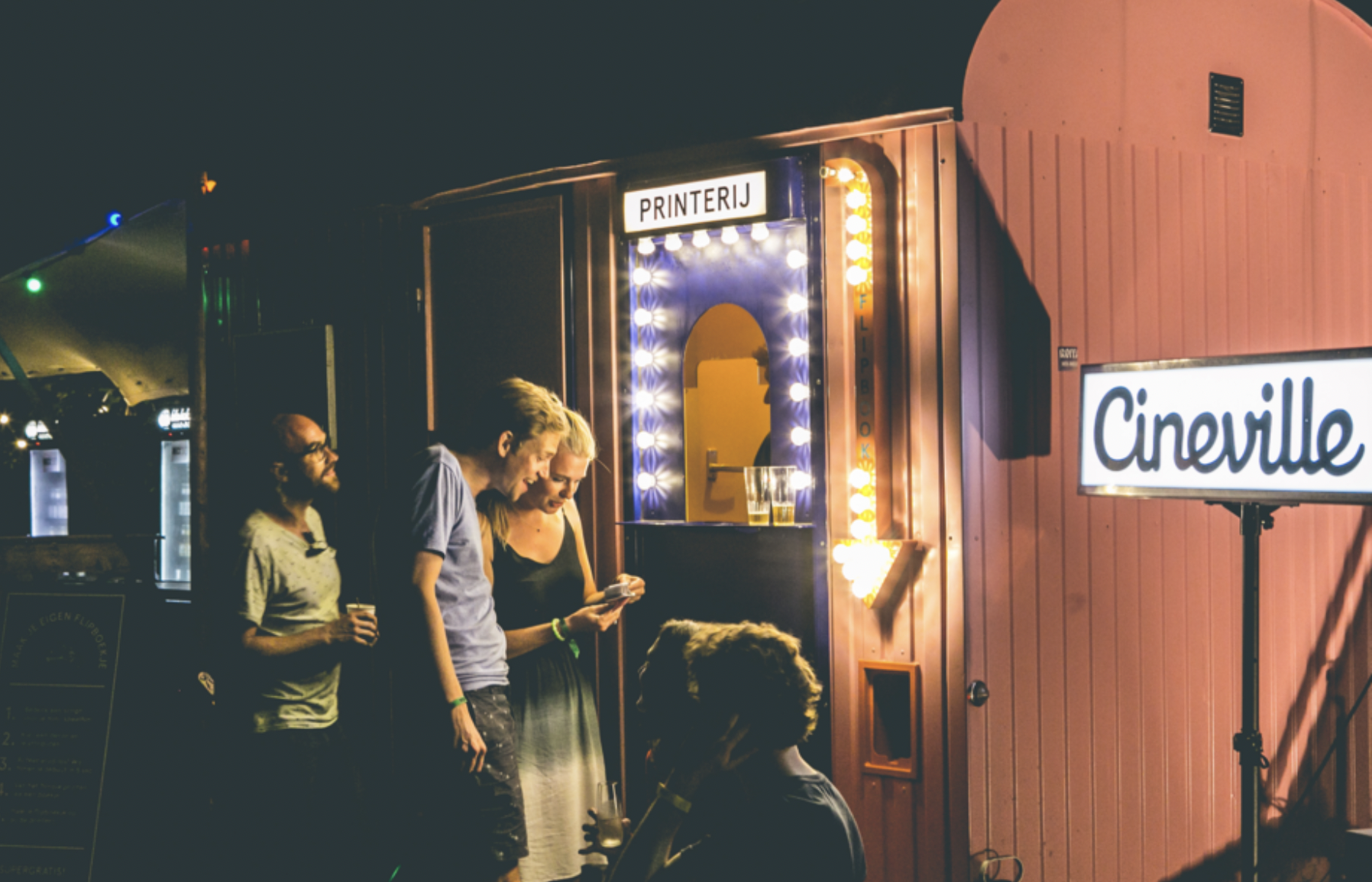 Q.5: I have been to a few themed cinema in Amsterdam events,  for example live music before a screening. Do you see more of this happening in the future?

If we can organize events again, we’ll dive right in. Themed events, quizes and music. We can’t wait.

Q.6: During lockdown I loved being able to see film on Vitamine. Please tell us more about that great service.

Because we weren’t able to watch films together in the cinemas, we built Vitamine Cineville. A temporary online service which allows Cineville members to watch films from the comfort of their own home. We’re adding titles every week, from well-known classics to the latest arthouse releases. 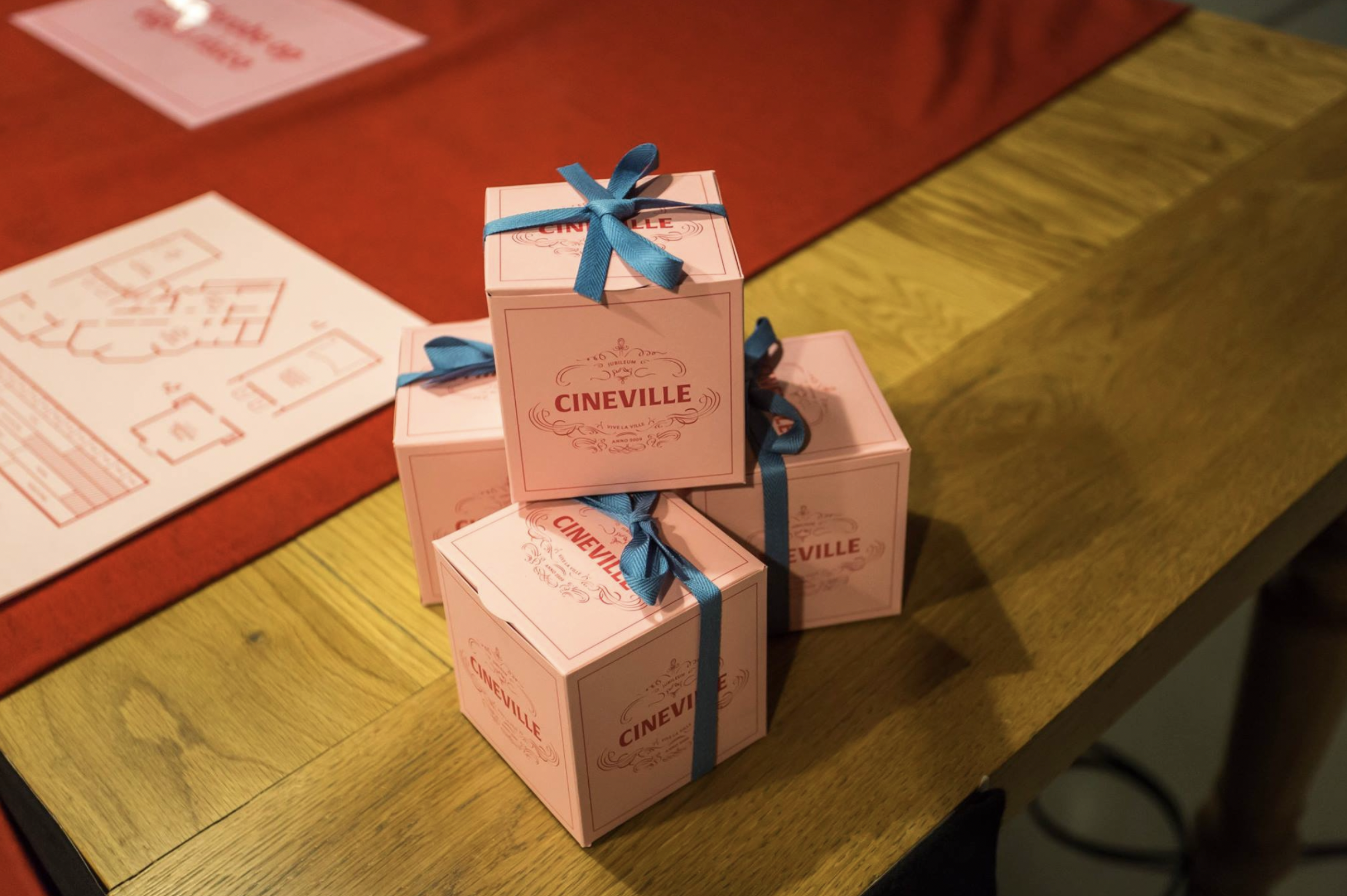 Thank you for your time Rewan and all these great insights into Cineville and cinema in Amsterdam. I am enjoying Cineville and Vitamine. Also, I am very much looking forward to getting back into the cinemas and seeing new film releases!

Get your Cineville card and more information on the Cineville site.

Also, here are our favourite cinemas in Amsterdam. 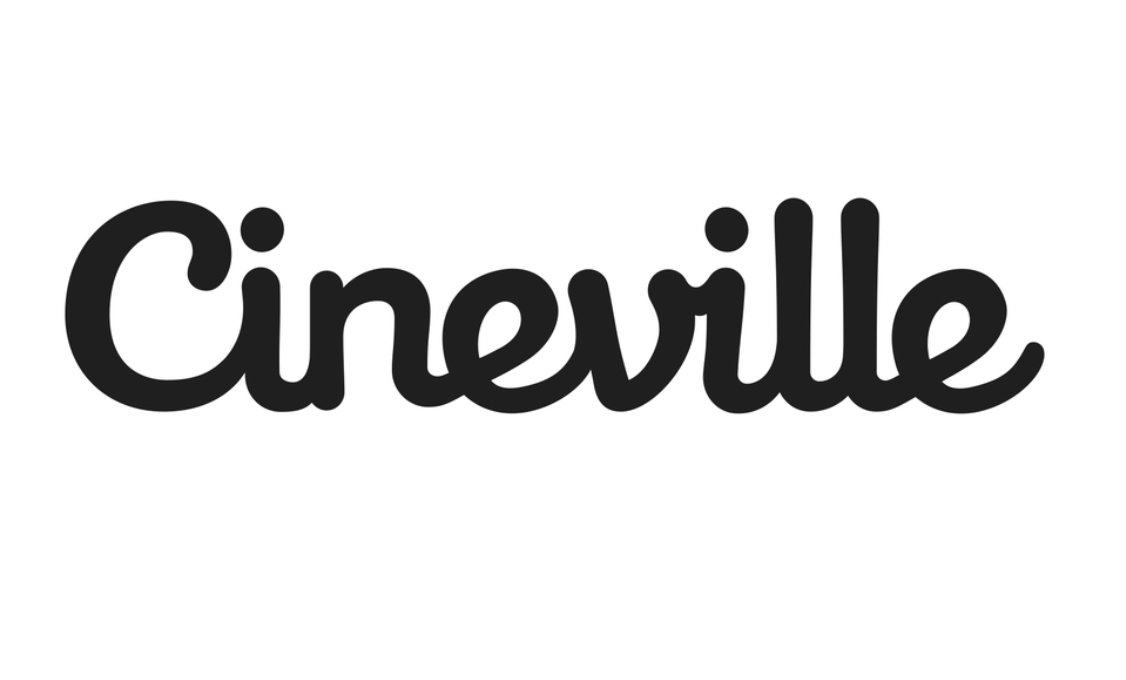 Here is a handy overview of our trusted service partners in Amsterdam: 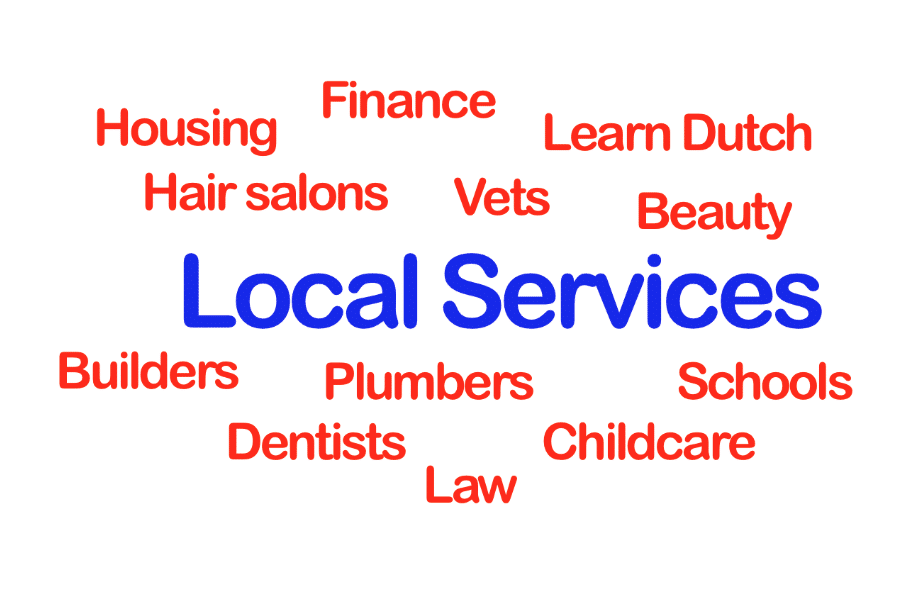 The reasons why there are three X’s on the Amsterdam flag: 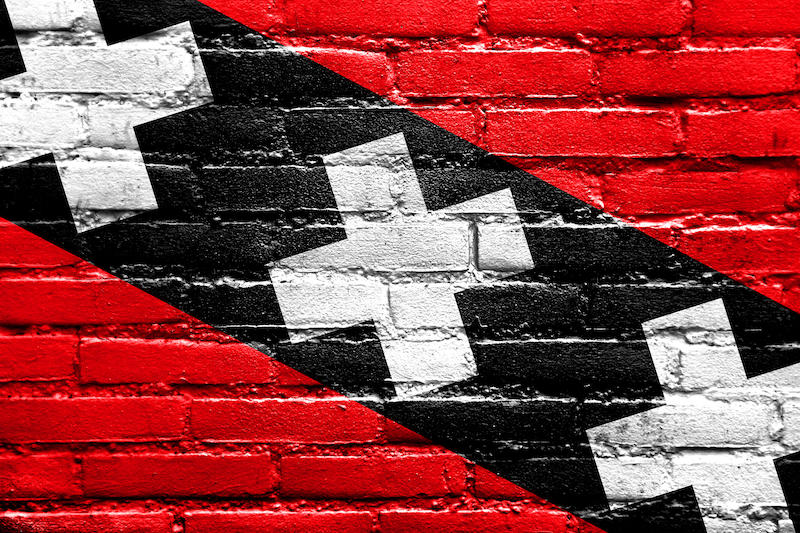 Our absolute favourite train deal in The Netherlands: 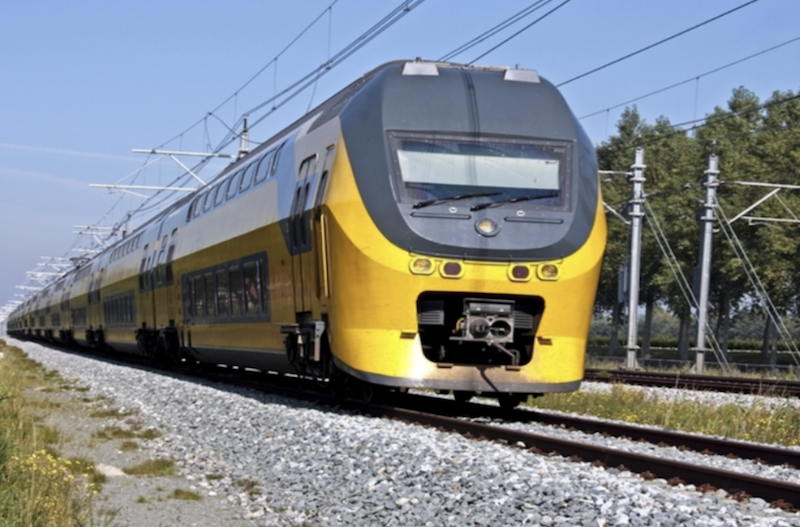