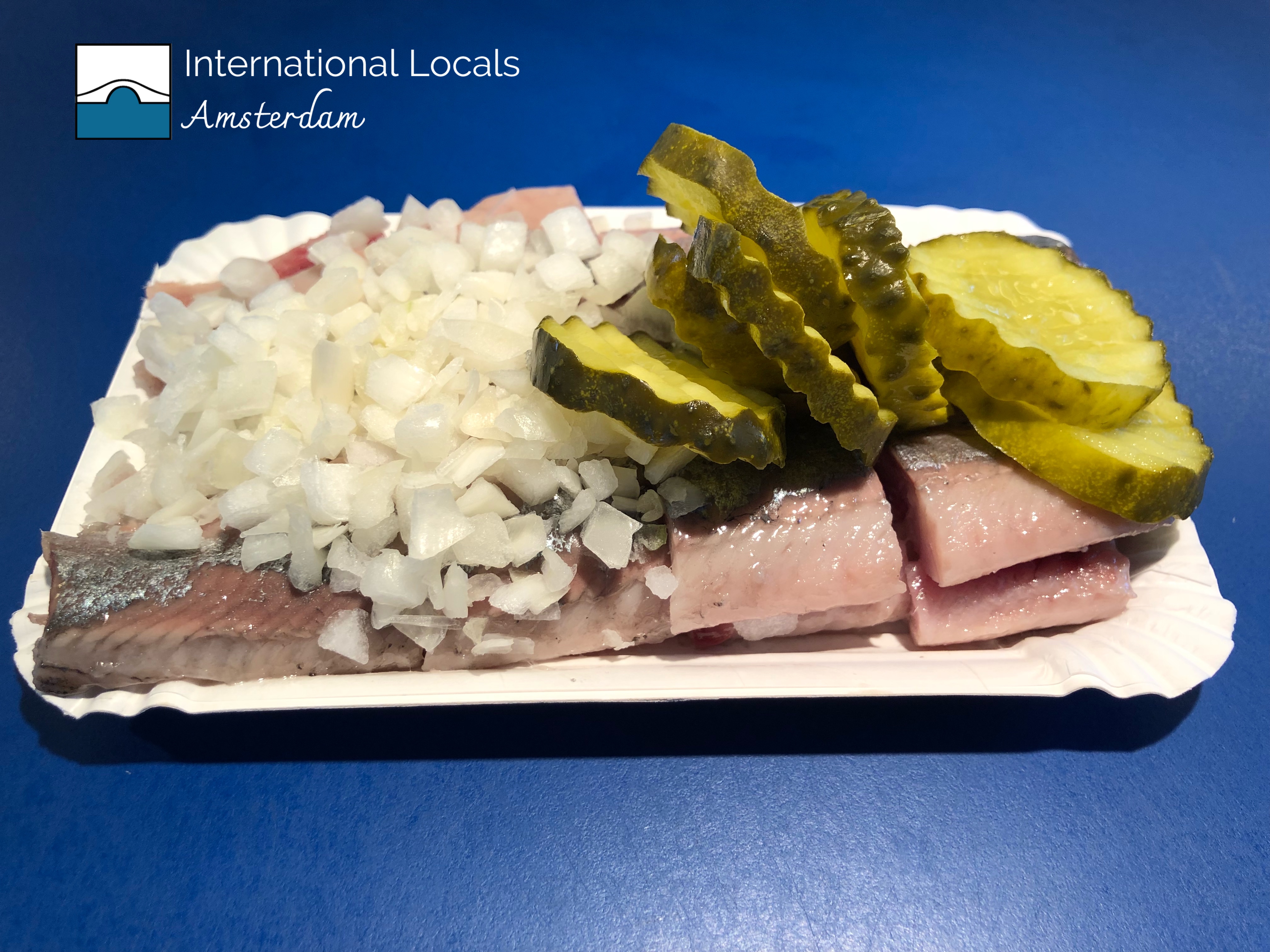 Amsterdam’s 6 Best Haring Stands – One ha-Ring to rule them all….Haring or in English, soused herring. Do you love it? Do you hate it? Either, you have to try it. You simply cannot not try haring. I know that’s a double negative, but for me, haring is a double positive. It’s so GOOD!

It’s everywhere and it has been a Dutch staple food since the middle ages. Once the Dutch learned to salt and preserve it in brine and barrels, it became a major export for the Dutch that bought much wealth to the nation. They even say that it is the perfect hangover cure, but you don’t need to be drunk to eat it! It is healthy too. Haring is full of protein and omega fatty acids. Those are healthy fats by the way.

The nieuwe haring arrives in the stands early June. That is the Dutch equivalent of Beaujolais Nouveau. It’s a big celebration of the arrival of a new season of haring. You can eat it sliced with onions and pickles which is my preference. Or, you can have haring in a bread bun which is also very tasty.  Sometimes you will see people eating their haring the traditional way : holding a whole fish by the tail and slowly lowering it into your mouth while chomping away!

Talking to the various owners of the stands, I did learn a little bit more about the haring. They are generally fished one month in the year. This is actually in the north North Sea between Denmark and Sweden. They are processed nearby and frozen and then delivered to The Netherlands through the year.

Not including the multitude of excellent fish shops (Vishandelen) that exist in Amsterdam, here are a selection of my favourite stands that are dotted around. So in no order of merit (because I loved them all) here are the 6 haring stands I visited this week.

Stubbe Haring at the top of Singel

This is probably the first haring stand most visitors encounter in Amsterdam as it is so close to the station. 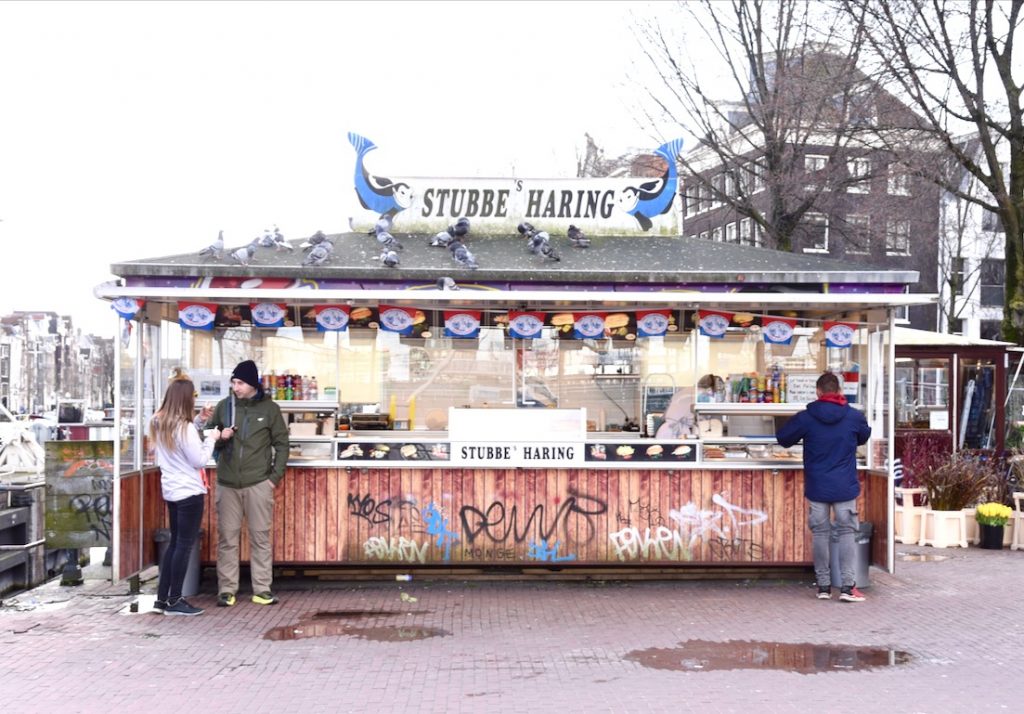 Very centrally placed near the Koningsplein. Another family owned fish stand. The owner said that there are now only 7 stands left in the city. He said there used to almost be one on every bridge! 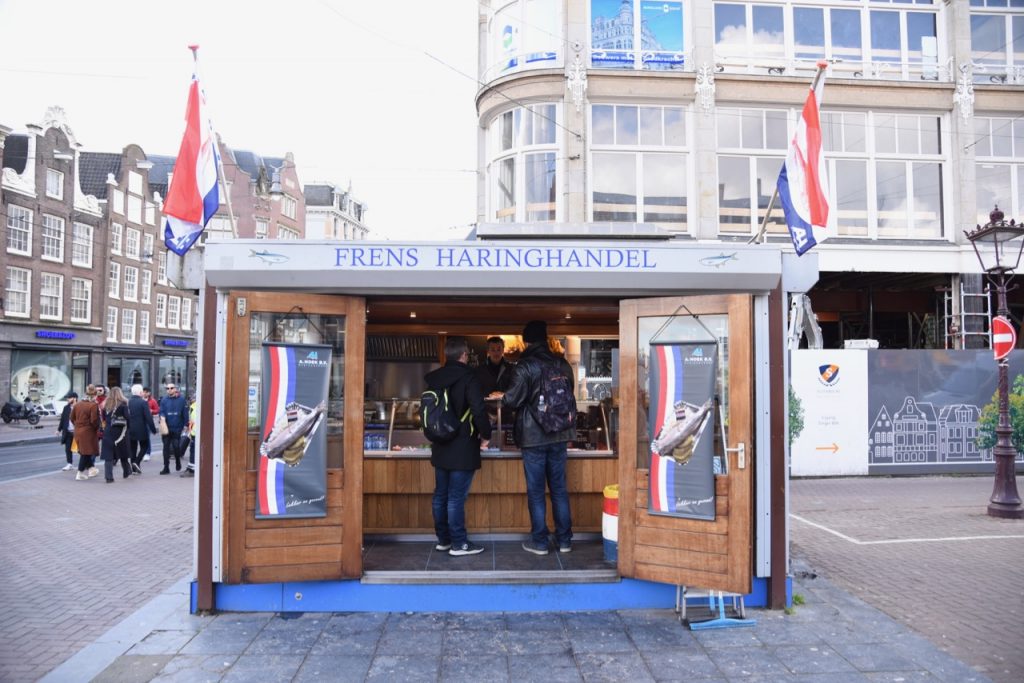 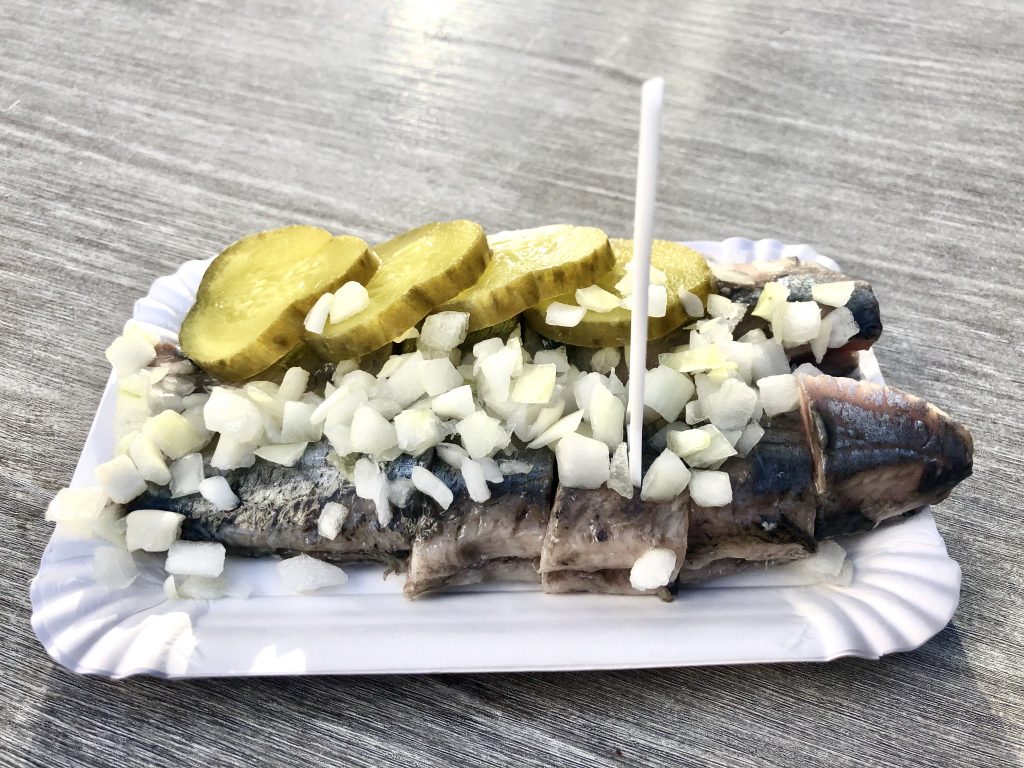 Very centrally located, just outside the Waterstones bookshop in the heart of Amsterdam. Bright and modern with. friendly service. The young owner took over from his dad just this January. 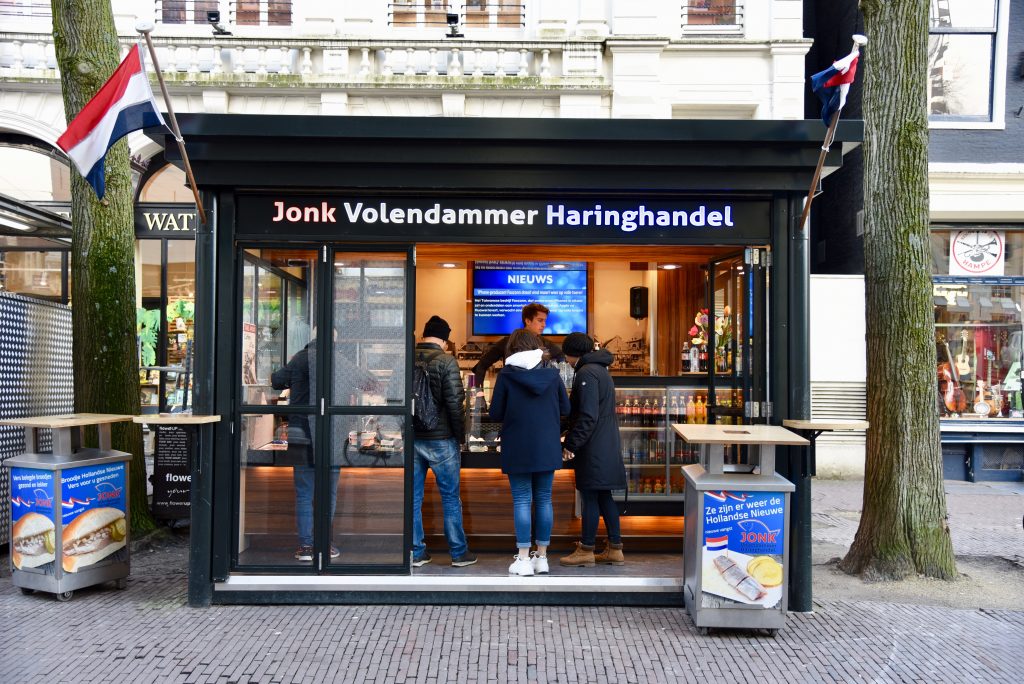 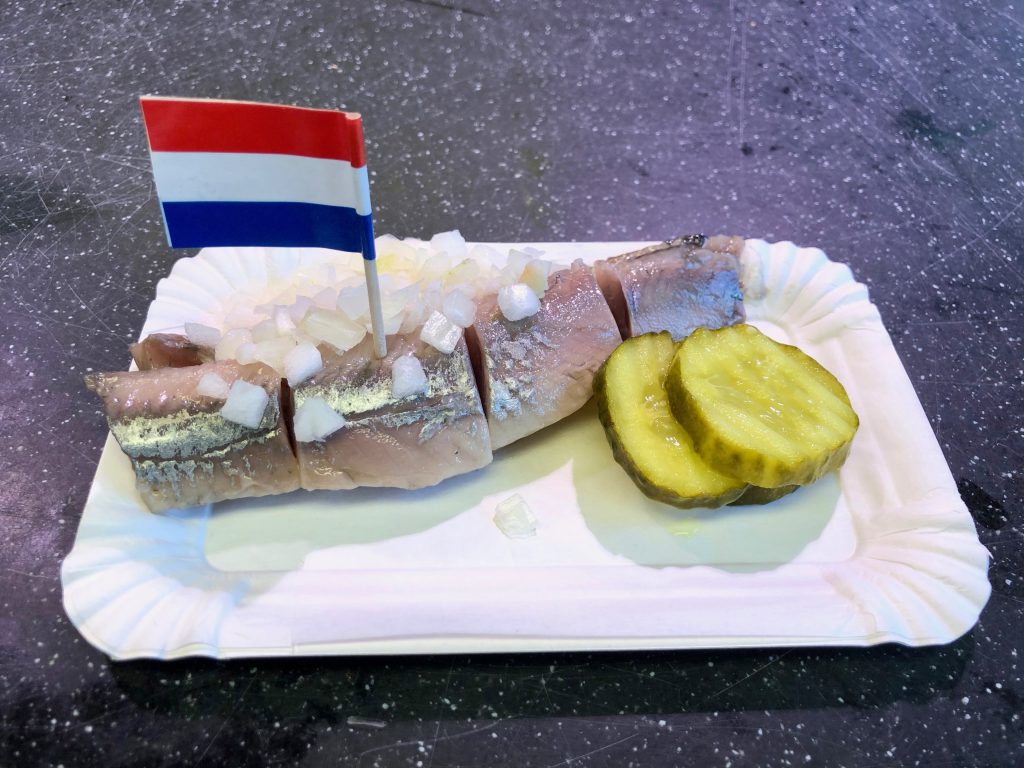 This one is in a great position right in front of the large Albert Hijn near Dam square. Very friendly service and great product. 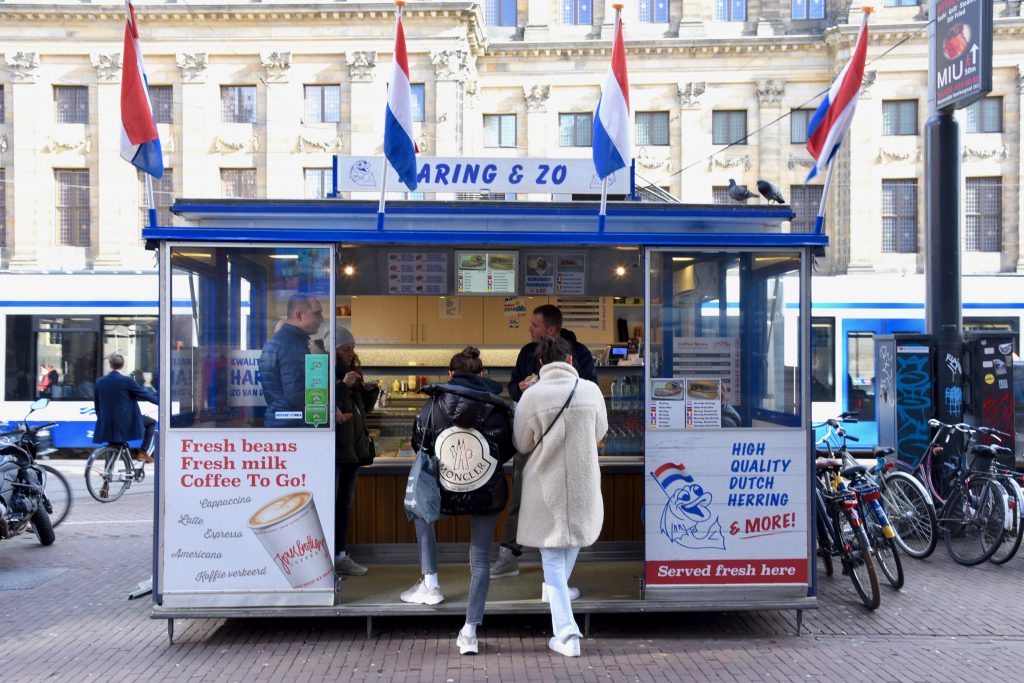 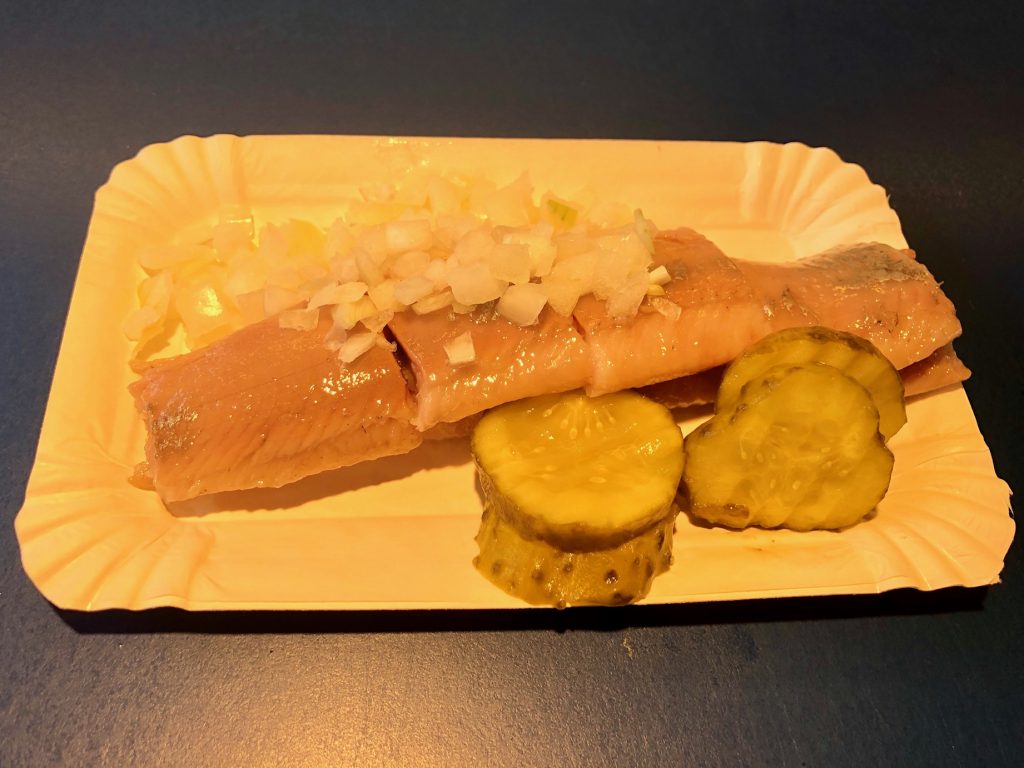 Again, a lot of footfall here as it is near the Westerkerk and the Anne Frank house. 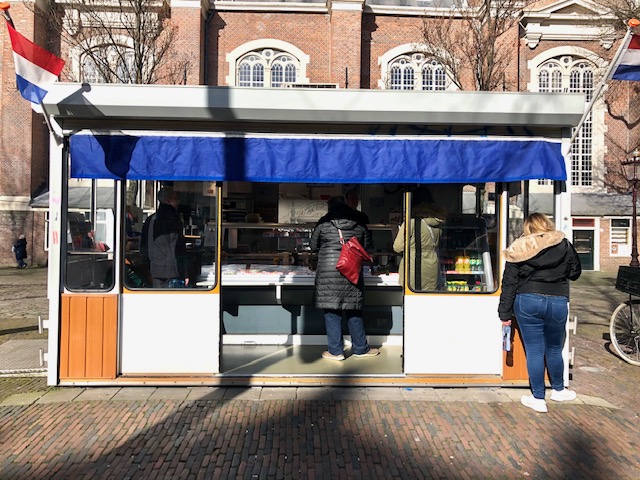 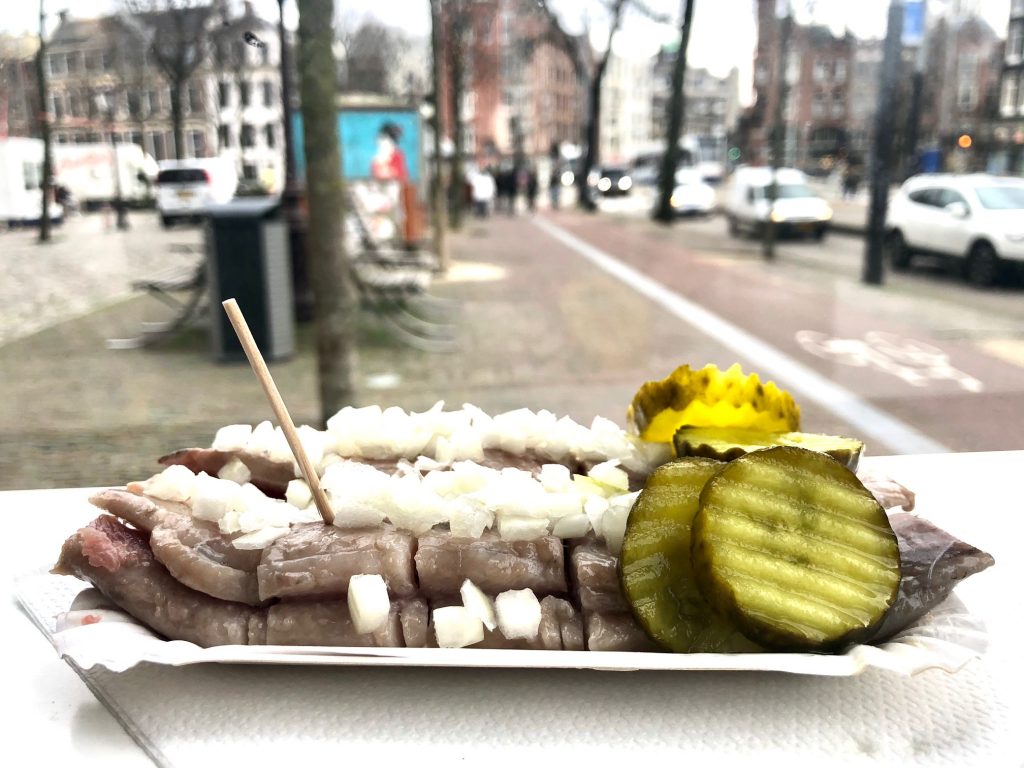 This one is away from the tourist area and in Old West. You will pass in front of it often if you live in the area. Husband and wife team. Always smiling and laughing. 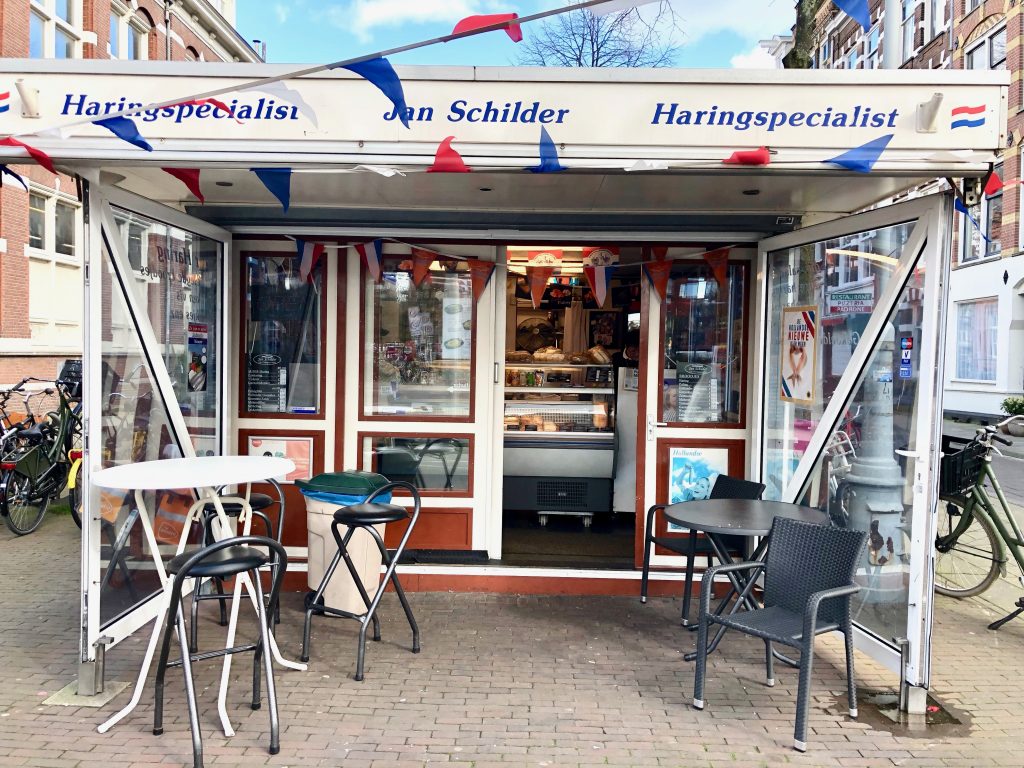 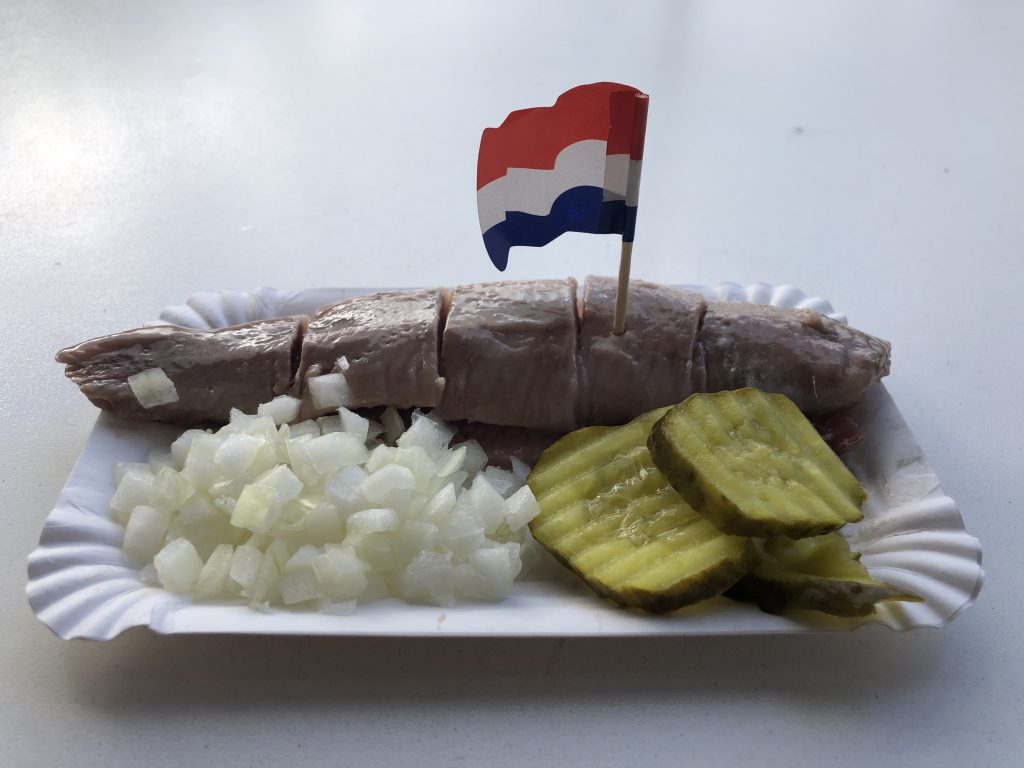 So there you have it. I visited Amsterdam’s 6 Best Haring Stands and I ate the evidence.