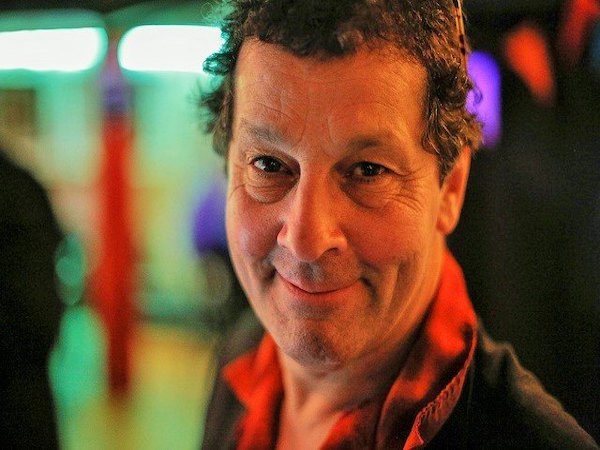 This is a new series where we go straight to the heart of the matter with the head of a local cultural centre in Amsterdam. First up, it’s Mike Manicardi, the director of the Badhuis theatre in Amsterdam. He gives us the answers to our 10 questions:

Q1. When and why did you come to Amsterdam?

I came to Amsterdam in 1976. I was on tour with Theatre Slapstique, a young music theatre company with a small Arts Council grant.  We were invited to play at the Festival of Fools in Amsterdam, after success at the Roundhouse in Camden town in London. Margaret Thatcher had killed all the Small Arts Centres in the British Isles. We saw the “Prince of Wales “ Pub in Brixton burning down as we drove to the ferry. We were on our way to play in Bochum and we won a prize in Rotterdam at the theatre Lantaarn. After that, we got invited to come to Amsterdam.

Q2.Was ‘an actor’s life’ always for you?

Yes. I earned my first money with theatre at the age of 12 and after that, I wanted nothing else. Apart from playing Football like Georgie Best. (which I couldn’t ) 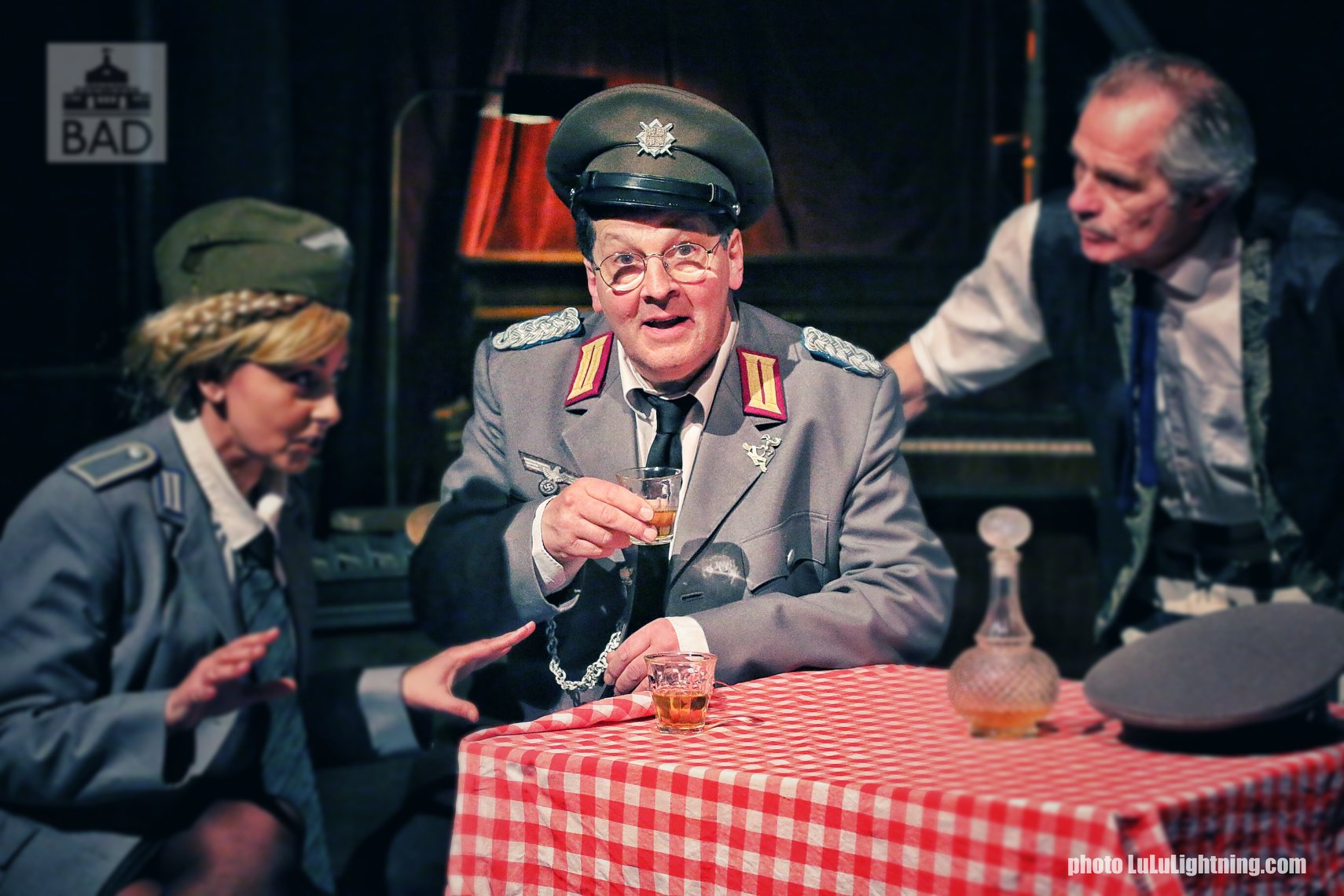 Q3. Where is the craziest place you have performed and why?

The craziest place was Antwerpen. It was during an open-air Festival in 1990, with my friend and great Afro American actor Frank Sheppard, ( died January 2021). We did a satirical stand-up comedy show and almost got killed by the (Right wing)  Vlaams Blok. We had to hide in a sandwich shop. We went to the police to do a declaration and got told to piss off. 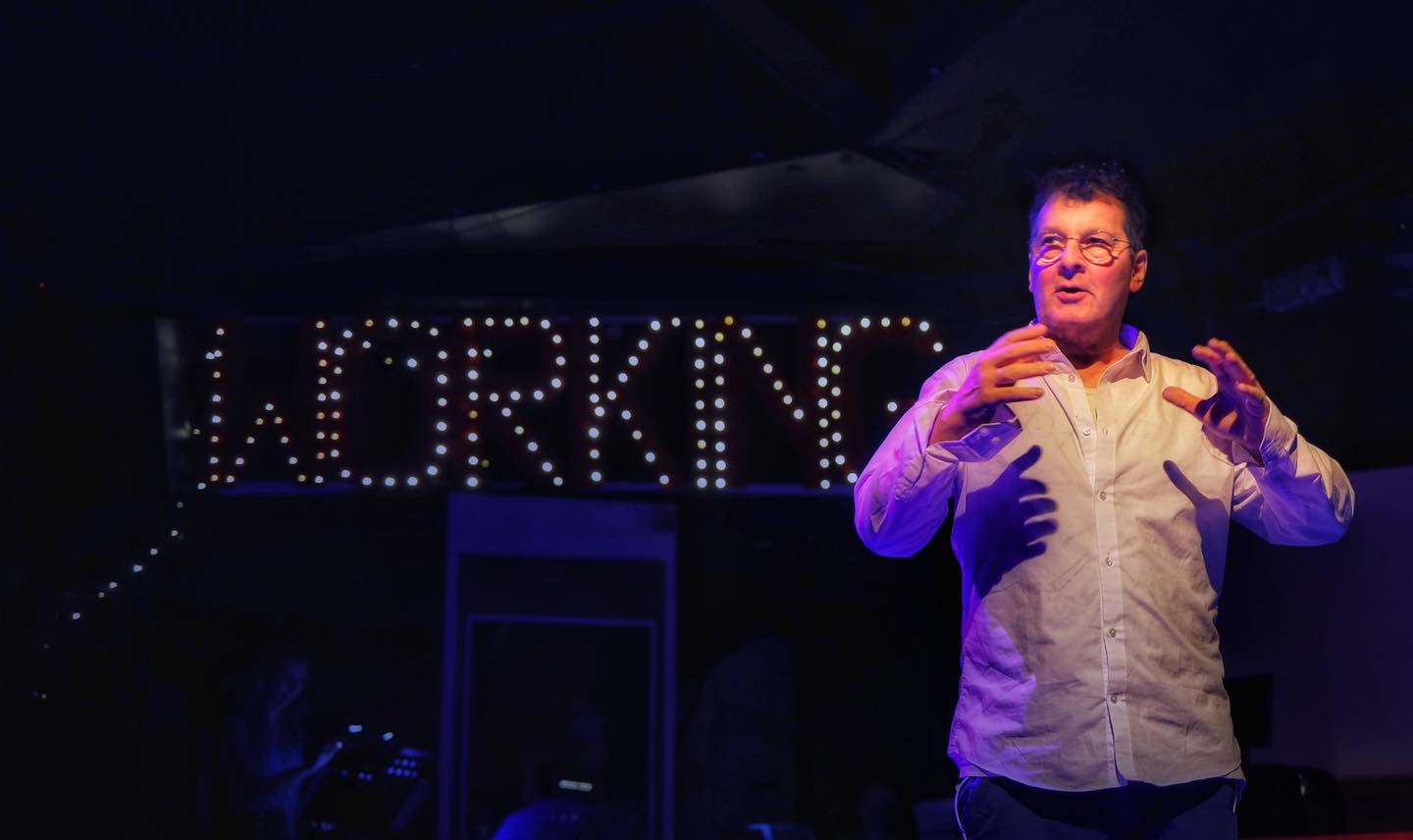 Q4. How did you become an Amsterdam theatre director at the Badhuis?

I had done a number of theatre productions in the Netherlands and I was invited by the City Council to set up a community theatre project in Amsterdam East in 1982. We made 3 years of good shows, with young Dutch actors.  They had the wrong accents: Limburg, Vries, Rotterdam ( in 1980 you couldn’t get into a Dutch theatre school if you didn’t have an ABN accent, they used to call it ).   It was in the old squatted BUS Garage/endpoint, behind the Wibautstraat, where the HVA is now. After 3 years of sold-out shows, they pulled the building down. We were cheated out of a new theatre they built in the neighbourhood as a result of our work. But they gave us the broken down Badhuis instead. So we started building. 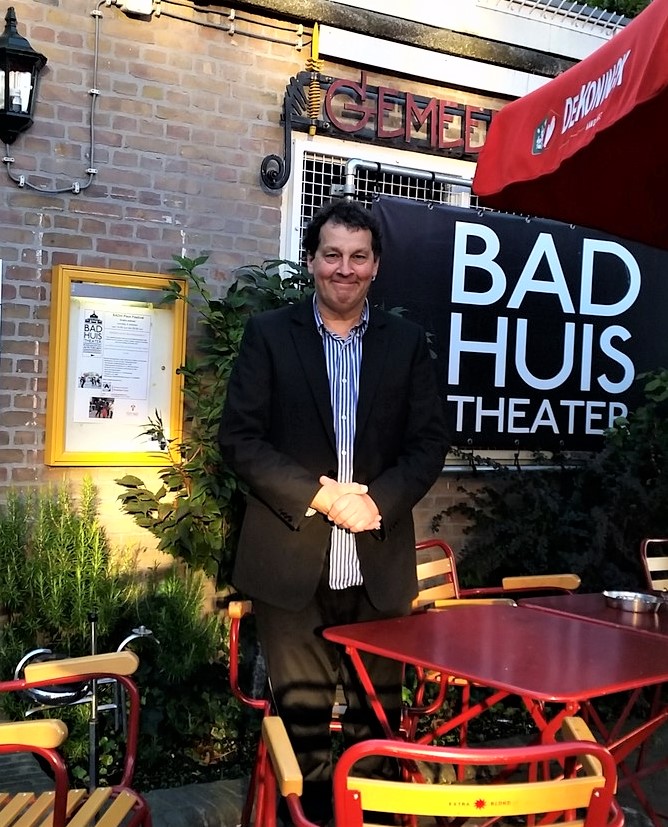 Q5. How has it been going through Covid time for a theatre?

For a small theatre, it’s a hundred times more difficult than a big subsidised theatre. The big subsidised theatres got rich during Covid, from all the extra help. There was next to no help in 2020 for the smaller theatres. Somehow we made it work, with support from our community. “you get by with a little help etc..”

Q6. Where does a theatre director go for entertainment?

Home, to watch “ Peaky Blinders.”  With a Guinness and a good dinner. 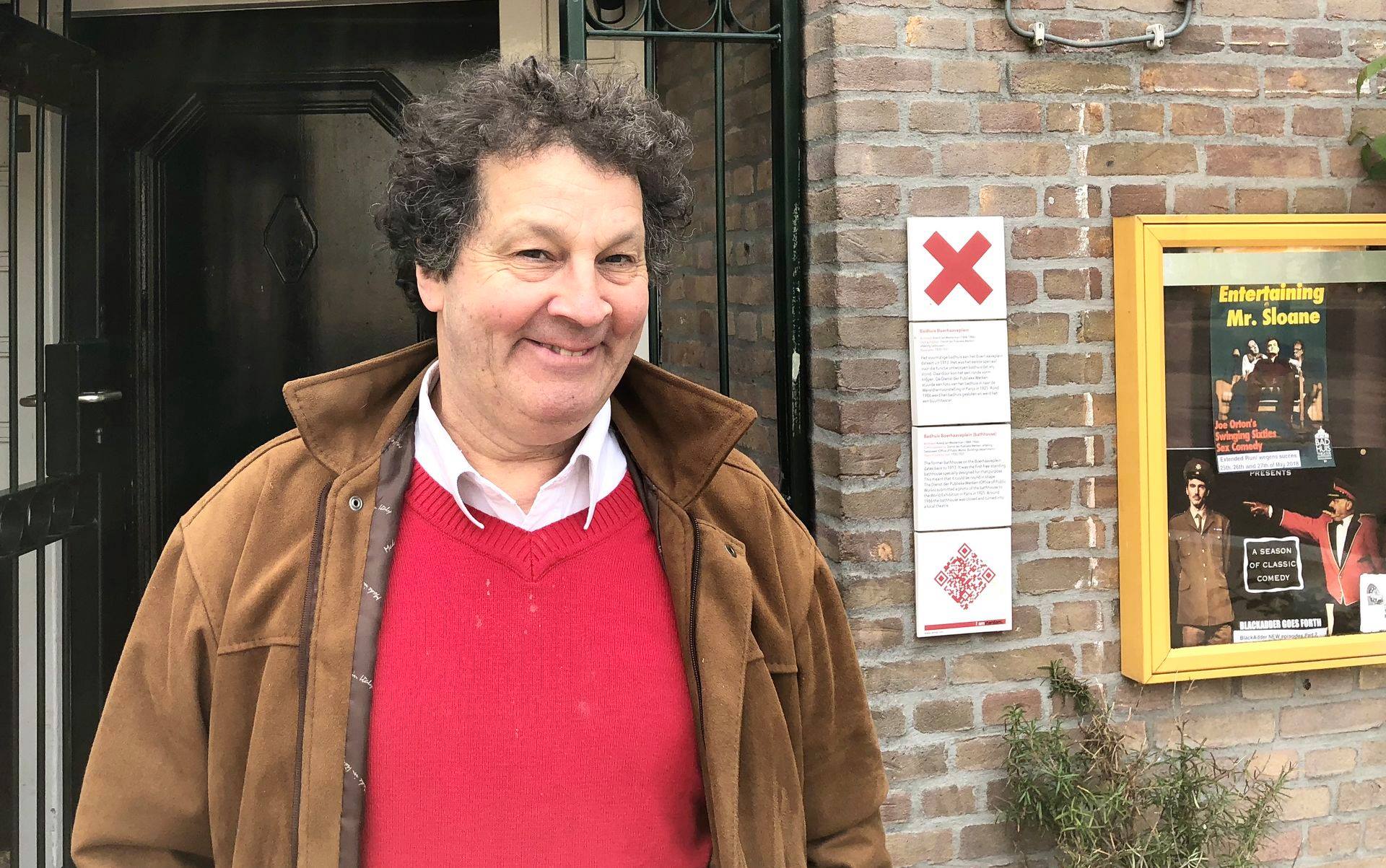 Q7. What have been the recent big changes at the Badhuis?

We’ve rebuilt a 1.5-metre audience system, with plastic divisions,  made a new kassa and an extra entrance /exit. We’re building new dressing rooms for the bigger companies that want to come and play. We have painted the theatre and the floor and,  have new chairs and new podia.

Q8. What kind of other events do you have at the Badhuis?

We put on companies who have success with their audiences. Otherwise, it’s a waste of time. 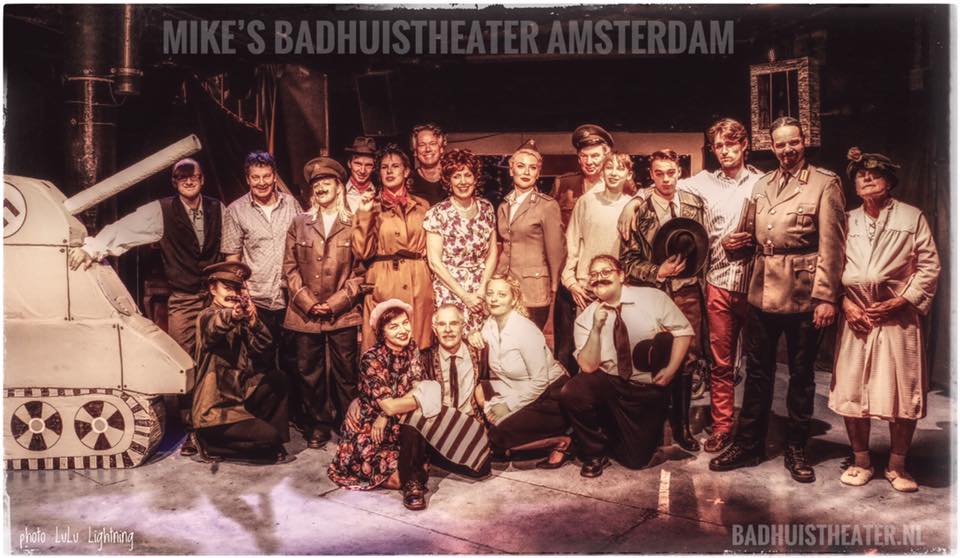 Q9. What’s next on the agenda at the Badhuis?

“The PlayGIRL of the Western World “ by  Synge from  28th May until 6th June and 17th until 20th June. It’s our own production from Badhuis International. We have a great young cast, with Laura Psara as The PlayGirl and Jimi Rocco (who played SVEJK in 2020 ) as the PlayBoy…they are both just 20 years old, just as in the script. We also have our regular actors, Paddy O’ Connell (the Paycock in Juno and the Paycock 2016, as Michel James Flaherty the Publican.) And Pep MaCruairie as the Widow Quin. 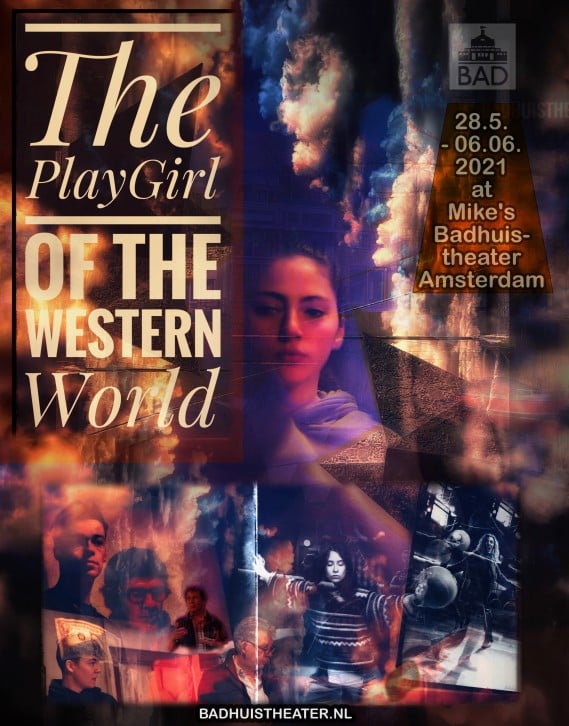 Get tickets for The Playgirl of the Western Front

Q10. Lastly, what is your favourite play you have ever seen?

Shakespeare’s Scottish Play when I was 11 years old at primary school, In the open air, in a forest, on a school outing. With pretty hopeless amateur actors. But, it just blew me away, and all I  wanted to do was act for the rest of my life.

So there you have it directly from an Amsterdam theatre director. Thanks, Mike for taking the time to answer our 10 Questions.

More of our local blog articles:

Why we LOVE the Museum Card 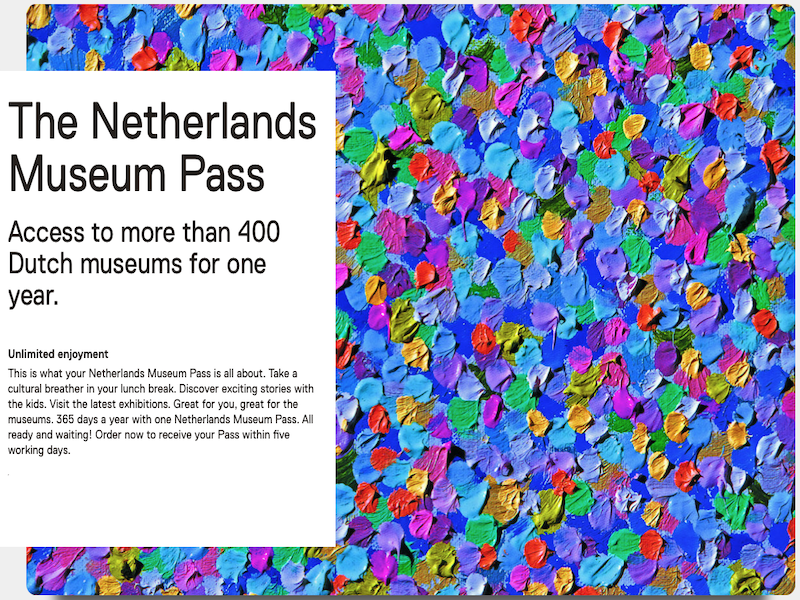 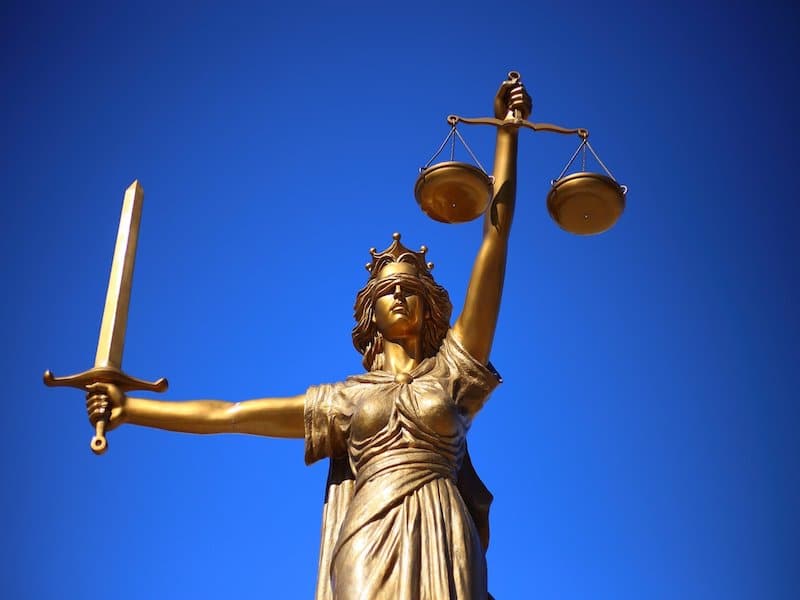 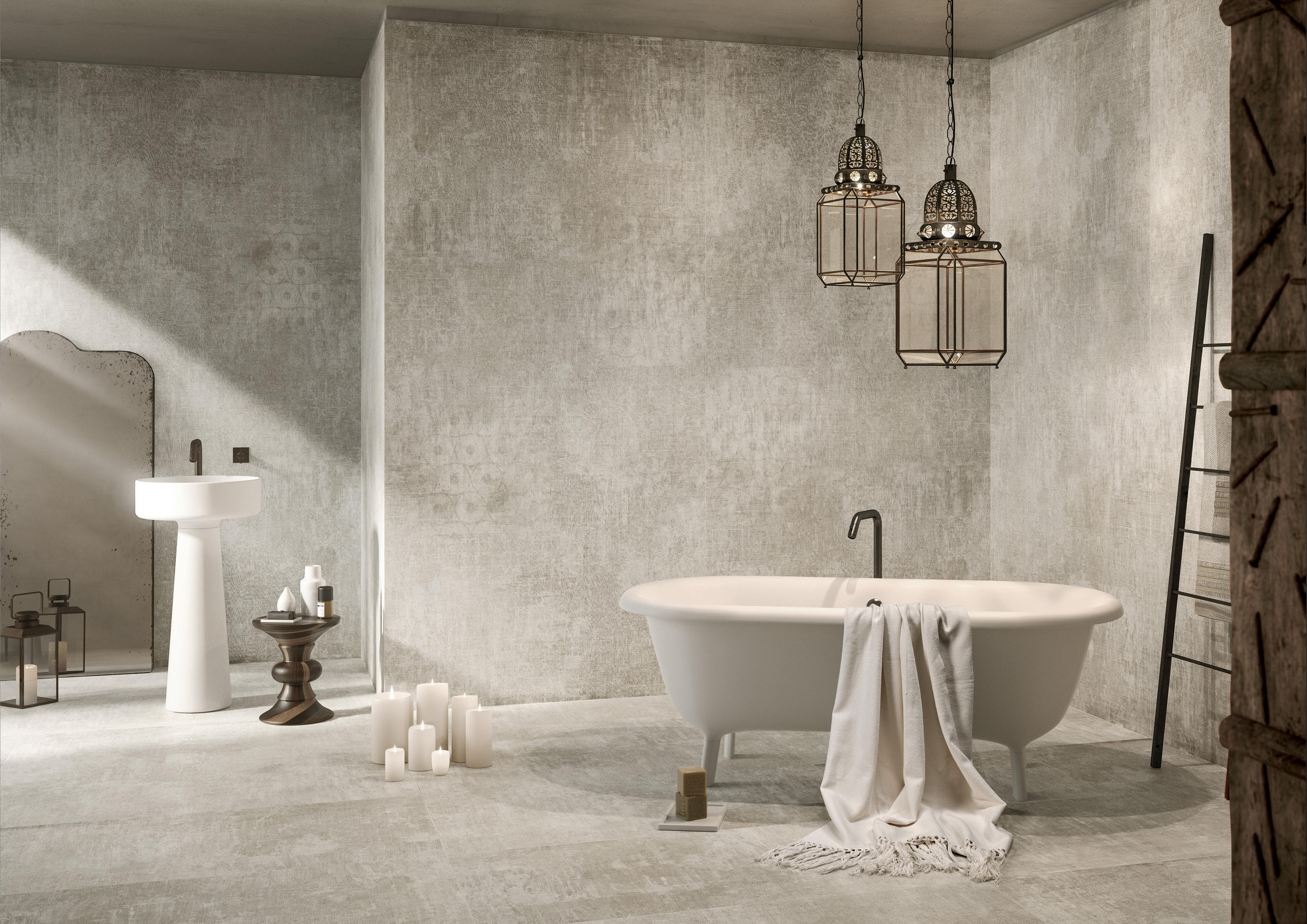