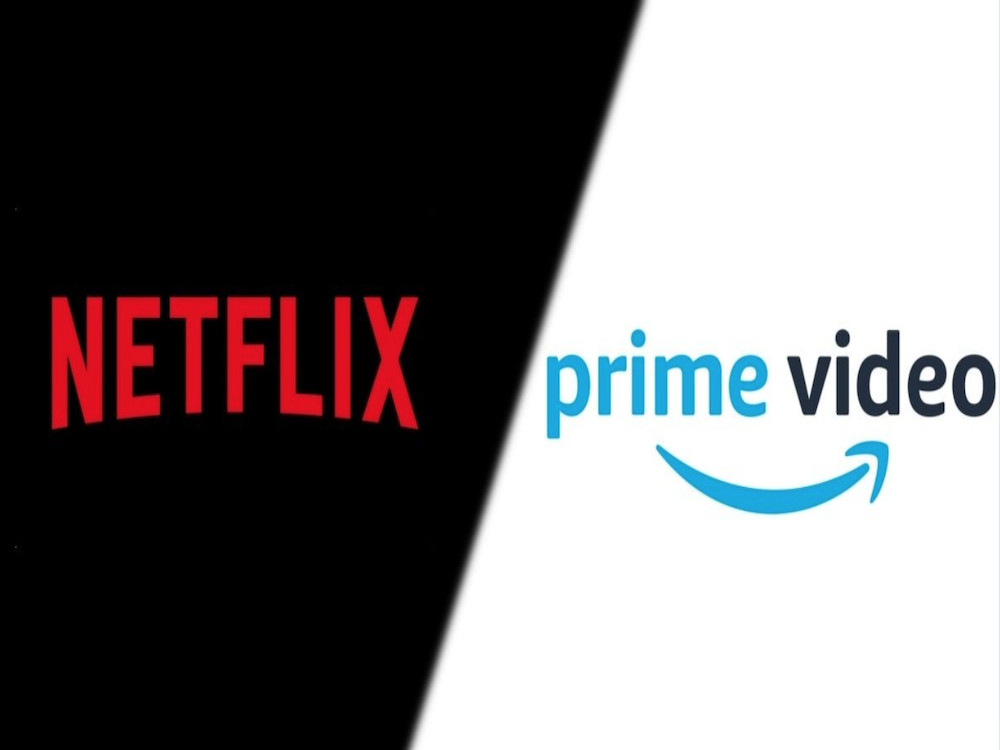 7 Streaming Video Recommendations – It seems there are brighter days ahead. The signs from certain countries seems to be showing that lock down is finally bearing fruit. That is a great sign. so let’s keeping staying in and beat this virus. Because we are at home a lot more, we all have a lot of time on our hands at the moment. Kids or no kids at home, there is more time to catch up on all the TV series on streaming we have been hearing about. We can’t go to the cinema any more and we all love to be entertained with great content to take our minds of the virus. I am always on the look out for great content. There is so much choice and it is very easy to get locked into a series that you kept hoping will improve, but 10 episodes in, you realise that episode 1 was the highlight. So with that in mind, I have compiled a list of some great content I have seen recently. So cut the trip wire near the front door and stop whittling arrows, you won’t need them. Relax and watch one or more of the following.

I have had one serious lifelong allergy that has served me well over the years. That is, I am totally allergic to Adam Sandler films. I am 99% certain I have not missed much. Of course, I am also aware that he has a fairly solid fanbase, composed mainly of men with low requirements in terms of comedic content. I get it, I do. Different people like different things. That is the way of the world. I can live with that, but I still steadfastly refuse to watch a film with Sandler in it. Until that is, something shocking happened. I found myself watching a trailer for ‘Uncut Gems’ and it looked amazing. But, but, Adam Sandler is in it. It clearly wasn’t a comedy. What was I to do ? Break the habit of a lifetime ? If you see the trailer, you will quickly realise I had no choice. It is a two minute long overview with non stop dramatic tension. So yeah, it really draws you in and before long I was watching the full feature.

Everyone should be given a chance at redemption, even Adam Sandler. The film itself is excellent. It is a non stop roller coaster ride of constant tension. I am not going to discuss the plot here. The main point here is that many people who have the same allergy as me will decide to skip this film. That, I openly admit, would be an error. I would even going this far : Sandler deserves an Oscar for this performance. You feel like you are watching a young Al Pacino. You see what he’s done to me? Do you see ? This is the hidden uncut gem of these recommendations. Watch it!

Speaking of Al Pacino, he actually is in this fine show on Amazon Prime. It is based on some real events and hyped up to the max by the need for the largest possible viewing audience. The 10 episodes of series one have more than enough in them to be a binge watch series. The acting is excellent and the narrative ticks along with plenty of intrigue and surprises. It is a slick production with quite a few bits of dark humour and comedic moments. It is set in 1977 and if you watch every scene with detail, you can clearly see all the effort that has been made to recreate the late 70’s in New York.

We all knew that the Americans and the Russians divided up the German scientific community at the end of WWII. It was the brain drain that led to the space race. In Hunters, you learn that some of the ex Nazis are intent on building the 4th Reich. The other driving backbone of the story is a raggle-taggle group of Jewish people and some add ons that are out to track the nazis down and exact decisive justice on them. These are the Hunters themselves. The episodes tick along apace and the tension is high most of the time. Some of the best parts are the cutaways scenes that are full of inventive dark humour. Well worth watching, plus the fact that I will watch pretty much anything with Al Pacino in it.

Several people had recommended this series to me, but it took me a long time to finally get around to watching it. Maybe it is the fact that is a Belgian-Dutch series that slowed me down. Possibly, but I am not sure about that. I can tell you this though, once I had started watching it, I was all in. Set in Limburg, it follows a couple of undercover detectives who go to live in a holiday home. A major gang of local drug makers inhabit the campsite and the police want to find out what they are doing and shut them down.

While I was watching it, I kept thinking that this is the Dutch Sopranos. You get to know the criminals quite well and in some ways you grow to like them. The narrative builds slowly at first and then becomes very very tense, very fast. The action skips along gingerly and it is entertaining enough to lock you in.  The other thing I really liked about it was the fact that it is a Dutch production. Obviously, I couldn’t have watched it without the English subtitles, but I did enjoy picking up pieces of vocabulary and expressions I wanted to learn. It hits that sweet spot of entertainment and education. Ja hoor!

The Missing – On Netflix

This one I had not heard of and came to me as a recommendation and I am more than happy to share it here. If you love a solid drama full of mystery and plot twists, then it does not get much better than this. There are three series of The Missing and they are all top quality. As I mentioned earlier, the streaming services are awash with content and it is hard to find the real gold. This is another gem and deserves to be watched. The three series all revolve around the central theme of missing children that have been snatched or kidnapped from their parents. In each case the semi-retired French detective is brought on board to assist the police in their investigations. He is Julien Baptiste and is played by the excellent actor Tchéky Karyo.

Make no mistake, this really is high end entertainment all the way through. The acting is top notch and the sets and locations across Europe are stunning. The fact is, that the scripts are pretty much faultless and throw in clues and red herrings to keep you guessing all the way through. The writers Harry and Jack Williams have hit a gold vein of writing here and that is central to the quality of the series. The third instalment is actually considered a spin-off for some reason and more content will be coming soon, so we will see more of mercurial detective Baptiste again in the future.

If it is laughs you are after, this is your safest bet. There are tons of comedies out there at the moment, but few that deliver the goods quite like this does. It is well written and acted all the way through and the curse of the ‘difficult second series’ did not apply here. It is very British to the core and an excellent satire of the slick salesmen that dominate sectors like double glazing or selling second hand cars.

If you loved the inbetweners, you will love this. I thought that having two actors from that show in this one would be a problem, but it isn’t in the end. You can manage to forget their previous incarnations enough to enjoy them here too. An excellent situation comedy.

If you are a fan of the Bourne films staring Matt Damon, you will most likely enjoy the Treadstone series. It has all the usual ingredients the films had : high octane chases, great fighting scenes and sets that criss cross the globe. Ok, it’s not high brow in any sense, but it delivers on a different level. It is pure excitement and action and a joy to watch if you just want something that you don’t have to think too hard about.

A nuclear warhead is missing and sleeper agents from the Treadstone program are being activated across the world. These are highly trained agents living normal lives until they get the signal to begin their missions. It is all quite tightly held together and the historical flashbacks provide lots of context for what happens in the present day. All in all, this is great entertainment and well worth a look.

The Looming Towers – On Prime

This is another one that came to my attention by way of a recommendation. It had not jumped out at me and I had not heard anything about it. However, it is a top quality piece of entertainment. It is a drama based on the true events that led up to the attacks on the WTC towers in New York City. The 10 episodes are the story and background of clashes between the FBI and the CIA and the lack of information sharing that caused the planning of the attacks to go unchecked. It is an impressive piece of work throughout and the acting is nothing short of excellent. It has action and tension in it for sure, but this is more about telling the story of the failings of the intelligence services. It also paves the way to how the Americans shaped their actions after the attacks and why. One to watch.

So there you have it, 7 streaming video recommendations that I really enjoyed recently on streaming services. What would you recommend ?

For more great blog articles like this, visit out blogs section here.